Maripan signing adds vital quality at the back for AS Monaco 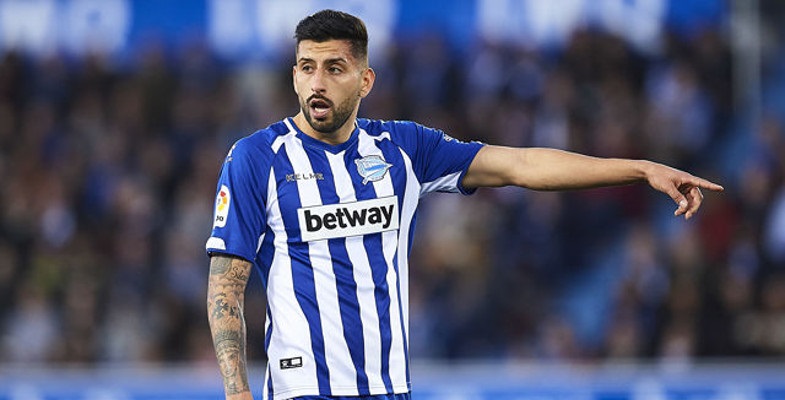 Needing some defensive reinforcements before the end of the transfer window, AS Monaco smartly addressed this issue with the signing of Guillermo Maripan.

Acquiring him for a reasonable €15 million following his breakthrough season in La Liga with Alaves, the Chilean international will add vital quality in this area of the pitch.

Despite enduring some initial struggles at Alaves, he made the most of the chance afforded to him when Rodrigo Ely got injured last year and never looked back. Going on to form a wonderful partnership with Victor Laguardia during his time at Alaves under Abelardo, he leaves them as their most expensive outgoing transfer and as a highly regarded performer for both club and country.

“Maripan is a very young player, he is only 25 years old, he is international with Chile, he has a great capacity for growth and during the last matches, he has evolved a lot, he is doing very well, he is very imposing. And despite his size, he is fast in the duels and he anticipates well,” explained Oleg Petrov, Monaco’s Vice President and General Manager.

Positionally sound and with fantastic awareness, this forms a formidable foundation from which to undertake his work. Always scanning his surroundings, this allows him to gain an updated mental imagery of his environment so he can keep tabs on any nearby markers and take up ideal positions in relation to his defensive line.

It’s therefore unsurprising that he diligently tracks runners, for he’s wide awake to where they’re situated and when they begin their runs. Seeing as he’s not the quickest, his intelligence and tactical understanding make up for any shortcomings in speed. Superb challenge to nullify the danger after tracking his man sternly

So quick to react to opposition movements, this, allied with his reading of the play, not only sees him monitor depth runs, but also respond sharply when an opponent drops deep or he when he needs to cover a colleague. This also extends to when he’s dealing with runners into the box, where he does a fine job of getting goalside to limit the available options for the opposition.

It’s been especially positive to see how he shifts across when his defensive partner steps out to challenge his marker, which allows him to fill the gap left behind and look out for runners hoping to exploit the space. Extremely good positioning and awareness to cover his teammate

Also picking his moments smartly when to respond to pressing triggers, such as an opponent receiving in an open body posture or with their back to goal, this ensures his man can’t turn him or enjoy freedom to execute their actions.

By constantly looking left and right to check on the organisation of the defensive line, he communicates well with his comrades, in order to maintain good spacing and compactness. Showing some promising leadership signs, Maripan should be able to come in and help his new teammates pretty quickly once integrated.

Getting so many fundamentals spot on, the concentrated central defender importantly doesn’t make many errors, as he exercises excellent judgement in his work.

His decision making notably transfers into when he’s applying his interventions. Be it interceptions or tackles, there’s a lot to like about his thoughtful yet forceful approach. Supporting his fullback and applying a vital intervention

Aided by his long legs, this enables him to stretch out and nip in to recover possession but also when he’s in 1v1s, where this enhances the difficulty his foes have of getting past him.

Standing a towering 193 cm tall, Maripan holds his own in aerial confrontations too. Using his size, strength and capacity to read the ball’s flight, he’s a real asset in this regard. Able to remain balanced and fend off opponents while fighting to win headers, there’s not too many forwards that get the better off him here, as he’s a threat on set pieces (both defensive and attacking) and crucial towards winning second balls. Meanwhile, on the attacking end, the former Universidad Catolica star’s a tidy contributor here too. Composed and calm on the ball, he moves the ball with accuracy and smarts. Possessing good vision, which means he quickly spots when a teammate is in an ideal position to be an outlet, he’s capable of playing some incisive vertical and diagonal deliveries.

These come in the form of diagonal switches of play, through balls in behind or penetrative line breaking passes into the feet of attackers. Fantastic switch of play to the far side Superb through ball as he spots his teammate’s run sharply

It’s also important to note that if the progressive option is too risky, he’ll calmly recirculate the ball while waiting for a weakness in the opposition block to exploit. Not one to needlessly give away possession, the way he handles pressure and remains level headed sees him make coherent decisions.

A competent dribbler to boot, if he recognises an opportunity to drive upfield, he’ll do so. In such instances, not only is he intent on gaining territory but also so he can provoke a pressing action to free up a colleague further up.

Having previously attracted interest from the likes of Barcelona, Arsenal, AC Milan and West Ham, Monaco’s signing of Maripan is an astute piece of business indeed.

Set to come in and be a starter for Leonardo Jardim’s side, who are winless from their first three matches and have already conceded eight goals, his presence should be of huge benefit to the Monegasques.

Looking forward to the challenge ahead and keen to further establish his reputation in Europe, Maripan’s move to Monaco is a brilliant one for both himself and the club.