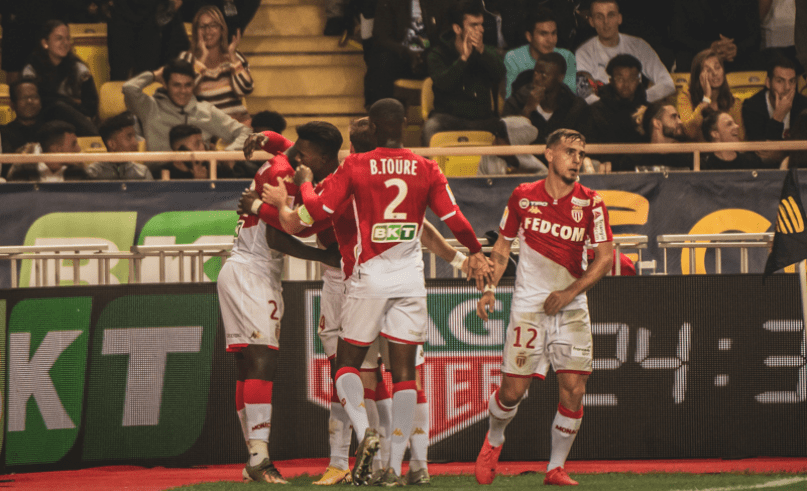 Coupe de la Ligue action – despite a reworked team (four changes in the starting lineup) and a motivated opponent, AS Monaco has confirmed its good form at the moment by defeating OM (2-1). Augustin and Aguilar scored, Fabregas was injured but Ben Yedder got some strategic rest… A look back on this beautiful autumn evening.

In the center circle, the faces of OM players were grim. At 11 pm last night, the referee whistled the end of this game counting for the 1/16 elimination round of the Coupe de la Ligue and Monaco had just beaten their Phocaean opponent (2-1). A deserved qualification throughout the match, especially in the first period when the players of the Principality were effective and often brilliant, like Jean-Kévin Augustin, author of his first goal in his new colors (25th minute) and involved on the second goal registered by Ruben Aguilar (40th).

Heading up against Saint-Etienne with full confidence

OM pushed late in the game and, after a frustrating moment for Monegasque keeper Benjamin Lecomte (77th own goal), the defense of the ASM had to double down on their diligence. With a quality Maripan and a Badiashile that asserts himself more firmly week after week, the three-way axis eventually mastered the situation and displayed a real solidity. Among the other satisfactions, was the XXL performance from Golovin in the middle alongside Benjamin Henrichs who showed merit in his role.

The only real problem of the evening: the early exit of Cesc Fabregas with a thigh injury. He could miss the next Ligue 1 match away at Saint-Etienne, Sunday evening (9 pm). But the ASM has never seemed as serene as it is now. Three victories in a row, a small streak that we have all waited some time for.