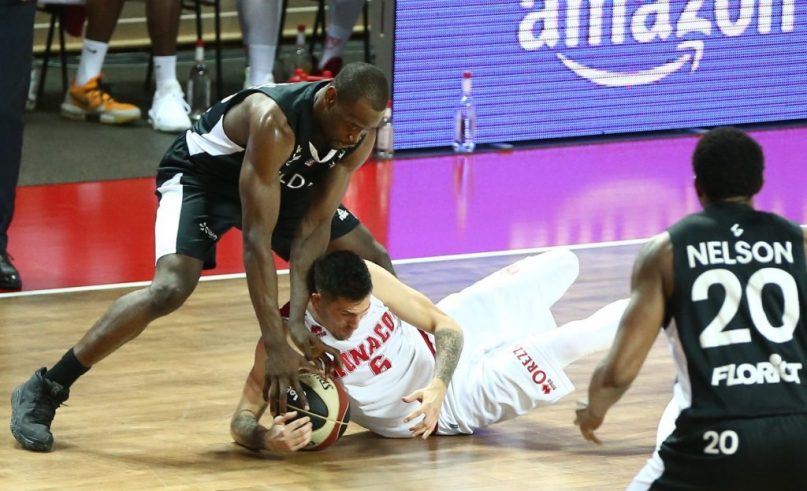 It’s been a tough week for ASM basketball! After losing to Maccabi Rishon in Israel in Eurocup play, the Roca Team tasted their first Jeep Elite defeat on the BBD floor in Boulazac (70-74). Despite a good start, the teammates of JJ O’Brien failed to contain the home team’s enthusiasm. The Roca Boys will have to bounce back this week at the Gaston-Médecin arena against Ulm (Eurocup) then face Strasbourg in the league.

It’s a bit like a law in basketball. In the space of one week, a team can fall off their pedestal without really knowing why. The Roca Team seemed untouchable since the start of the season, and they have suffered two losses in a row. The coach is doesn’t seem to care for any excuses for this first defeat in the league. “We were on a second road trip, with little time to prepare for this match. But this is not an excuse, we must always keep a certain level that we did not have tonight,” he said on the club’s official website after the match.

Little success from the free-throw line

However, the ASM thought they might eke out the win as they went up by 4 points with three minutes left in regulation. But the Boulazac team went wild, carried by a galvanized crowd. How did the Roca Team fall behind? A poor showing from the free-throw line that leaves much to be desired (50%) and too many poorly chosen 3 point shots in the course of the second half. Be that as it may, Boulazac turned over the ball often but the visiting team simply lacked enough precision to capitalize on these mistakes.

After 4 consecutive away games, the club will return to the welcoming home crowd in the Principality with two appointments in a row at the Gaston-Médecin arena against Ulm (Eurocup, Wednesday at 6:45 pm) and Strasbourg in the league, next Saturday (8:30 pm). The goal is obvious: to show that this difficult week was only a blip.