Thomas Capiten: “I would like Thalas to become an idea, because nothing can destroy ideas” 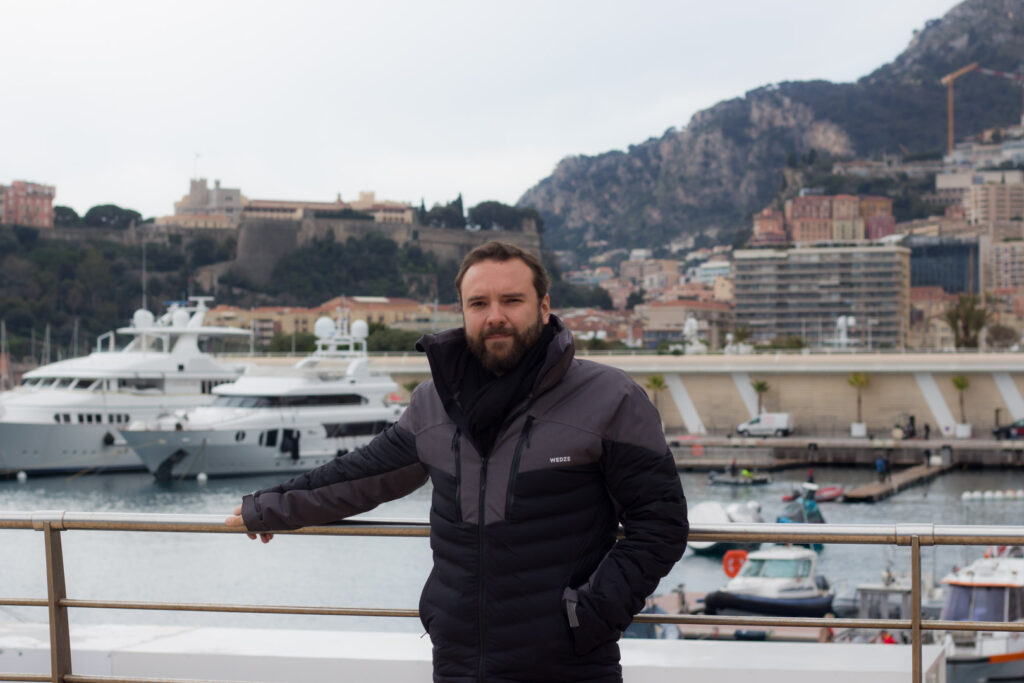 Several years ago, after leaving his job in the industry, a crazy idea was planted in Thomas Capiten’s mind: to travel the seas and oceans of the world by catamaran. Over time, the Thalas expedition took shape and became a real family adventure.

Beyond the simple personal challenge, the Thalas project is intended to be educational, a link between younger generations and the marine environment, which today is under great threat. To date, 750 schools have joined the initiative, as well as 17 engineering schools and around ten sponsors, including the Prince Albert II of Monaco Foundation. What started out as just a drop of water in one man’s mind could eventually trigger a wave of inspiration and change for the whole of society.

We met Thomas a few days after his return from Paris, where he was invited to present Thalas Océan to members of the French National Assembly. Despite the somewhat tense social and health context, his project still received a lot of support. In a few weeks, he should be meeting two French ministers.

Although Thomas remains very confident and optimistic for the realisation of Thalas, which is due to leave Monaco in September, he is still looking for a banking partner. This last essential source of funding will enable him, accompanied by his wife and their two daughters, to hoist the sails for an expedition that will last 5 years.

You have just returned from a stay in Paris where you were able to meet elected officials and introduce them to Thalas. Are you worried about the social and economic context? Could it have an impact on the project?

Yes, it’s true that the context worries me, but I am a natural worrier anyway! When I started fundraising in July last year, it dawned on me after four months that I was having trouble getting people to listen. Now we’re way behind schedule because we’re still short of funding, so the start has been pushed back to September. Still, it’s not bad, far from it, but a project like this is always complicated to set up.

I’m very vigilant about current events, especially if grants are awarded to us. With Thalas, we have chosen to contact large companies to become partners. They are often established in the energy sector, which is known as a polluting sector.

By including them in the adventure, it is to give them a voice, so that they can defend themselves against the attacks they are regularly subjected to. It is not by constantly criticizing that we can build anything. By linking them with Thalas, we can prove that a large company can engage in an environmental expedition. All the more so because many efforts have been made in this sector, such as real investment campaigns in alternative and renewable energies.

How would you sum up Thalas’ environmental aim?

Concretely, Thalas’ objective is to go and meet the “heroes”, those who act at a local level, and give them a public platform which is yet to be aware of environmental issues. On the other hand, we want to provide them with logistic and engineering support to enable them to innovate and broaden their field of action.

These local heroes are a pivotal actor in helping children understand the mechanics of the ocean and realize that everything related to the environment is in some way linked to the ocean.

I would like to create dialogue and a mutually beneficial relationship between these actors who don’t communicate, to highlight good deeds. It is not to say that all is well, but to avoid feeling guilty. Putting emphasis on the people who take action also means giving the opportunity to copy them or to give them some help.

Today, we are at a turning point. Either we preserve our planet and destroy the current economy, or we change economy and maybe we can find a middle ground.

Where does this taste for the ocean come from?

I grew up in Cherbourg, Normandy. My family owned a shipyard, and my grandfather had a boat. I’ve been going out on the water since I was a kid. When I was a teenager I used to ride my moped to the edge of the ocean to listen to music and watch the waves for hours. I have always lived near the ocean, it has always been a necessity to have it close to me. It’s very difficult to explain. It has always been a part of my life. Even when I’m in the country, I look for it everywhere.

Before Thalas, you worked in the import/export and industrial field. Why did you leave your job?

I had two revelations. The first, a little less than ten years ago when I was in Gabon for business. I went through Port-Gentil, a very polluted and chaotic city, before I found myself facing the tropical forest. Pure and raw nature. But a little further on, there was no forest anymore, just big machines cutting down all the trees. At that moment, I told myself that I was taking part in this tragedy. I was confronted with a moral problem, which pushed me to change my profession.

My children were the second revelation. They helped me choose. My daughters are four and eight years old and I have to do something about it. I can’t change the world for them, but I can’t stay in a form of inertia either. And if we continue like this, their world is ruined.

That’s how I started the project, thinking that technology and social networks were our allies in showing solutions to children. After launching an appeal, a few schools joined the project. We now have nearly 750 schools in 35 different countries.

The route of the expedition

Are you afraid of what you will find, in terms of the impact of human activity on the ocean, during the expedition?

I know what to expect, but it’s rather the opposite that frightens me. You can’t see that a fish is poisoned by plastic, or what the coral looks like before it bleaches. I’m afraid that everything is beautiful.

If I don’t find anything clear enough, I’m afraid I won’t be able to justify my message. And if the pollution is so obvious, it will be even harder for me to understand why we don’t act.

How will you know that Thalas has been successful?

It is impossible to measure awareness in the short term. The only possible quantification will be through the number of views and interactions, but the actual effects are not quantifiable. We are going to be part of a movement, I would like Thalas to become a label and not just our expedition. Thalas must become an idea, because nothing can destroy ideas, but they can inspire other initiatives.