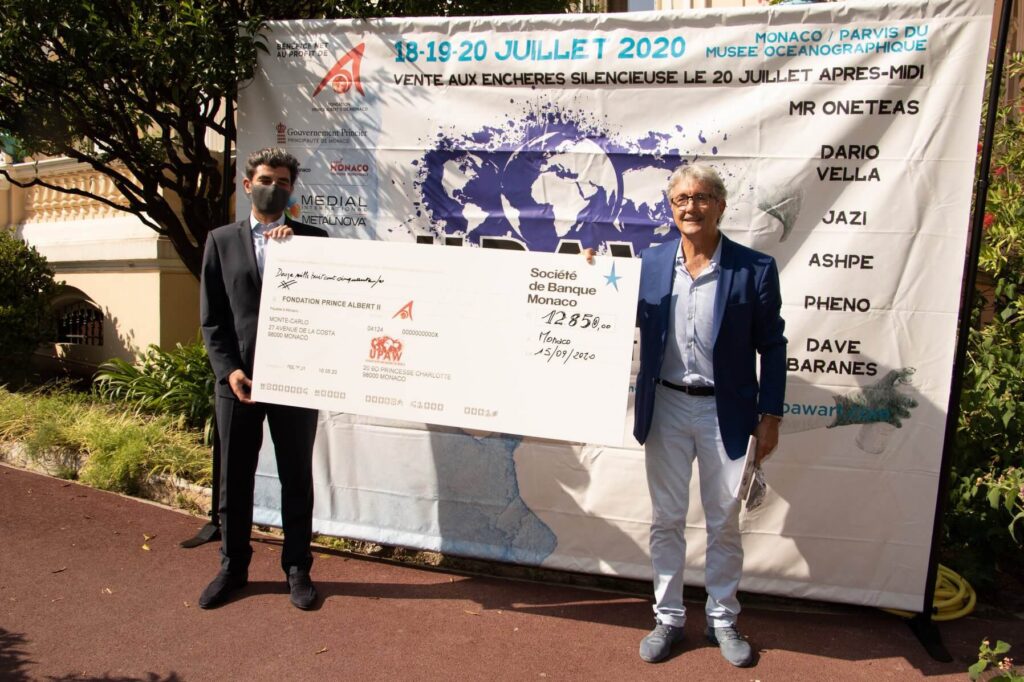 On 16 September, organisers of the Urban Painting Around the World (UPAW) festival gave a €12,000 cheque to the Prince Albert II of Monaco Foundation. The amount will finance initiatives to reduce plastic pollution in the Mediterranean.

In July, UPAW invited six artists to Monaco’s Oceanographic museum for an event that was a blend of street art and sustainability. The artists were commissioned to produce plastic-free works on the theme of the Mediterranean. Once finished, the art pieces were sold during a silent auction.

This week, the auction’s proceeds have been handed over to the Prince Albert II of Monaco Foundation. A total of 12,850€ will go to fund the Beyond Plastic Med – BeMed initiative.

BeMed was founded in 2015 to unite European countries and businesses involved in the fight against plastic waste in the Mediterranean. BeMed promotes practical and sustainable solutions to rid the most polluted sea in the world of plastic waste. To help tackle the issue,  BeMEd also organises yearly calls for projects.