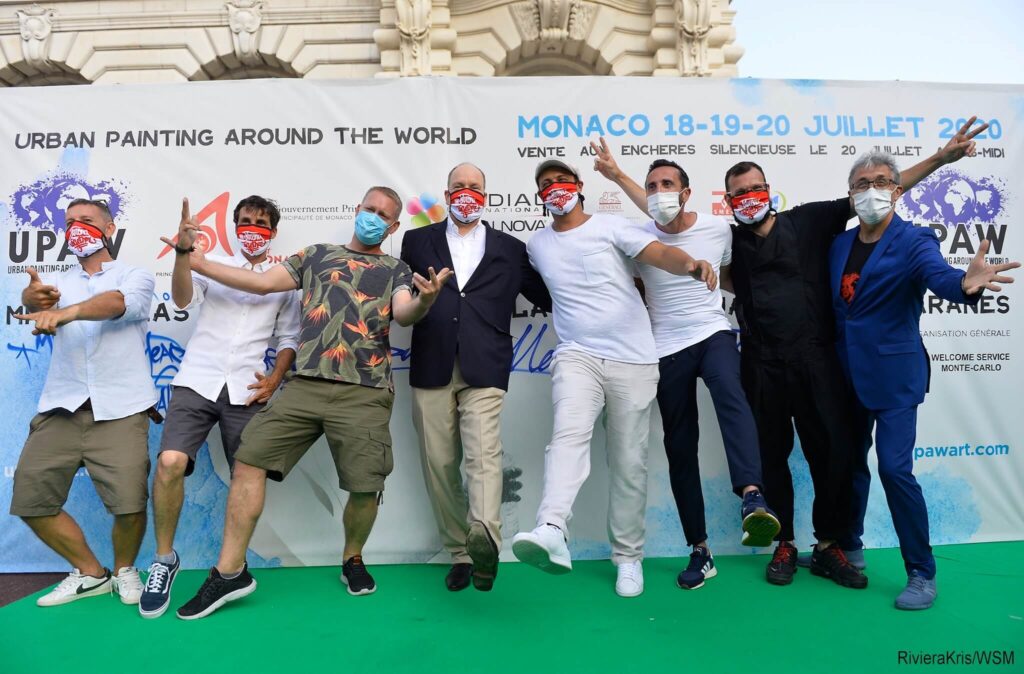 The fourth edition of the Urban Painting Around the World (UPAW) festival closed on 20th July with the traditional silent auction. This year, the artists were tasked with creating two paintings on the theme “Free Mediterranean”.

Six artists met for three days of painting at the UPAW festival, from 18th to 20th July, outside, for one time only, the Oceanographic Museum of Monaco. Combining street art and environmental causes, the event’s main objective is to raise funds which will then be donated to the Prince Albert II of Monaco Foundation.

This year, Mr One Teas, Monegasque artist and Artistic Director of the 2020 edition of UPAW, invited five other artists from across France, Switzerland and Italy. Challenged to produce two paintings in three days, on the theme of “Free Mediterranean”, free of plastic, pollution and illegal fishing. Passers-by were, therefore, able to admire the artists at work, such as one by Swiss artist Jazi, depicting a jellyfish with the infamous slogan, “I can’t breathe”.

Works were then sold at a silent auction on 20th July. The proceeds, the amount of which has not yet been indicated, will be donated to the Prince Albert II of Monaco Foundation’s Beyond Plastic Med — BeMed initiative, dedicated to the fight against plastic pollution at sea. The previous year, festival organisers raised €25,000.