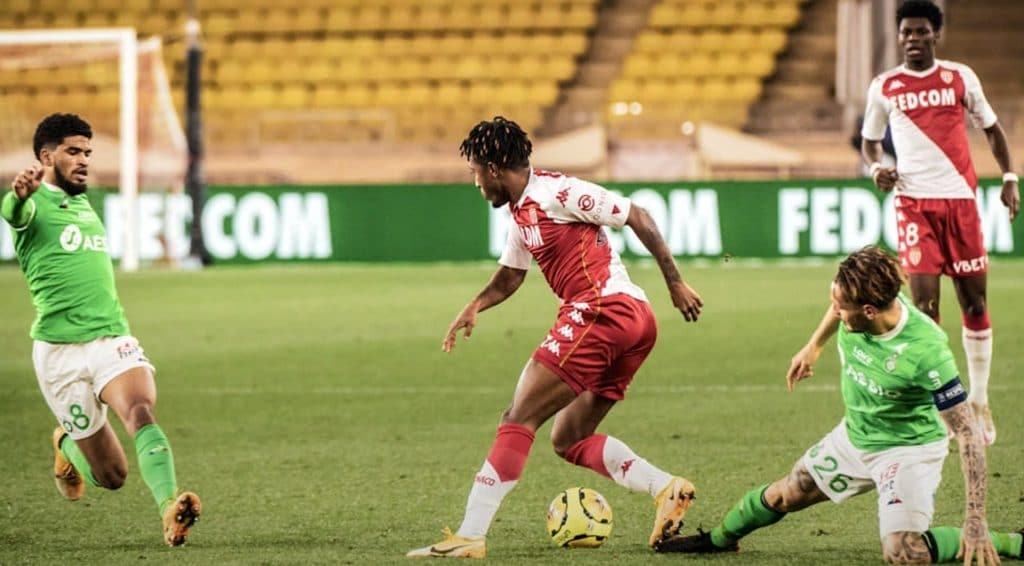 Niko Kovac made two changes to his starting lineup for the match against Saint-Etienne, as Axel Disasi returned to the fold for Benoit Badiashile and Eliot Matazo took the place of the suspended Youssouf Fofana to make his first Ligue 1 start.

Getting off to a perfect start, AS Monaco took the lead in the seventh minute after Sofiane Diop latched onto Wissam Ben Yedder’s magical through ball. Proceedings then took a turn for the worse, as Mathieu Debuchy scored from a corner before Les Verts were granted a dubious penalty eight minutes later, which Denis Bouanga slotted home.

Then not long after, the match’s biggest talking point arose, as Matazo was controversially handed his marching orders. Catching Bouanga as he passed the ball, it was a strange decision to send off the youngster, but following a VAR review the red card stood.

Despite being shorthanded for the remaining 55 minutes, Les Monegasques showed tremendous character and spirit to get back into the game as Kevin Volland leveled the score after some exceptional work by Gelson Martins.

Although Monaco ultimately couldn’t find a winner, it was admirable how they never gave up to earn a draw given the circumstances. Suffering their fifth red card of the season, in a clash that was full of drama, Kovac made his stance clear on the issues, asserting: “From my point of view, there is little point in commenting on the facts of the game. In my opinion there were no penalties or red cards. It’s very clear.”

He then went on to praise the attitude of his team. “In the end, it’s a point gained, given the way that the match played out. We played for over an hour with ten against eleven. The players showed character to go for this draw. We played well in the end, despite the events. So yes I’m happy with this point,” he explained.

Heading into the winter break sixth on the table, the players will now look forward to a deserved rest before facing Lorient on January the sixth, as they’ll be hoping to build on their largely positive opening months of the season.