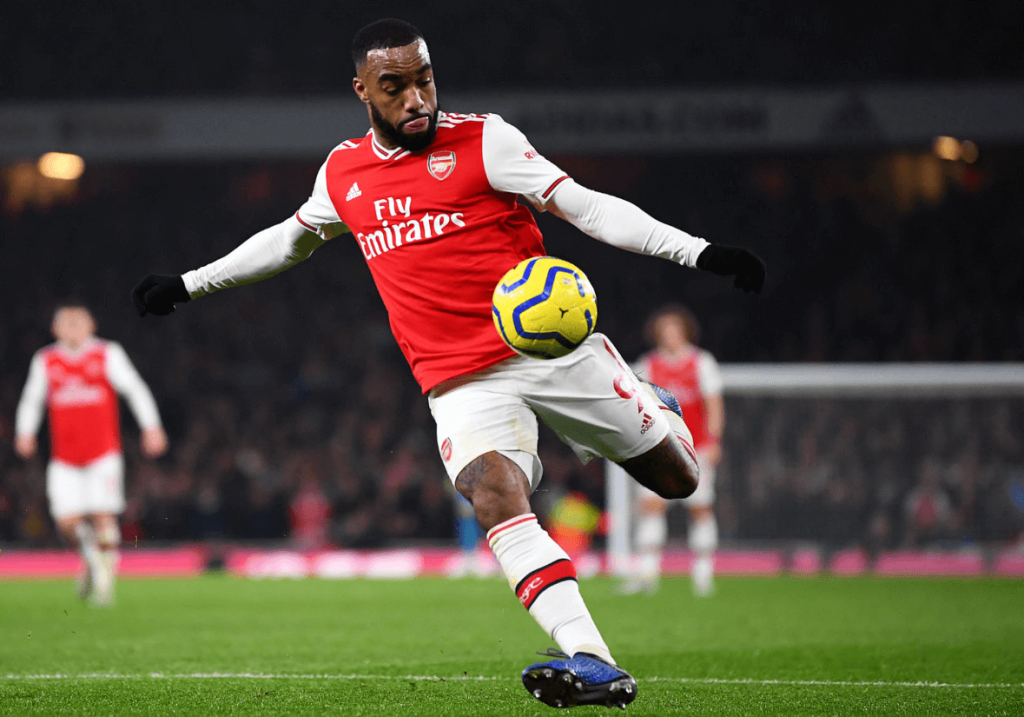 A divisive figure among Arsenal fans due to his lack of scoring production, Alexandre Lacazette has come in for regular criticism during his last two seasons since being named player of the season in 2018/2019.

Often underappreciated for the work he gets through on both sides of the game, the striker has emerged as a candidate to leave the club this summer, which might be the best option for both parties. Considering he only has a year left on his contract at the Gunners and he’s 30, Arsenal are reportedly keen to cash in on the striker now, not wanting to risk losing him for free in a year.

As a result, many clubs have been linked with making a move for the Frenchman, including Atletico Madrid, his old team Lyon and AS Monaco. In the case of Monaco, he’d be a superb addition to their offensive ranks, for he’d complement the likes of Wissam Ben Yedder and Kevin Volland beautifully.

Playing in a side that creates plenty of chances and scored the third most goals in Ligue 1 behind only Paris Saint-Germain and Lyon, he’d relish the service he’d receive from Cesc Fabregas, Aleksandr Golovin, Sofiane Diop, Volland and Ben Yedder.

Knowing the league inside out, if he were to make his return to Ligue 1 with Les Monegasques, it would be a huge coup and statement of intent by the club.

Despite him coming under criticism for his lack of goal scoring in recent times, he’s still a very competent finisher who can score from a wide range of situations and locations. Considering he’s often been starved of chances at Arsenal and does so many other things than just finding the back of the net, this aspect of his armoury certainly shouldn’t be used as the sole metric to define him.

Able to find the back of the net with placement or power, snappy headers, neat dinks, sharp tap ins and from long range, he’s no slouch in front of goal. In addition, how he remains calm in 1v1s with the keeper, is instinctive with his movement into the area (more on this later), uses different parts of his foot, reacts rapidly to rebounds and can score with either foot enhances his threat.

Technically neat and tidy, his first touch and control ensure he’s well placed to get shots off in time reduced situations, dribble away from danger, unbalance markers and link play under pressure with his back to goal. Using his body to shield the ball and protect it from incoming pressure and low centre of gravity to withstand pressure while remaining balanced, these all help his cause.

Then, in terms of his passing, the multifaceted forward can spread the play, engage in crisp combination play using flicks and one touch lay offs, hit some precise through balls and cut the ball back accurately from wide areas.

Possessing good vision and awareness, this ensures he knows where his teammates are so he has an idea of his options before he’s even received the ball, thus giving him an edge to execute his actions.

Concise and intelligent in his movement, this is a vital component of his armoury. So proficient at breaking in behind, he waits for the ideal moment to pounce when gaps arise between defenders, if they’re preoccupied or ball watching. This enables him to attack the spaces between central defenders and centre defender and full back while enjoying separation to make his runs unimpeded.

Good at surging centrally or down the channels, where he ably exploits the blindside of opponents, the pacy striker is undoubtedly a challenging proposition to handle. Timing and directing his runs smartly, this transfers over excellently when he ventures into the area.

Reacting quickly to openings, he knows when to dart towards the front post, back post, middle of the box or when to hold his run to get free as the defence collapses deeper. The way he uses zig zags and double movements enhances his ability to shake off opponents to give him some crucial additional freedom in heavily populated zones of the pitch.

Excelling when dropping deeper to link play, this is a real feature of his game. Identifying his moments when to come short, once he sees a passing lane open to him and a colleague in position to see him, he strategically moves.

Aside from allowing him to link play superbly and form overloads in midfield areas, his aptitude here also pins and drags defenders with him to create space for others to exploit in behind. The examples below offer a fine depiction of this, where his movement manufactures gaps in defensive shapes to take advantage of.

Hard working, possessing an exemplary attitude and a brilliant team player, Mikel Arteta’s recent praise of him sums up what he brings to the table. “He’s key because in big moments and in key matches you need players and senior players who have this experience to make a difference for you,” said the Arsenal boss.

“For me in his style and his development, even though he’s 29, 30 years old, he’s on the right path because he’s ready to learn, he’s doing things in a much better way than before and he really glues the team together. That’s a quality that’s not easy in a striker and he’s got it.”

Lacazette’s comments of his role at Arsenal give an intriguing insight into his unique interpretation of the centre forward position that’s not solely focused on goalscoring, explaining: “The coach puts me as a No 9, but more with a role to play for my teammates and challenge a lot. It is not really a 10 position, nor an old-fashioned No 9 that has to stay ahead and score goals. He knows my qualities and knows that I like to play short and help my team-mates with the development of play.”

Seemingly ready for a new challenge away from the Emirates Stadium, it would be a real boost for Monaco to acquire his services this transfer window. Selfless and such an offensive force in the right system, Lacazette would fit wonderfully into Kovac’s plans if he were to join.

In the case of Lacazette, Monaco will certainly be hoping Arsenal’s loss will be their gain.