Analysis: Why Udinese’s Nahuel Molina would be a superb addition for AS Monaco 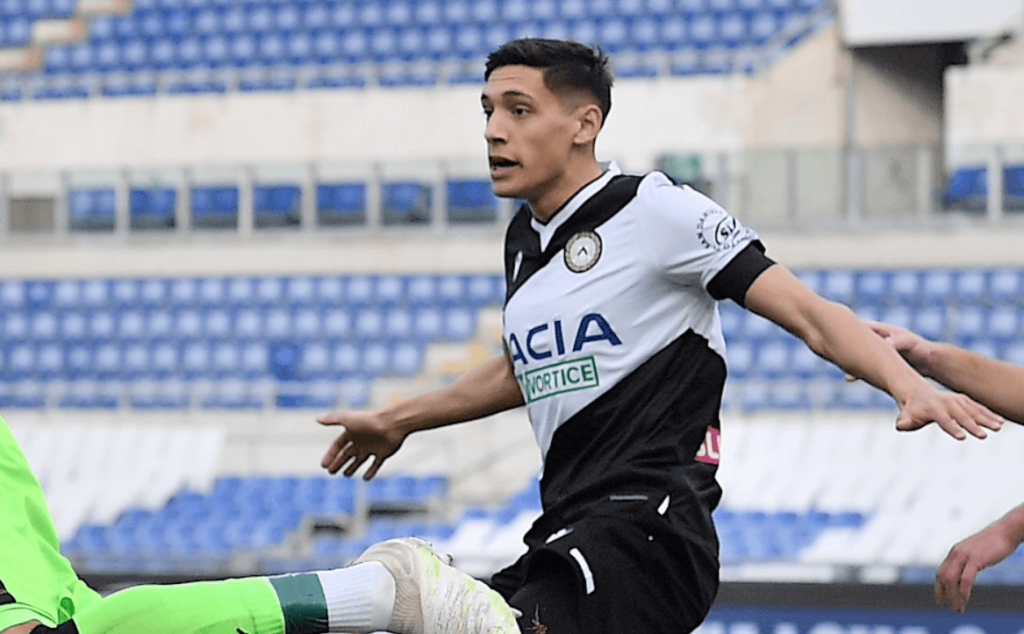 Having come on in leaps and bounds this year, Udinese’s Nahuel Molina is a talent on the rise.

Although he initially struggled at Udinese when he first joined roughly a year ago, as he took his time to settle and learn the intricacies of Luca Gotti’s system and what he demanded of him, once up to speed, the Argentine emerged as a tremendous weapon for the Little Zebras.

Cementing his position in the team from the game against Fiorentina on the 28th of February until the end of the season, the flying right fullback/wingback went onto start and play every minute of Udinese’s last 15 Serie A matches on his way to scoring two goals and laying on five assists.

Indeed, this served as a testament to how brilliantly he progressed as the season wore on. Courtesy of his excellent form at club level, Molina deservedly earned a call up to Lionel Scaloni’s Argentina squad. The 23-year-old hasn’t looked out of place either, for he’s been one of the standouts of their Copa America campaign so far.

The youngster’s rise domestically and internationally has unsurprisingly seen him catch the eye of many big clubs, including Villarreal, Inter Milan, Juventus and Atletico Madrid. With AS Monaco needing to bring in some reinforcements in this area of the pitch, Molina would be a wonderful fit for Niko Kovac’s system down the right.

Improving defensively all the time, working under the meticulous and disciplined Gotti at Udinese has benefited him immensely. Full of energy and intensity, he applies aggressive pressure to get at his opponents, wanting to get touchtight and impose himself on his marker.

It’s also been positive to see him respond to triggers like his man dropping deep with their back to goal, when they are about to receive in an open posture and if they’re about to inherit a sideways pass where they don’t have a good field of view.

Furthermore, there’s a lot to like how he tracks runners in behind. Remaining alert to where his opponents are positioned due to his frequent head scans to check where his man is, which comes especially handy when opponents are trying to make blindside runs, this has been very encouraging.

The aforementioned, in combination with his speed, notably helps him monitor forward runs from his foes and get back to provide covering support to his teammates if they need it.

While there’s been much encouragement to be extracted from his stopping work, he still makes the odd error and suffers from sporadic lapses in concentration. One thing that he’ll be keen to work on is his 1v1 defending, where he sometimes gets caught flat footed and loses concentration, which sees him man stroll by him on occasion.

Meanwhile, going forward, the former Boca Juniors prospect is an immense force due to his skills, pace and free wheeling forward surges.

Eager to maraud upfield at every available opportunity, Molina always offers himself as an outlet for his teammates while stretching oppositions horizontally and vertically. Adding width and depth to attacks, his presence has given the Friulani another dimension in the final third.

Timing his runs to arrive late and full of speed, this gives him a dynamic advantage over his stationary opponents to dribble at them in advantageous 1v1 scenarios. Moreover, seeing as defences are often slow to shift across to him, particularly when he embarks on blindside runs, he regularly finds himself in acres of room before deciding whether to keep carrying the ball or firing in a cross or a cutback.

Molina importantly threatens with his underlapping runs too, where he’ll smartly interchange with a colleague to then drive infield and motor towards the area. Indeed, it’s been significant to see him produce immense danger from inside locations, where he disrupts marking assignments to gain separation from opponents.

In terms of his work with the ball at his feet, Molina’s proven he’s a competent dribbler and passer. To start with his distribution, he’s very handy at hitting crosses and cutbacks into the box to oblige his teammates’ runs. Boasting good vision and clarity when assessing his options, this means he tailors his deliveries to generate chances. Able to whip, dip, power and place his crosses, it’s been positive to see the variety of ways he can pinpoint targets in the final third.

Some other upsides of his passing come from how he can hit penetrative line breaking passes into the feet of his attackers and engage in smart combination play to unbalance rearguards.

Languid, hard to read and eager to propel his team upfield, his dribbling causes problems for his foes as well, with his speed and ability to outfox foes with changes of pace, shimmies and feints a desirable asset. If he can’t beat his man outright, Molina still importantly lures out opponents and draws fouls in dangerous areas to amplify his worth.

Although he’s still quite raw, there’s no doubting what an exciting talent he is who’s destined for a career littered with upside.

Young and with a huge scope for improvement, the tireless, ultra fit dynamo would be a tidy fit for Monaco’s project under Kovac. The fact he’s able to play both as a wingback or at fullback would give Kovac tactical flexibility as to how best to use him. Indeed, his two way threat and fantastic engine is illustrated in his heat map below, which shows just how much ground he covers up and down the flank.

Possessing a strong attitude and a keen appetite to keep honing his craft, Molina’s definitely one to keep an eye on, for all the signs suggest he’s set to continue on his sharp upward trajectory.