Hardly surprising classy Kamara is a man in demand 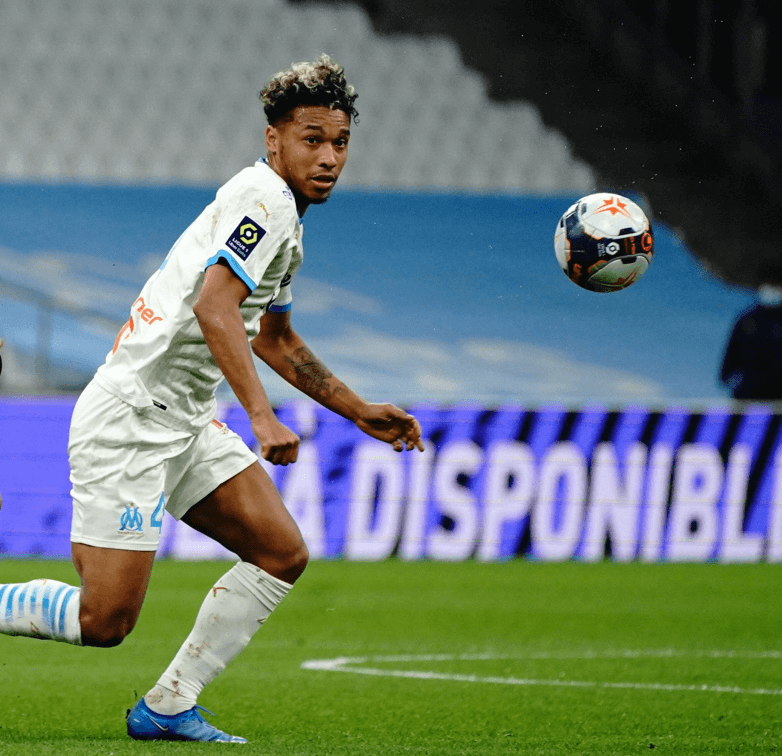 Emphatically proving why he’s one of the premier young midfielders in European football with Olympique Marseille over the last few seasons, it’s little wonder Boubacar Kamara’s a man in demand.

Despite being just 21, his experience belies his tender years, for he’s amassed over 9000 minutes of experience since making his professional debut for OM back in December of 2016. Aside from obtaining plentiful Ligue 1 action, he’s crucially gained Champions League and Europa League experience, which has been valuable for his development too.

Having learned so much working under some quality managers during his time with Marseille, including Rudi Garcia, Andre Villas-Boas and Jorge Sampaoli, he’s grown into a knowledgeable, tactical disciplined player.

Capable of playing in a range of positions, the converted central defender’s emerged into a hugely promising holding midfielder, as he’s combined his attributes superbly to become a force to be reckoned with on both sides of the ball.

As a result, Kamara’s attracted interest from some heavyweights of European football in Barcelona, Manchester City, Manchester United, Chelsea, AC Milan, Paris Saint-Germain and AS Monaco.

Defensively excellent, it’s unsurprising he excels in this regard, with his persistent head scanning, reading of the play and ball winning prowess placing him in good stead to impact. Positionally astute and aware of his surroundings, he constantly adjusts his position to close off passing lanes, plus knows when to shift across, drop back, step out to press, cover for a teammate or take on a marking assignment.

The fact he’s strong and can outmuscle or unbalance his adversaries, in combination with his aerial prowess, where he uses his quality leap and capacity to rapidly pick up the ball’s trajectory, adds to his worth in duels.

The only real downside to his stopping output is that he can sometimes get caught out for pace and appear a touch relaxed at times. But overall, his defensive contribution is at a high level.

Kamara’s importantly proven what an asset he is in possession as well due to his comfort on the ball, decision making and intelligent movement.

To start with the latter, and the Frenchman helps during build up by either dropping between or beside his central defenders or positioning himself behind the first line of pressure to form overloads or offer himself as an option to help his team progress. Transferring his scanning nicely, this gives him a sound mental imagery of his surroundings so he knows where to be located in relation to the opposition, his teammates and the ball.

Recognising when to move to be the free man, evade the cover shadow of an opponent to create a passing angle or draw a marker to free up a teammate, this enhances his worth. The way he supports wide attacks to offer an outlet back infield and finds room in the less populated half spaces to dictate play has offered extra upside.

Once in possession, Kamara’s considered passing enables him to link play and helps progress his team through the thirds. Accurate and quick to assess his options, how he largely keeps things simple by playing short passes adds tempo to moves and gets the ball into his side’s most dangerous players.

Recirculating possession crisply and altering the angle of attacks while he waits for an opening to arise in the block of his foes, his patience and composure have been impressive to see from a player so young.

When the moment arises to strike more ambitious passes these come mostly in the form of raking diagonal switches of play, but also through the odd through ball in behind or penetrating line breaking pass into the feet of an attacker.

Boasting a good first touch and ball control, this serves him with a solid foundation from which to execute his actions and remain calm under pressure. Also shielding and protecting the ball to keep opponents at bay, how he uses his body ensures he has extra time to determine what he’ll do next or draw fouls.

To further underline what an outstanding prospect he is, the fact he stacks up excellently in terms of statistics with England and Leeds United midfield maestro, Kalvin Phillips, illustrates this aptly.

Fundamentally sound and having just about all the ingredients needed to be an elite central midfielder, the praise directed at him from former teammate, Rolando, shows just how highly he’s rated. “This kid is a phenomenon. When he started training with us, he was 15 years old and from day one I said this little one is going to be a great player,” he insisted to RMC Sport.

“He’s the kind of player I like. He is full of qualities and, above all, he works, he listens. It is out of the ordinary. I already said to him: “In a few years, you will invite me to go see your matches in the France team and I can say that I played with you when you were 15 years old. I am sure of it. He’s very good, in addition to being a good person.”

Set for an extremely bright future, the man who joined OM at the age of five but appears destined to leave now has a huge call to make regarding which club to continue his career with.

Having reportedly rejected Marseille’s latest new contract offer, Monaco, alongside many others will be eagerly awaiting his decision on where he chooses to ply his trade next season.