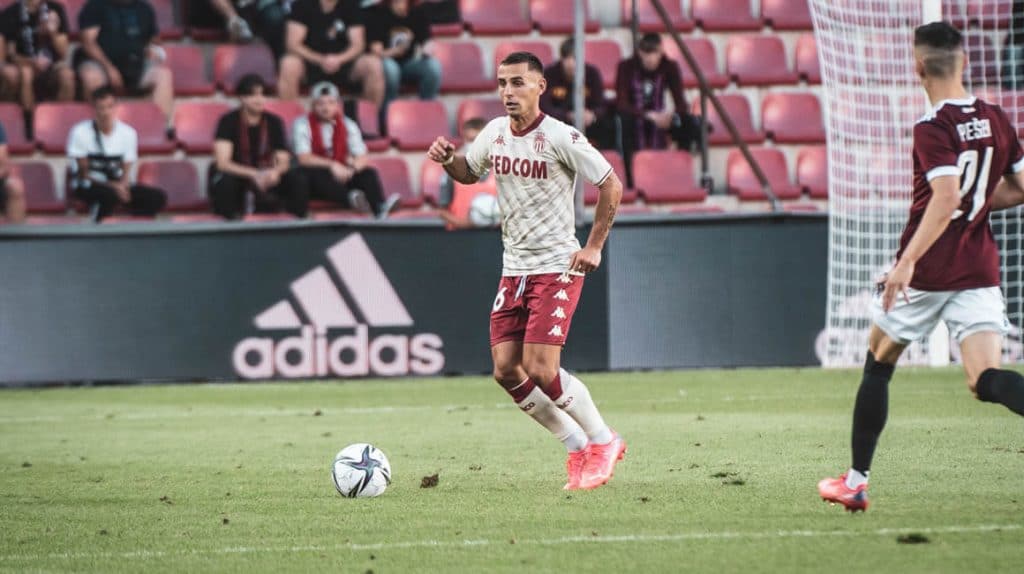 AS Monaco kicked off the new season in style by defeating Sparta Prague in their Champions League qualification first leg, in a match that was marred by racist remarks directed at Aurelien Tchouameni. Here are our player ratings from the match.

Alexander Nubel (6): A very positive debut from the German, who dealt with whatever was thrown at him comfortably. Aside from one small passing misstep, his distribution was sound over short, medium and longer distances to help Monaco progress from the back.

Ruben Aguilar (6.5): Solid display from the tireless fullback, who got up and down the touchline with typical cut and thrust. Upside could also be found from his tenacity in the tackle and the odd pinpoint through ball.

Benoit Badiashile (6): Decent outing from the young Frenchman. Played with composure and read the play smoothly on his way to winning the majority of his duels on the ground and in the air.

Axel Disasi (6): Forceful in the tackle and imposing himself physically on his foes, the powerful stopper was a commanding presence at the back for Monaco. Will be happy with his body of work in such an important game.

Caio Henrique (6): Continued his consistency from last season, as he contributed admirably on both sides of the ball. The Brazilian was certainly more prominent going forward, with his crisp passing and damaging forward runs especially notable.

Aurelien Tchouameni (8): Unquestionably the man of the match, Tchouameni’s quality shone brightly. On top of scoring a brilliant goal, the way he helped Monaco control the game in possession with his slick passing was a joy to watch. A force to be reckoned with defensively too, he broke up countless attacks with his pressing, cleanness in the challenge and reading of the play. The fact he completed 22 ball recoveries, won 11 duels, made five tackles, chimed in with four interceptions and had a passing accuracy of 85% illustrated his exceptional outing.

Youssouf Fofana (6): A ball winning machine who frequently regained possession for his team, Fofana’s energy and intensity was vital. Wasn’t his best effort, but still put in a top shift for his team.

Gelson Martins (6): Posed a huge threat with his dangerous runs in behind to offer his team an outlet. Showed glimpses of his wizardry with the ball at his feet, in a match where he would’ve liked to have rewarded himself for his work. Replaced by Anthony Musaba.

Aleksandr Golovin (6.5): Found space effectively in between the lines and in the half spaces to connect attacks. Skillful and incisive, his dribbling and creative passing were highlights as well. Precise assist for the opener was an apt reward for his good outing. Replaced by Ismail Jakobs.

Kevin Volland (7): Smartly timed movement in behind stretched the Sparta backline and made room for others. Neat and tidy with his passing and ball carrying, as he knitted play together and added some menace to his team’s forays into the final third. Capped off his performance with an instinctive goal. Replaced by Cesc Fabregas.

Wissam Ben Yedder (5): Was a good hit out for Wissam Ben Yedder on his path to get his fitness up to speed. Looked off the pace despite the odd positive moment, though. Replaced by Sofiane Diop, who smartly assisted Volland’s goal.