AS Monaco’s player ratings from their disappointing loss vs. Lorient 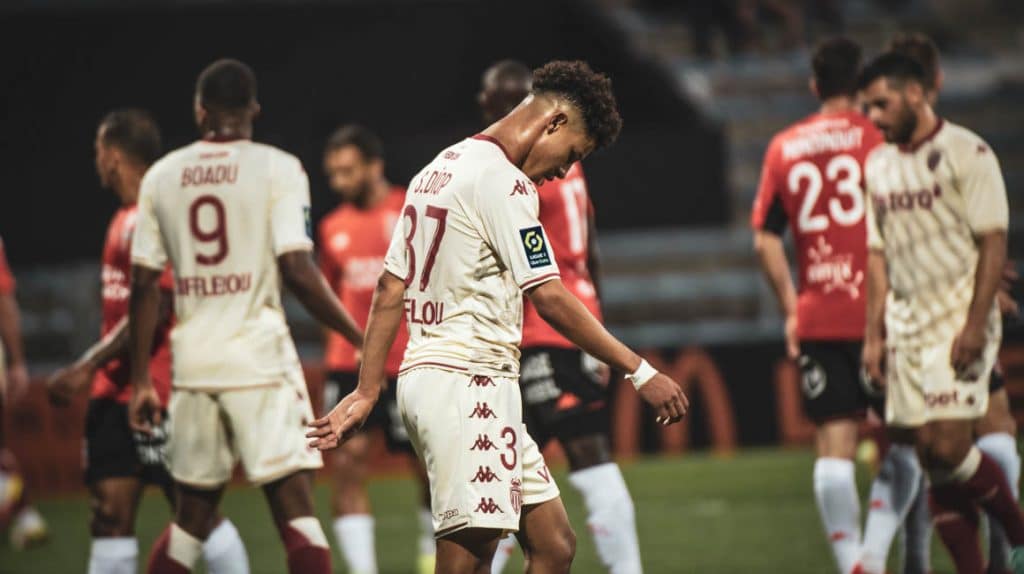 Despite dominating large periods of the match, AS Monaco fell short against Lorient, with Terem Moffi’s penalty proving the difference. Here are our player ratings from the match.

Alexander Nubel (6): Beaten by Moffi from the penalty spot, but other than that was good with his distribution and dealt comfortably with the minimal threat posed by Lorient.

Djibril Sidibe (6): Solid showing from Sidibe, whose forward runs and deliveries gave the away team some impetus out wide. Struck six accurate long balls and two accurate crosses on a night where he defended competently too.

Strahinja Pavlovic (7): Granted his first Ligue 1 start, the Serbian put in an encouraging shift at the back. Not overawed by the occasion, his aggression and intensity was great to see during duels on the ground and in the air. Passed the ball smoothly out from the back too.

Axel Disasi (6.5): Rarely troubled by the opposition, Disasi handled whatever was thrown at him with relative ease. Good to see him stringing some consistent outings together.

Gelson Martins (5): Couldn’t continue his fine form to start the season, as he struggled to stamp his mark in this one. Replaced by Cesc Fabregas.

Ismail Jakobs (4.5): Handed his first start for Monaco, the youngster had a night to forget. Gave away the penalty unnecessarily, but the match will serve as a vital learning experience. Replaced by Caio Henrique.

Aurelien Tchouameni (6): Not at his best, with him some way off his usually high level. Wasn’t as precise in his passing and lost six duels, which is uncharacteristic by his standards.

Jean Lucas (6): Did some good things but also turned over possession too often. Will be frustrated he couldn’t replicate his fine display from last week vs. Nantes. Replaced by Aleksandr Golovin.

Sofiane Diop (6): Struggled to impose himself on the contest against such a defensive, deep sitting Lorient. Dribbling and passing wasn’t as on point as he would’ve liked. Replaced by Krepin Diatta.

Kevin Volland (6): Tried hard to make things happen with his smart movement and technical skills. Just wasn’t his night, as he could only muster two shots and create one chance.

Myron Boadu (6): Demonstrated glimpses of his quality by way of his passing, movement and space creation. But found it tough going against Lorient who never afforded him much space to operate in. Replaced by Wissam Ben Yedder.