AS Monaco’s player ratings from their loss vs. Shakhtar 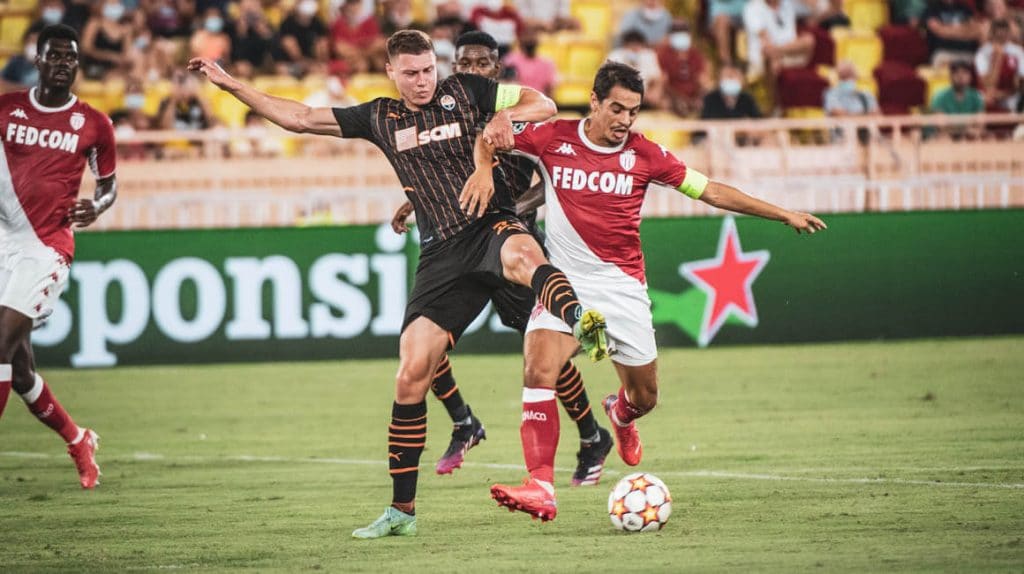 AS Monaco suffered a narrow 1-0 defeat against Shakhtar Donetsk in the first leg of their Champions League qualifier. Here are our player ratings from the match.

Radoslaw Majecki (6): Coming into the team in place of Alexander Nubel, the Polish keeper made some classy saves and looked assured. Not at fault for the goal.

Djibril Sidibe (6.5): Performed well on both sides of the ball. Offensively gave Les Monegasques vital impetus, as he created five chances from his incisive crossing and passing. Defensively was robust and limited the effectiveness of Shakhtar down his flank.

Benoit Badiashile (5.5): A tough night at the office for him against the talented Shakhtar frontline. Still did some good things with and without possession, but will know he can improve.

Guillermo Maripan (5.5): Wasn’t at his best on his return to the team, with him beaten by Pedrinho for the opener and looking a tad off the pace.

Caio Henrique (6.5): Up against many of his countrymen, Henrique acquitted himself nicely by putting in a good shift. Defensively was stable and threatened regularly going forward.

Aurelien Tchouameni (6): Dangerous goal threat when pushing up and got through a heap of defensive work as always. Although not at his usual level, Tchouameni still did his job admirably.

Youssouf Fofana (5): Taken off at half time following a difficult first period, where he looked unsettled by his adversaries and committed some uncharacteristic errors. Replaced by Jean Lucas, who put in a classy shift.

Gelson Martins (5.5): Struggled to find his groove in the early exchanges, but grew into the game as it went on with his ball carrying and dynamism. Replaced by Krepin Diatta.

Aleksandr Golovin (6): Whipped in some quality set pieces, which almost gave Monaco a leveller. Couldn’t truly stamp his mark on the contest despite showing many glimpses of his quality in possession. Replaced by Sofiane Diop.

Kevin Volland (5.5): Fired off two shots and created two chances in a match where he found it challenging to impose himself on. Always a danger even if he couldn’t register a tangible goal contribution.

Wissam Ben Yedder (5.5): Unable to find the back of the net, but wasn’t through lack of trying as he toiled hard to get his team back into the game. Will be desperate for a big second leg to give Monaco a fighting chance of progression. Replaced by Myron Boadu.