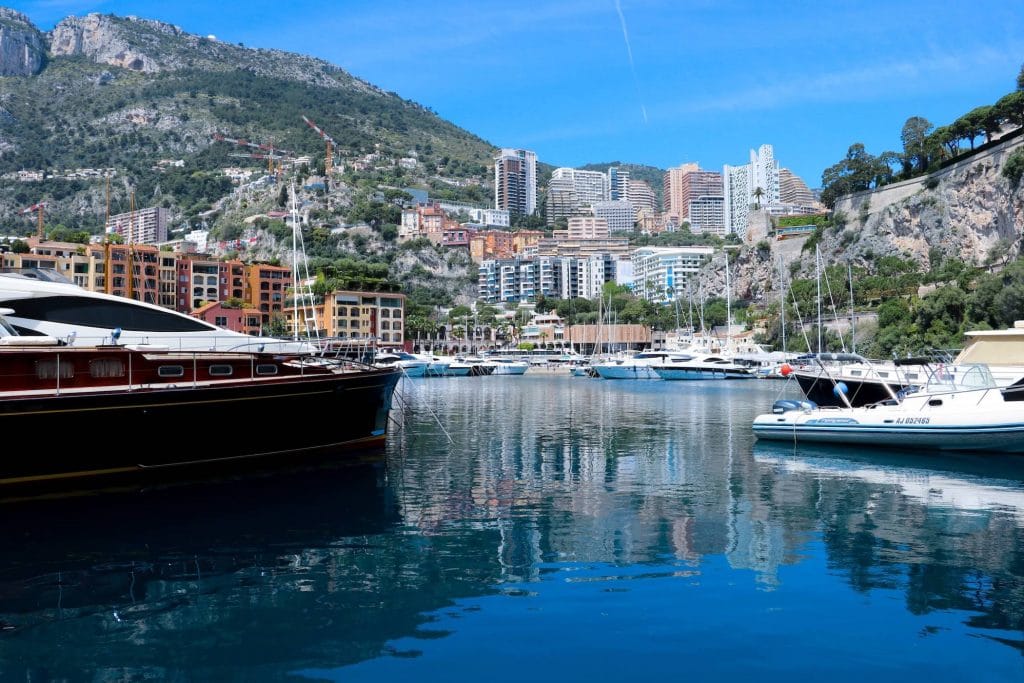 As a ship lies underwater in the port of Fontvieille, Olivier Lavagna, Director General of the Ports of Monaco, explains the actions taken to tackle the resulting pollution.

“This is the first time that Monaco’s ports have had to manage the sinking of a boat of this size,” says Olivier Lavagna. The Société d’Exploitation des Ports de Monaco (SEPM), the company in charge of port operations, had to deal with an unexpected incident on the night of October 31 to November 1. “Le Vieux Crabe” (old crab),  a 16-metre-long vessel was missing from the traditional morning inspection.

We do not want to dismantle it underwater

Noticing that the water was iridescent, a sure sign of water pollution, the SEPM team quickly realised that the boat had capsized during the night. Absorbent booms, environmentally friendly dispersants, surface agitation, protective floating barriers…

All these means were used to prevent hydrocarbons from polluting the sea.  “There has been a very effective partnership between our units, the State, the service providers and experts from further afield,” says Olivier Lavagna.

Nevertheless, it has been impossible to raise the ship in the short term, and it is still lying at a depth of 8 metres. “Our first objective was to secure the wreck, emptying the rest of the diesel in the tank,” explains the DG. “We do not want to dismantle it underwater, because this type of operation inevitably leads to pollution.”

“Le Vieux Crabe” will therefore have to stay underwater for a while longer, until the insurance companies find a solution and a large barge can bring it to the surface.

As luck would have it, three days before the “Vieux Crabe” incident, the SEPM teams had just carried out a full-scale pollution response exercise.  “This kind of simulation is used to develop the right reflexes and test the equipment… ” explains Olivier Lavagna.

It should be said that Port Hercule and the Port of Fontvieille obtained the French “Ports Propres Actifs en Biodiversité” certification at the end of last year. An award that signifies commitment to a charter of values and concrete actions to protect the environment and marine biodiversity.  As an example, bio-huts have been installed underwater to act as nurseries for fish.

On 12 November, an independent audit took place at the port of Fontvieille during the “crisis”.  “We received congratulations from the  “Clean Ports” certification body for our handling of the situation,” says Olivier Lavagna. “This is why Monaco’s ports rank very well compared to others in terms of environmental protection and pollution prevention.”

What about the future? The SEPM is continuing its actions in favour of eco-responsibility, raising awareness among boat owners and developing the port area. For example, work is planned to expand the mains connection area for the boats. “If electricity is supplied at the dock, the boats no longer need to use their generators,” explains the Director General of SEPM.