Ask the expert: how can Monaco’s biodiversity be preserved? 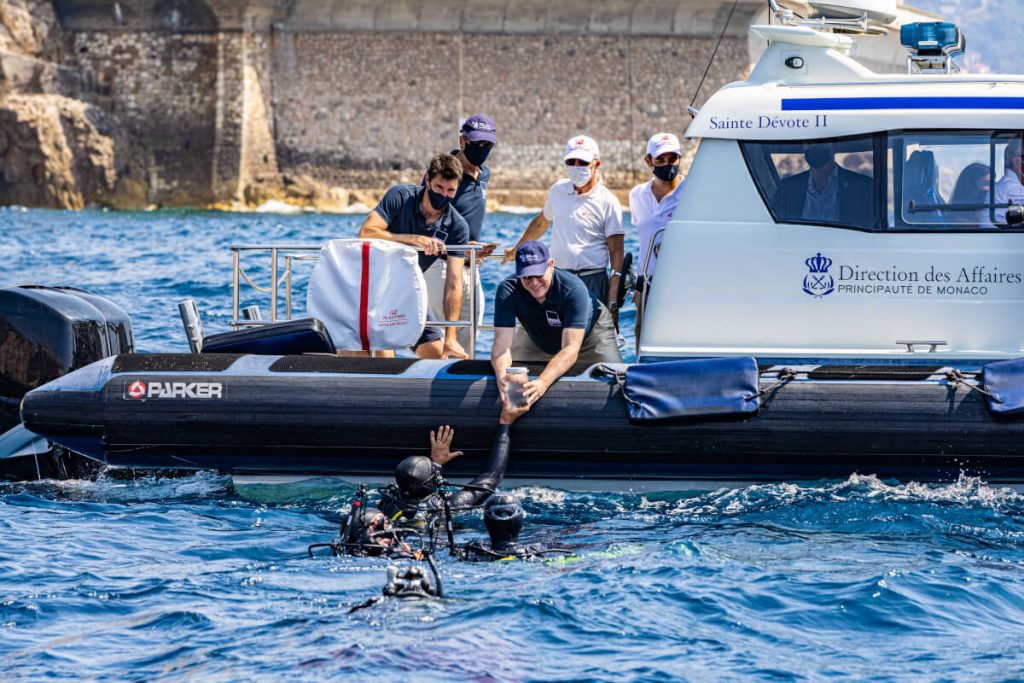 From everyday actions to repopulating the Mediterranean, Olivier Brunel of Monaco’s Oceanographic Museum gives us the tips and tricks of preserving biodiversity.

Last 16 June, Prince Albert II could be spotted aboard an inflatable dinghy, handing jars half-filled with water over to divers hovering in the sea below him. Floating in the glass bowls were seahorses. A landmark animal of the Côte d’Azur region, the species is at risk of extinction.  “We have therefore not one, but two reasons to work on the seahorse problem,” tells us Olivier Brunel, head of Aquariums at the Oceanographic Museum of Monaco.

The symbolic gesture of the Prince reflects his long-lasting interest in marine conservation. The repopulation of aquarium-bred seahorses into the Mediterranean is part of project launched by the Prince Albert II of Monaco Foundation in partnership with the Oceanographic Museum and Biotope, an environmental consultancy.

After one year of research and 160 hours of diving, three seahorses were discovered in Monaco’s waters. After the seahorses were brought to land, researchers bred two specimens, resulting in a litter of seven seahorses. “The idea was to study a number of procedures in the event that the health status of seahorse populations deteriorates.”

As the first part of the project comes to an end, now begins a phase of observation, which will last five years. The length of the observation is stipulated by Monaco’s legal code, but that matters little to the heads of the project: the aim of their research was always to produce a long-lasting study on local biodiversity. Two sites are to be monitored, one dedicated tomale seahorses, the other to female ones. “As the specimens are siblings, we had to release the male specimen on one side and the female ones on the other in order to avoid inbreeding,” explains Olivier Brunel.

… one species at a time

Alongside the seahorse project, the Oceanographic Museum’s care centre, under the leadership of Olivier Brunel, is working on reintroducing noble pen shells, also known as fan mussels, into the Mediterranean.

In recent years, the Mediterranean shellfish has been decimated by a parasite. There are currently no more noble pen shells left in Monaco’s waters. “At the moment, we are in the observation phase, and if we do find any noble pen shells, we will try to identify whether they carry the parasite or not. Then, we might actually try to breed them and reintroducethem back into the sea.”

For the Museum, the help of locals is essential for their projects to succeed. Divers, sailors, and fishermen know to send pictures and GPS coordinates if they encounter a noble pen shell, a sea turtle, a whale, or a dolphin. To collect such valuable data, the well-oiled system relies on an application called OBSenMER.

In some cases, locals take an even greater part in the Oceanographic Museum’s diversity effort. For the seahorse project, the collaboration went well beyond photos and GPS coordinates: the 160 hours of diving were carried out by amateur divers of the Fontvieille diving club.

We all have a role to play

Brunel confirms that the public has a fundamental role to play when it comes to ocean conservation. “It’s all about everyday actions,” he says. “For instance, avoid all single-use plastic, whether it’s bags, plates, cutlery or cups. It’s all stuff that will end up the sea. Think before booking a holiday. Try not to take a plane every weekend.”

So, does the survival of our seven baby seahorses depend on the choices of our everyday? “All these little actions have an impact on the quality of the marine environment. So, yes, everything is linked. And if you want to get a little bit more involved, you can always clean up a beach or pick up cigarette butts with the Red Cross.”

Educating children is a fundamental step in the process of raising awareness about biodiversity, says Brunel. “With my own kids, I try to give them a taste for nature, a taste for experiencing beautiful things. i take them to the mountains to see a beautiful sunset, marmots, or diving.”

in the end, the key is to stimulate children’s curiosity. “They must have an idea of what exists, for the more they know, the more they will want to protect.”