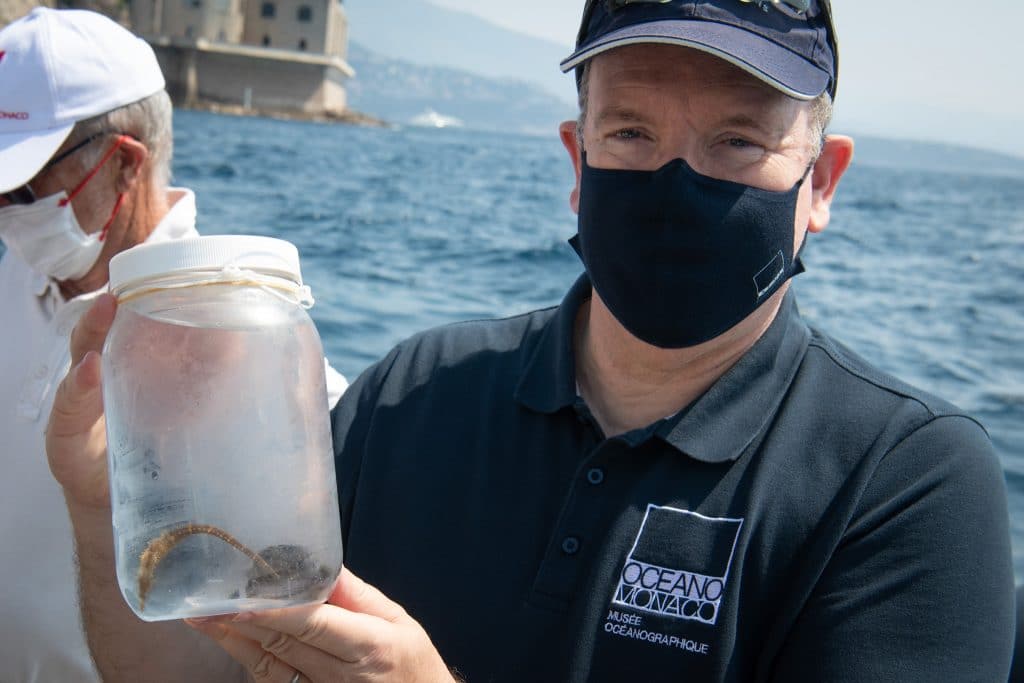 An endangered species, the Principality’s seahorses can count on the Prince’s support.

In the Mediterranean, seahorses are at risk of extinction. Worried about their survival, the Prince Albert II Foundation has teamed up with the Oceanographic Institute and the Monégasque Centre for the Care of Marine Species (CMSEM), as well as the BIOTOPE consultancy and the European seahorse specialist Patrick Louisy.

Together, they are trying to gain a better understanding of the current situation facing the seahorse population in Monaco’s waters. United over a common goal, they hope to improve their knowledge about seahorses and their habitat in Monaco, decide on the best ways to protect the species and put in place the most appropriate conservation measures.

As such, after a male seahorse gave birth to seven offspring in the CMSEM, he was released back into the sea. Similarly, the newborns made their way into the Mediterranean shortly afterwards on the 16 June. Helping the experts transfer the little ones was Prince Albert II. He gathered four male seahorses into a glass jar, before handing it over to divers, who released them almost 20 metres below the surface. As for the three females, divers released them back into the sea later on in the day.

A species in need of protection

This encouraging event proves that as this species faces challenges, both Monaco and the Prince are determined to support the birth of young seahorses in order to protect the population.

Robert Calcagno, Director General of the Oceanographic Institute of Monaco, confirmed the Principality’s support in a press release, saying: “This seahorse project is a good example of the mission at the heart of the Monegasque Centre for the Care of Marine Species, which we opened in 2019. Acting in the best interests of marine life in Monégasque waters, alongside the Prince’s Government and within the framework of the Principality of Monaco’s national strategy in favour of biodiversity […]”