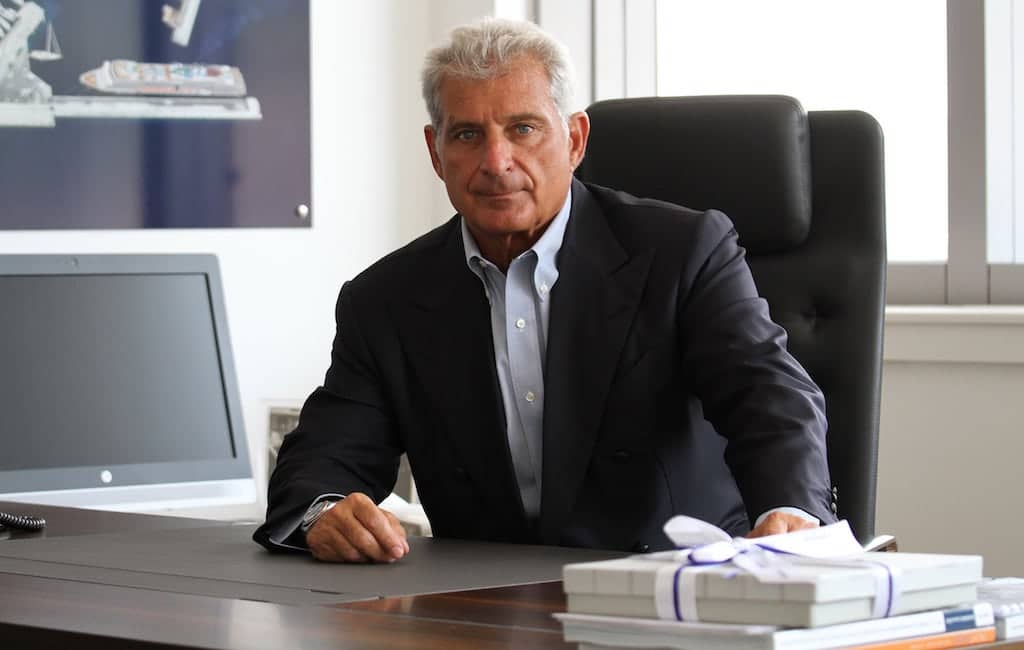 Monaco Tribune went to meet this yachting enthusiast, who has helped to boost the number of visitors to Monaco’s three ports since taking up his post in 2006.

It all started on one of the boats of the family’s luxury cruise company Sun Lines Cruises. “I was practically born on a boat,” smiles Aleco Keusseoglou (61), as he recalls his childhood memories. “Until I was nine years old, I lived on a boat for six months of the year”. So naturally when you learn to walk on water and spend your days sailing, your love of the sea and yachting is bound to last forever.

The company had to be made more dynamic, more commercial.

Arriving in Monaco in 1972 from his native Greece, which he visits whenever he can, the native of Lausanne (Switzerland) grew up in the Principality, before continuing his studies in Switzerland and the United States. Destined to take over his father’s family business one day, Aleco Keusseoglou soon found himself at the head of Sun Lines Cruises. “My father died when I was quite young,” he confides. “I had to take over the business”.

Initiator of the Cala del Forte acquisition in Ventimiglia

A master in the practice and already very skilled in the maritime domain, the man who became a Monegasque in 2008 made the Greek-based cruise ship company prosper before selling it in 2000. Back in the Principality, Aleco Keusseoglou was given a mission. “Prince Rainier, who was close to my father, shared with me his vision to protect Monaco’s ports with the creation of a seawall. Then the company had to be made more dynamic, more commercial”.

“With the success of our ports, we started to plateau in terms of revenue. We had to find a solution to satisfy the demands of our Monegasque clients”. With forty berths in Port Hercule for yachts over thirty-five metres, the offer was limited. The occupancy rate exploded.

“One hundred and sixty boats share these forty berths,” says the SBM director, who is also a member of the Monaco Yacht Club Committee and manager of his own wealth management company. “And ninety-five per cent of these occupants are Monegasque residents who have their ties here.”

With Cala del Forte, we have doubled our capacity for yachts over thirty-five metres.

In search of a solution to increase its capacity, the Société d’Exploitation des Ports de Monaco applied for the tender for the port of Beaulieu-sur-Mer. The deal was unsuccessful. Head to Italy and Ventimiglia. Cala del Forte was reborn. “Even if the port only has one hundred and seventy-eight berths, we have doubled our capacity for the over thirty-five metre boats, with forty additional berths at Cala del Forte”.

Today, more than a thousand yachts are under the Monegasque flag. A tremendous expansion which could increase even further in the years to come. “The projects never stop,” says Aleco Keusseoglou. “A port is managed like a hotel, we must constantly reinvent ourselves and improve our procedures”. With a deadline of 2027, the tender for the port of Cap d’Ail will soon be launched. And the Société d’exploitation des ports de Monaco intends to submit an application.

My days are busy, but I love what I do!

With or without its mythical president at the helm? “Until then, I don’t know. My days are busy, but I love what I do!” A passionate water skiing enthusiast and founder of the Monegasque Water Ski Federation, the Monegasque loves to take part in competitions around the world, when he is not training on a lake in Roquebrune-sur-Argens. His son is even currently taking part in the under 21 world championships of the discipline in Florida. Yatching is definitely a family affair for the Keusseoglou family.

>> READ ALSO: Yvan Griboval, renowned navigator at the service of Prince Albert II and the oceans