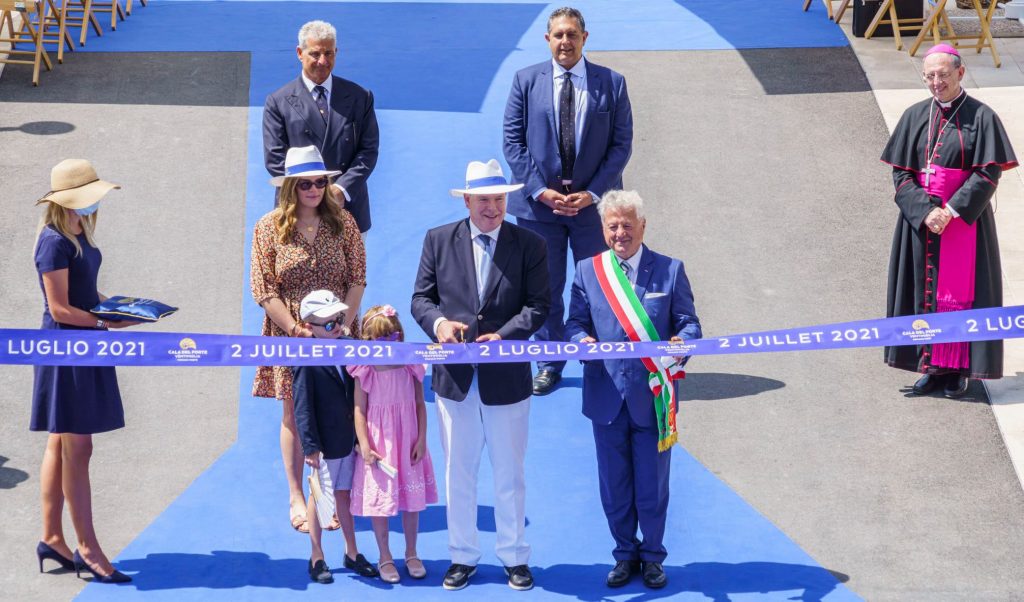 Whilst owned by Monaco, this port is actually located over in Ventimiglia in Italy.

On Friday 2 July, Prince Albert II inaugurated the new port Cala del Forte with his two children and his niece Camille Gottlieb, godmother of Monaco One. Also joining them for the occasion was the mayor of Ventimiglia, Gaetano Scullino.

This brand new, state-of-the-art marina is incredibly safe and has enough space for 178 boats. Located just 20 minutes from the Principality, it is the ideal place to dock, as is Port Hercules and Fontvieille Port.

After Ventimiglia was hit particularly hard by the economic crisis and Storm Alex, Cala del Forte is a strong sign of the city’s recovery. In addition, the relationship between Monaco and Ventimiglia reinforces their historical link and “creates a lot of future possibilities too. A future of development, not only in terms of yachting and welcoming boats into the Cala del Forte Port, but also job prospects, as well as social and economic development for Ventimiglia and the rest of the region. This project is a real… win win,” explained the Sovereign during an interview with news channel Monaco-Info.

Monaco One, at the forefront of innovation

Not only was this event a chance to see Monaco One in all its glory, but also to see Prince Albert II onboard the shuttle. Capable of transporting 12 passengers at a time, this new vessel connects Monaco to Ventimiglia in just ten minutes. Whilst the shuttle has many strong points, its energy consumption is particularly impressive, working out at 50% less than a standard boat’s. Additionally, the shuttle has a special sensor system used to detect the presence of marine mammals in the water.