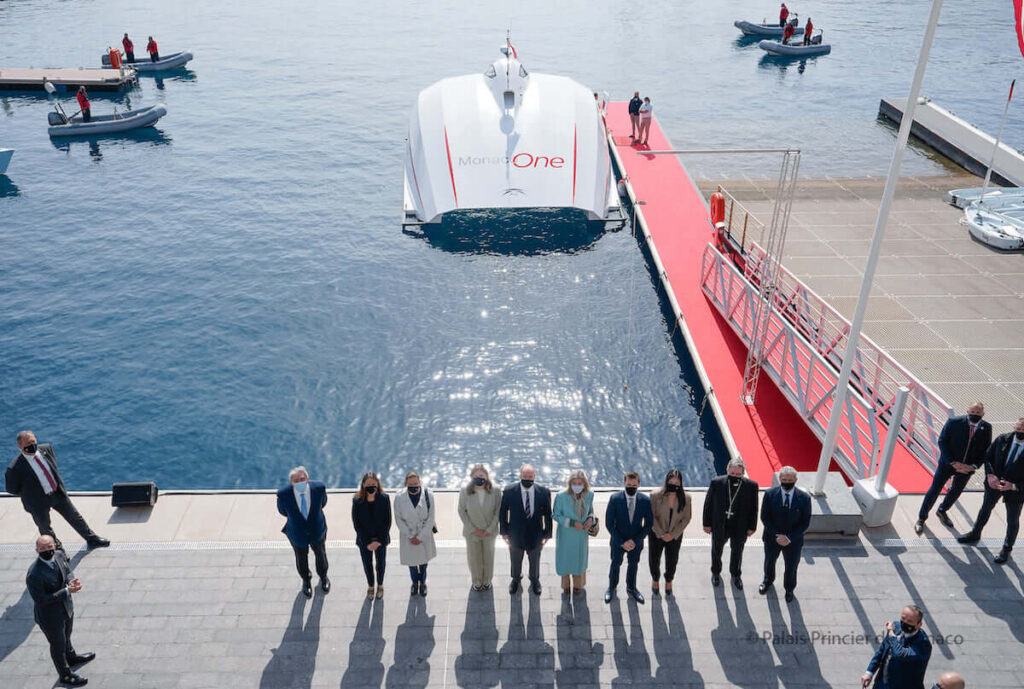 On Monday 8 March, Camille Gottlieb baptised the new shuttle linking Monaco to Ventimiglia. Prince Albert II and other members of the Princely Family were also present for the ceremony.

After its arrival in Port Hercules last month, the new “Monaco One” shuttle has now been baptised. Having been chosen as the godmother for this futuristic catamaran, the daughter of Princess Stéphanie was the one to carry out the baptism at the Yacht Club de Monaco this week.

Designed to facilitate travel between the Principality and the Cala del Forte port in Ventimiglia, the boat was first blessed by the Archbishop of Monaco, Monsignor David. In keeping with tradition, Camille Gottlieb then proceeded to pull a rope to break a champagne bottle on the boat’s hull.

More than a standard boat

What sets the “Monaco One” shuttle apart from other vessels is its speed. Capable of reaching 51 knots, this 12 seater shuttle can complete its route in just 12 minutes. As well as this, it uses 50% less energy than standard boats and is equipped with an innovative, real-time tracking device to detect the presence of any marine mammals.

The shuttle is set for use during the Monaco Grand Prix in May. However, the service will not be available to the general public.