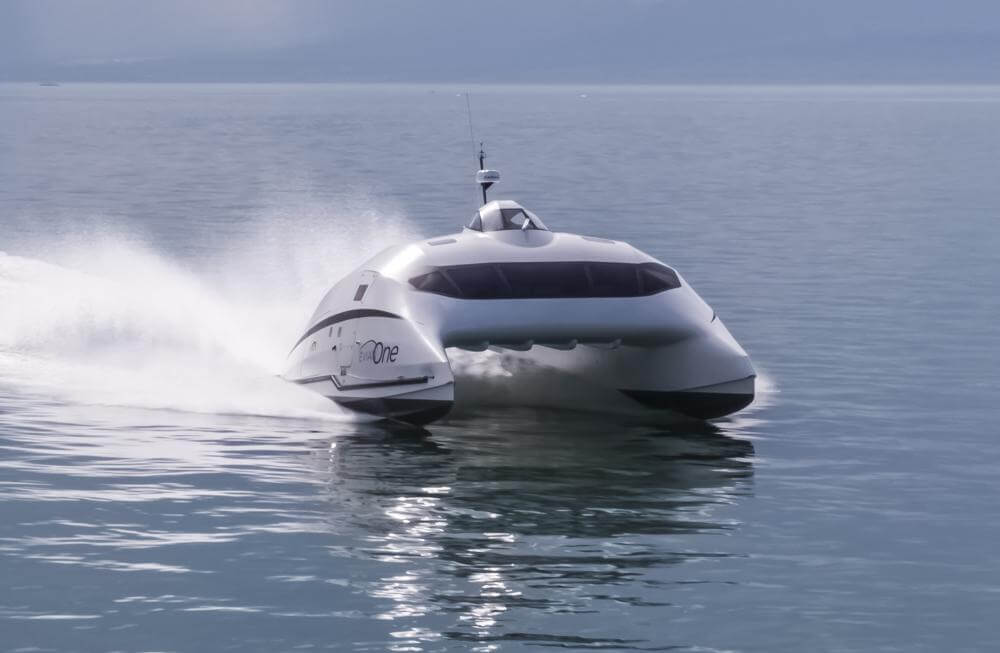 A brand new catamaran will soon provide a shuttle service between Monaco’s ports in the Principality and Italy. Trial runs will begin at the end of February to ensure the shuttle can operate from May onwards.

Monaco’s ports have had a new addition: an incredibly powerful 1.2 million euro boat named “Monaco One”. This 12 person vessel will act as a shuttle linking all three of Monaco’s ports together. Inaugurated last October, the Principality’s third port, Cala del Forte, is in Italy. The brand new boat will be up and running in time for the Monaco Grand Prix, however the shuttle service will not be available to everybody. Only those who own a business in the the italian city will be allowed onboard.

The boat is shaped like an inverted wing. This design brings together marine and aeronautical engineering.

Built by french company Advanced Aerodynamic Vessels, the catamaran is powered by two 350 horsepower motors and can reach a top speed of 93 km/h. Such high speeds mean the journey between Monaco and Ventimiglia will now take just 10-15 minutes. By car, the trip would take more than half an hour.

However, what really makes this catamaran stand out from the crowd is its fuel consumption. According to the designers, “it consumes 50% less fuel than a standard boat travelling at the same speed.” It is even said to be more efficient than helicopters. Such a low fuel consumption thus convinced the Principality that “Monaco One” was the best form of transport to provide this new shuttle service.