Carlo, the must-have app for the holiday season 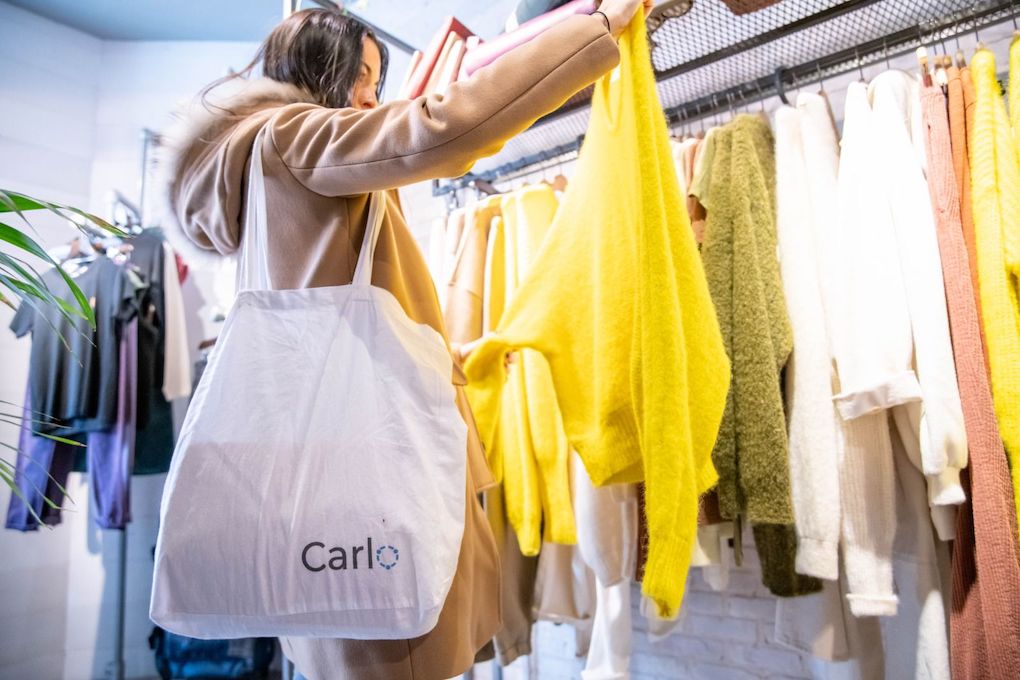 The Carlo application, designed by Antoine Bahri, has been making life a little easier for local businesses in the Principality since 2019. And like last year, thanks to the staff bonus paid by the Prince’s Government, Monegasque shopkeepers are getting a huge boost at Christmas time.

Today, nearly 350 businesses use the Carlo application in Monaco. That is more than a third of all 900 Monegasque businesses. “Two or three new retailers join us each week,” says Antoine Bahri, founder of the application in 2019. Our goal is to have five hundred on board soon. »

It has to be said that with 24,000 users, Carlo has been a real success in the Principality since its launch. Thanks to the Monegasque application and its local currency small traders in the Principality have been able to hold their own against the large global players during the health crisis. And as well as boosting local trade, Carlo also meant consumers could do their shopping in Monaco, instead of elsewhere. This is particularly true of the many frontier workers from France or Italy, who for two years now have become accustomed to shopping in Monaco.

So in the run-up to the festivities, it’s hardly surprising that local traders tend to smile when Carlo is mentioned.  “The application means we have been able to serve customers that we had never seen before,” states Claudia Pizzuti, manager of the Tre Scalini restaurant, in Fontvieille port. “It has also helped us to promote the restaurant. Many employees eat in Monaco at lunchtime, and getting a reduction is a real plus for them.”

As Antoine Bahri explained to us in the spring, “For each purchase made with the application, the retailer deducts 10%: 5% goes to the customer as cashback, 2% to the sponsor and the remaining 3% finance the start-up.” So that’s 7% that is permanently fed back into the local economy. »

The Government is backing the Carlo operation again

It’s a real shot in the arm for these traders, who have once again been able to count on the support of the Government this year at Christmas time.  “The Government is backing the operation again,  distributing nearly 6 million euros in end-of-year bonuses to civil service and CHPG employees since the start of December.”

We have been looking for ways to build customer loyalty for years. Now, thanks to Carlo, we can.

Much to the delight of Jean-Michel Ramos, manager of the Hugo Boss and Tommy Hilfiger stores, who was the first to use the application in 2019.  “It has meant we have been able to develop loyalty among the Monaco civil servants, who previously would shop elsewhere,” he smiles.  “Now, the Monegasques are spending here. This obviously represents an increase in our turnover. We have been looking for ways to build customer loyalty for years. Now, thanks to Carlo, we can.”

While he stresses that Carlo’s success means “the share of the cake will be smaller”, Alain Latore, who runs the Les Capucines store, readily admits that the application has boosted his annual turnover.  Particularly during the end of year celebrations.  “The Government staff bonus means people can shop early for their Christmas gifts.  It was a huge relief when they decided to renew the operation this year.”  Further proof that Carlo has become a must-have app for local traders, in just a few months.

SEE ALSO: IMSEE: The economy is on the rise in the Principality