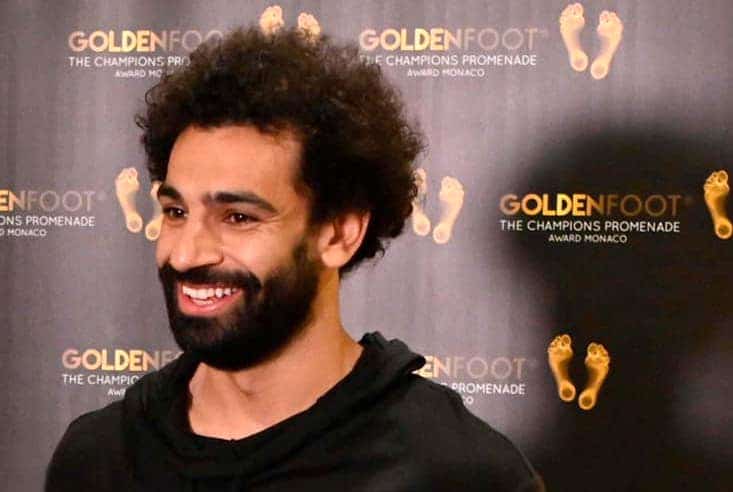 The Egyptian striker won the 19th Golden Foot Award for the best player over the age of 28. He succeeds Luka Modric and Cristiano Ronaldo.

While Lionel Messi won his seventh Ballon d’Or on Monday evening, Mohamed Salah added his name to the Golden Foot winners’ roll. Present at the ceremony, the Liverpool player was nominated along with Messi, Neymar, Benzema, Lewandowski, Chiellini, Agüero, Piqué, Lukaku and Ramos.

After an excellent start to the season with his club (17 goals and 7 assists in 18 matches, in all competitions), Salah finished seventh in the Ballon d’Or, but can now boast having won the 19th Golden Foot in history.

His footprint will soon be added to the Champions Promenade

He joins Baggio, Nedved, Shevchenko, Ronaldo, Del Piero, Roberto Carlos, Ronaldinho, Totti, Giggs, Ibrahimovic, Drogba, Iniesta, Eto’o, Buffon, Casillas and Cavani on the winners’ list for this trophy, which can only be won once.

At the age of 29, the Egyptian has now earned the right to ‘stamp his mark’ on Monaco’s famous Champions Promenade. Paolo Maldini received the Golden Foot Legend Award.