Shorthanded AS Monaco salvage a point vs. Bordeaux 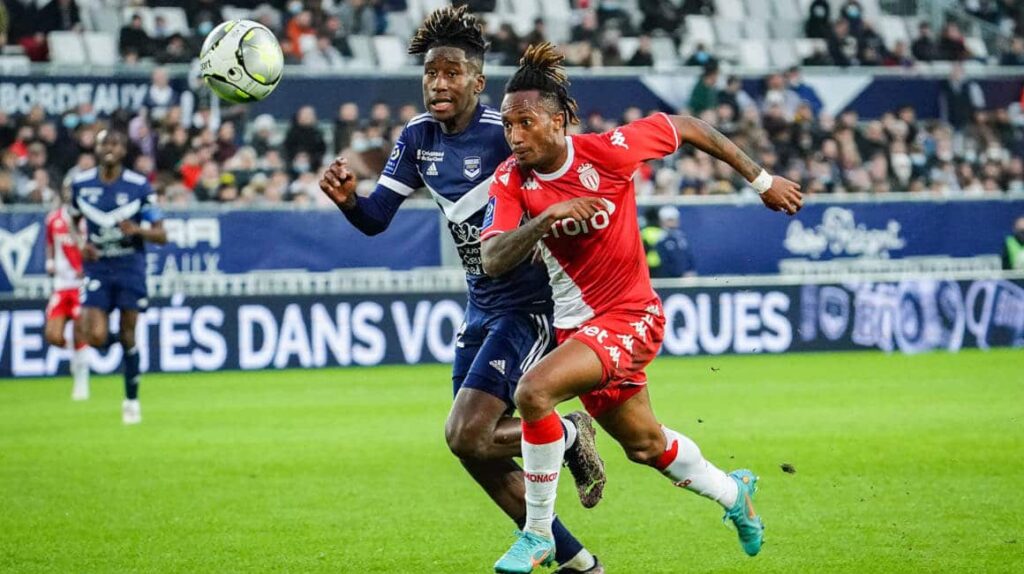 Despite being shorthanded for around 55 minutes due to Aurlien Tchouameni’s first half red card, AS Monaco battled back to gain a vital point against Bordeaux.

Facing off against relegation-threatened Bordeaux, Monaco got off to a decent start by producing some early openings, but it was Bordeaux who ultimately took the lead through Remi Oudin in the 22nd minute.

The away team then looked for an immediate reply, with Wissam Ben Yedder and Tchouameni coming close. The turning point of the contest then arrived in the 34th minute when Tchouameni received his marching orders against his former team for his second yellow.

Down a goal and down a man, Philippe Clement’s men importantly didn’t give up and held firm while continuing to create some chances off their own. Their persistence eventually paid off, with Monaco grabbing an equaliser midway through the second stanza after Marcelo turned the ball into his own net after an unlucky ricochet.

Although the result wasn’t ideal in the grand scheme of things, Les Monegasques deserve credit for overcoming plenty of adversity to produce a spirited comeback to claim something from the fixture.

In his post-match comments, Clement focused on the positives from his team’s impressive response to rescue a point given their unfavourable situation. “The scenario of the meeting is unfortunately not favorable to us today,” Clement stated.

“On the action of the expulsion, Aurelien Tchouameni tackles the ball. But I especially want to remember the reaction of the team. By playing almost an hour ten against eleven, we dominated and created more chances than our opponent. Yet it was difficult. I think we lacked quality with the ball in the first 30 minutes. Despite everything, I’m happy with what I saw in the second half, where we saw the real AS Monaco, especially in terms of mentality and pressure. I’m obviously disappointed to lose two points, but we deserve to come away with a draw given the circumstances.”

“I asked my players not to give up and to give their all to grab something, despite the scenario. We wanted to win this match, even with ten, and that’s a mentality that I want to have all the time. They showed a lot of selflessness mentally, but also physically to get this result after 60 minutes in numerical inferiority. This is a positive point.”

Entering the fray just before half-time, the ingenuity and unpredictability of Gelson Martins added another dimension to Monaco’s offensive plans. Full of danger on the dribble and a real goal threat, his speed and skill gave Bordeaux constant headaches.

It was fitting then that Monaco’s goal arose from some incisive work from the Portuguese flyer down the left, which featured a clever run in behind, some nifty ball carrying and a dangerous strike (that made its way in after a crazy rebound).

Unleashing three shots and completing five dribbles, the impact of the 26-year-old was certainly pivotal towards injecting life into Monaco’s comeback against the odds.

Having now drawn their last two Ligue 1 matches, Monaco have unfortunately slipped back to sixth in the table, seven points behind third placed OGC Nice, who occupy the final Champions League qualification place. With a tough run of league fixtures against Reims, Marseille, Strasbourg and Paris Saint-Germain, they’ll need to start winning again quickly to propel themselves back up the standings.

Clement will now go back to the drawing board to continue working with his players to keep instilling his philosophy ahead of their must win clash with Reims next weekend.