Three tactical takeaways from AS Monaco’s victory vs. Lyon 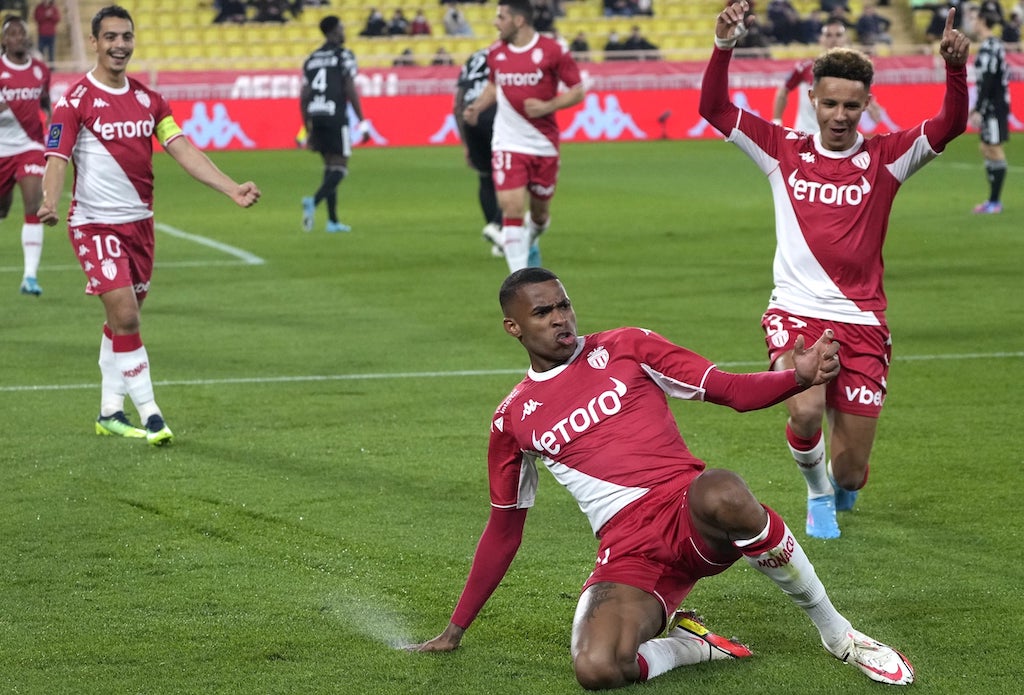 Desperate to return to the winners’ list in Ligue 1 following their heartbreaking 3-2 defeat vs. Montpellier, AS Monaco did precisely that by defeating Olympique Lyonnais 2-0.

Producing a sensational first half performance, Les Monegasques tore into Peter Bosz’s team early on with their fluid attacking play and intense pressing. And it certainly paid dividends with Jean Lucas and Wissam Ben Yedder grabbing the goals that ultimately propelled Monaco to victory.

Following this entertaining, strategically interesting clash, this gives us the opportunity to focus on three tactical takeaways from Monaco’s masterclass at the Stade Louis II.

Eager to implement a high press in the opening stages of the match, Philippe Clement’s men did so effectively to stifle Lyon’s build up and regain possession in advantageous areas to instigate attacks immediately against an unset, spread out Lyon backline.

Smartly angling their pressure to force Lyon wide so Monaco could use the touchline as an extra defender, this allowed the home team to minimise options and force Lyon into risky passes or low percentage long clearances.

The base setup of their pressing scheme saw Sofiane Diop, Ben Yedder and Gelson Martins oriented towards Lyon’s back three, while midfielders Kevin Volland, Lucas and Aurelien Tchouameni kept tabs on Thiago Mendes, Maxence Caqueret and the dropping Lucas Paqueta.

Monaco’s fullbacks would then maintain access to Lyon’s wingbacks while keeping an eye on the nearby attacking midfielders of Lyon, who typically occupied the half spaces. Making excellent decisions in terms of shifting and who to mark, Caio Henrique and Ruben Aguilar did a fine job performing their dual roles depending if the ball was on the near or far side.

The central defenders in Axel Disasi and Guillermo Maripan then monitored forward Moussa Dembele or stepped to a nearby Lyon offensive midfielder.

Indeed, Monaco’s opener owed much to their coordinated pressing, for the throw-in they won that led to Lucas’ goal arose following some aggressive harrying to force an error.

Well organised and getting their execution spot on, Clement deserves credit for instilling his approach coherently onto his players, for their work in this compartment allowed Monaco to impose themselves on their adversaries to give them a dream start.

Monaco’s talented Brazilian midfielder carried on from his outstanding outing against Lens in the Cup by putting in another quality showing.

Starting in central midfield, the energy and athleticism of the former Lyon man was a constant thorn in the side of his old team. Getting forward whenever the opportunity presented itself, his deadly runs gave Monaco an additional layer of threat to their offensive plans.

Arriving late and unnoticed, his perfectly timed bursts meant he supplied a terrific option for crosses and through balls into the box.

His goal served as a testament to his prowess here, for his intelligent run completely caught out his marker, Emerson, thus gaining him the separation to head home Ben Yedder’s cross from close range. Martins and Volland’s part in the goal warrants mention too, as they pinned their markers to create the space for Lucas to exploit inside the box.

Relishing this freedom to maraud upfield to get into goalscoring positions, his strikes vs. Lens and Lyon, that both originated from his tireless running power, have seen him stamp his claim for a regular starting berth under Clement.

Although Volland typically operates in advanced areas in and around the final third, his movement to persistently drop into central midfield was a key element for Monaco against Lyon.

Whether causing marking dilemmas for his foes, forming overloads in central midfield or opening passing lanes into the attackers, the German’s nous shone throughout. Helping his team immensely in beating the press to progress upfield, his positional awareness was vital in Monaco bypassing Lyon’s central midfield duo.

His understanding with left winger Diop was an extra highlight, as the pair dovetailed smoothly to conjure openings for one another. The example below offers a perfect example of their fruitful opposition movements, where one man would drop deep (typically Diop) while drawing their marker and the other (usually Volland) would surge forward into the freshly vacated space.

Varying his movement to keep opponents guessing, the importance of Volland shone through yet again, with his high footballing IQ seeing him help his team in a more subtle yet equally effective way against Lyon.