AS Monaco bow out of the Europa League vs. Braga 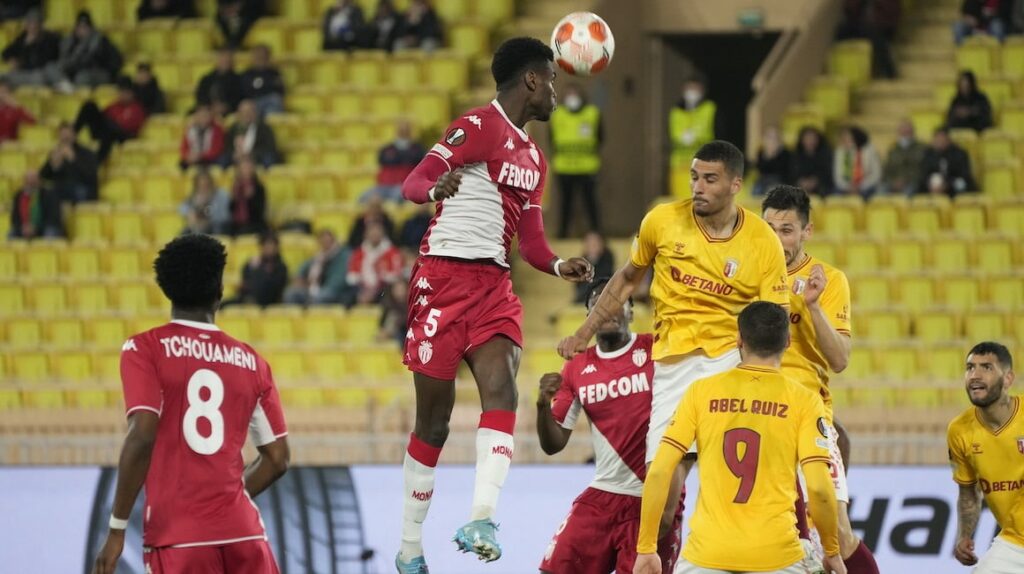 AS Monaco bowed out of the Europa League after drawing 1-1 vs. Braga in the second leg of their Round of 16 tie, with them unable to overturn the 2-0 deficit from the first leg.

On a night where Monaco yet again dominated possession, created many promising scenarios and unleashed a slew of shots, they ultimately fell short in frustrating fashion.

Starting the match with offensive intent and eager to get off to a flyer, Braga were, however, the ones who opened the scoring through Abel Ruiz’s strike. With an uphill battle ahead of them, Philippe Clement’s men came close to trimming the margin with efforts from Axel Disasi and Wissam Ben Yedder before the break.

Knowing his team had to produce something special to have any chance, the Belgian tactician made a bold triple substitution on 50 minutes, bringing on Aleksandr Golovin, Guillermo Maripan and Myron Boadu. He also altered their formation to play with a back three, in order to get the wingbacks high and have a plethora of men in attacking areas.

While Monaco looked dangerous and the chances came, Braga held firm, replicating their disciplined defensive shift from the first leg until Disasi finally broke their resistance at the death. But it was ultimately too little too late, as Monaco exited the competition, and in the process, recorded their seventh loss in their last 11 matches against Portuguese competition in Europe.

“The motivation was there tonight, but our hopes fell somewhat with Braga’s opener in the first half. There were opportunities to do better than a draw, that’s for sure,” Clement lamented.

“When you want to reverse a tie with a two goal deficit, you have to score very quickly. We didn’t manage to do that in the first half, and after their goal the pace dropped a bit. When we got back from the locker room, we had a few chances, but they were often packing the box. After Axel’s goal there was some energy, but it was too late. We will have to analyse all of this, in order to be able to move forward.”

“I am very disappointed like everyone else, the staff, the players, the managers, the supporters… There are two solutions: you can lower your head, or raise it and bounce back! There are ten league “finals” left until the end of the season. We will have to do our best to win as many as possible and not linger on the disappointment of our elimination. Everything is still possible, but we have to react. I have a lot of young players in this squad, who are logically very disappointed tonight. We have to stay together and show solidarity to create more chances and score goals.”

Another interesting figure that shows the pressure Braga were under arose from Monaco forcing them into making a whopping 46 clearances.

PSG on the horizon

Monaco have minimal time to mull over their Europa League adventure ending, for they have to quickly shift their attention to their colossal clash with Paris Saint-Germain on the weekend.

Desperately searching for a positive result against the league leaders, getting their first win in nine matches would be the perfect way to inspire some confidence heading into the international break.