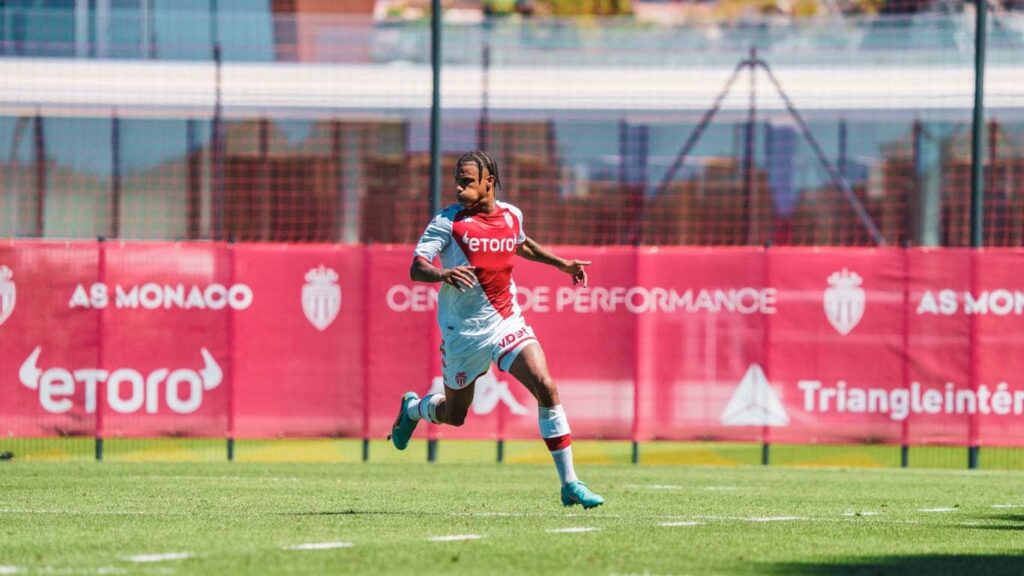 For their second friendly match, AS Monaco recorded a 1-1 draw against FC St-Gallen on Wednesday evening at La Turbie.

Four days after the victory against Cercle Bruges in the first friendly match of this pre-season, ASM was held in check against the Swiss club.

Jumping out to a perfect start, the Monegasques quickly opened the scoring through Jean Lucas in just the second minute.

While St. Gallen came close to levelling the ledger not long after, it was Philippe Clement’s men who unquestionably looked the most dangerous.

Scorer in the first friendly match against Cercle Bruges, Anthony Musaba then almost scored a second goal in as many games. On a long ball from Youssouf Fofana, the young Monegasque striker took advantage of the goalkeeper’s misstep to recover the ball in the area. But unfortunately he couldn’t succeed in capitalising on the opportunity.

A few minutes later, Aleksandr Golovin, who also stood out, had his powerful shot saved by the Swiss goalkeeper.

Upon returning from the locker room, the Monegasque coach completely changed his team, just as he did during the match against Cercle Bruges, bringing on several young players from the Academy.

Coming close to finding the back of the net again following a dangerous counter-attack led by Bamba, who found Ayiah before seeing the ball pass by Efekele, the Monegasques ultimately spurned this chance to extend their lead.

The visitors then took their opportunity to equalise by taking advantage of a defensive error by Marcelin, as Babic steered his finish past Nübel in the 75th minute.

“We conceded too many chances in the first period,” explained Clement at the end of the meeting. “In the second period, it was a good test for our young players against tougher opposition than in the last game. I am happy with the performance of Bamba, who showed good things.”

Even though the date and time of AS Monaco’s next friendly match has not yet been confirmed, the professional group will now fly to Portugal on Monday to continue their preparations for the season ahead.

The compositions of the ASM