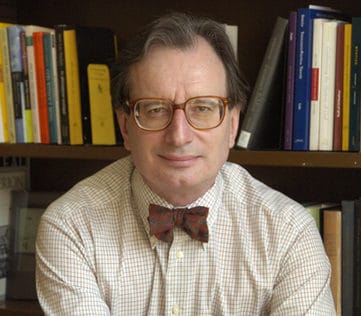 Eminent French philosopher Jean-Luc Marion was presented with the Principality Prize at last week’s Prince Pierre Foundation of Monaco literary ceremony. A joint award between the Foundation and the Monaco Philosophical Meetings, the prize was awarded to Marion by the jury in recognition of his contribution to philosophy and theology over the years.

“His important and highly original work, now translated into several languages, addresses the most current philosophical and theological questions and engages thought in a deep understanding of our contemporaneity in the light of a renewed phenomenology of love and the gift,” the jury said when presenting the award.

Jean-Luc Marion is a former student of acclaimed deconstructionist Jacques Derrida and went on to develop his own theories on topics of modern philosophy such as idolatry, phenomenology and mystical theology. He has expanded upon the work of modern giants Edmund Husserl and Martin Heidegger, adding a third reduction to their existing pair. This year, his book Prolégomènes á la charité (Prolegomena to Charity), which was originally published in French in 1986 and then reissued in English in 2002, will see a fresh printing.

On the same evening, Italian diplomat and author Maurizio Serra was given the Prince Pierre literary award, along with a cash prize of €25,000. Serra currently serves as the Italian ambassador to the UN and has written seven books to date, the most famous of which is Malaparte: vies et légendes (Malaparte: Lives and legends). This biographical work deals with the life of Curzio Malaparte, an Italian diplomat, war journalist, writer and filmmaker.

Elsewhere, Sébastien Ministru was awarded the Discovery Grant by the Princess Grace Foundation, which carries with it a cash prize of €12,000. The award was given in recognition of Ministru’s first novel Apprendre à lire (Learn to Read), published at the beginning of the year. The story deals with an intriguing love triangle between a father, his son and a prostitute.

In the final award of the evening, Emmanuelle Favier was chosen as winner of the High School Student’s Coup de Coeur award for her novel Le courage qui faut aux rivières (The courage needed by rivers). Besides this book, Favier has published three plays, several anthologies of short stories and a number of collected poem works.