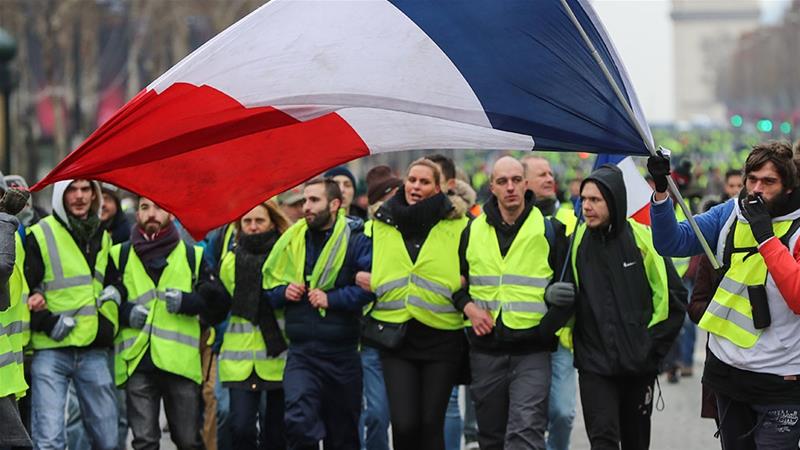 With the 19th weekend of Yellow Vest mobilization on the horizon, the Alpes-Maritimes prefecture has announced a ban on demonstrating in the center of Nice.

After the 18th day of Yellow Vest mobilization marked by violence on the Champs-Elysees, Saturday, March 16th in Paris, elected officials fear for the worst in the upcoming weekend. For the 19th episode of the movement, several “national calls” were launched on social networks, in Nice, as well as in Toulouse and Montpellier.

Ban proclaimed by the prefecture

The mayor of Nice, Christian Estrosi, decidedly took initiative on Tuesday, asking the government to ban the gathering in the center of the Riviera’s beacon city. On Monday, Prime Minister Edouard Philippe announced the ban on demonstrations “whenever it is necessary,” in the “most affected” neighborhoods, “as soon as we have knowledge of extreme participants and their desire to cause havoc.”

In the end, a ban was proclaimed by the prefecture. Such was much to the relief of the Hotel Union Nice whose President Denis Cippolini has publicly sounded the alarm this week. During a presentation of the latest tourism report on March 7th, David Lisnard, president of the Regional Committee of tourism evoked “significant repercussions on certain types of visits in 2019,” due to the Yellow Vest demonstrations along the Côte d’Azur.

It should be noted that over the four months of mobilization, Nice has not experienced significant overflows of activity and has seen fluctuating numbers of participants across the weeks. But the municipality fears that the city will see a significant spike this weekend, especially because of the meeting between Emmanuel Macron and Chinese President Xi Jinping on the Cote d’Azur.