For AS Monaco, Robert Moreno is the right coach at the right time 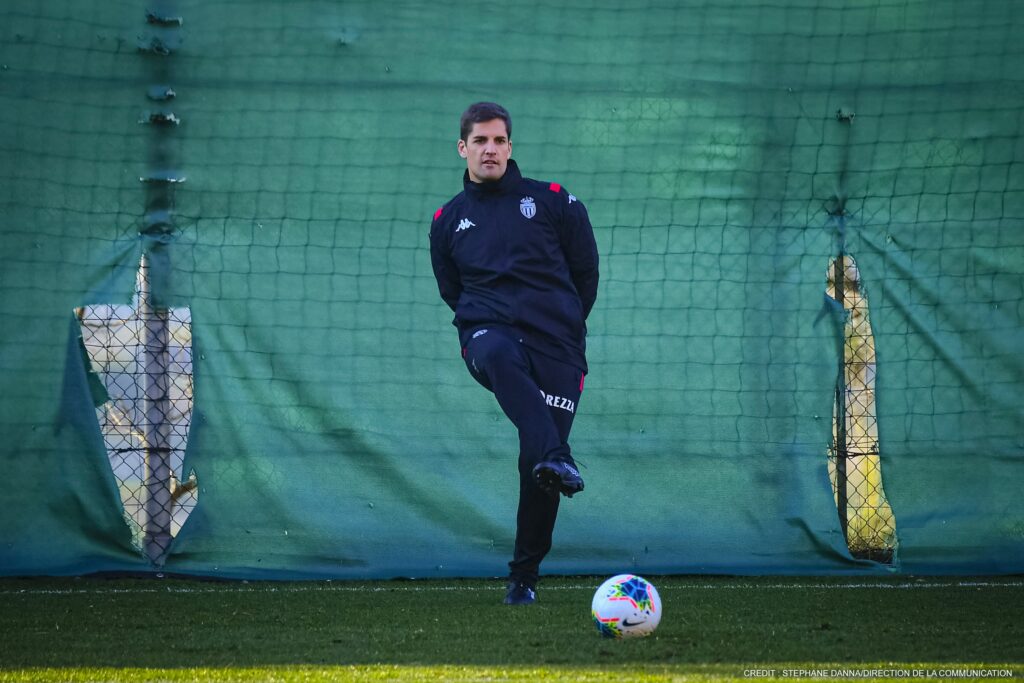 AS Monaco’s new head coach Robert Moreno is taking the helm for his first official match today against Reims in the Coupe de France’s Round of 64. The former Spanish national team coach and long-time assistant to Luis Enrique is expected to demonstrate his skills as he takes over one of the most talented clubs in French football.

While Moreno, 42, had never been a head coach before 2019, he does have a considerable amount of high-level coaching experience, serving as Enrique’s assistant from 2011 during the latter’s stints at AS Roma, Celta de Vigo, FC Barcelona, and finally the Spain national team. Taking over La Roja in his mentor’s absence, Moreno led them to a 7-2 record and a +25 goal differential by the time of Enrique’s return to coaching in November.

Moreover, AS Monaco Vice President Oleg Petrov noted at the Monday press conference that the club has a long record of bringing on young and talented coaches, with Gérard Banide, Arsène Wenger, Jean Tigana, Claude Puel, and Didier Deschamps all leading the Monegasque club early in their careers.

A tradition of developing young talent

Importantly, Moreno sees AS Monaco as the most suitable option for him. At the introductory press conference, Moreno emphasised that being the first choice of the board was an important factor. He also noted his appreciation for working with young footballers, which lines up well with AS Monaco’s strategy of buying and developing young players. As a result, according to the International Centre for Sports Studies (CIES), Dmitry Rybolovlev’s club earned more from transfer operations –  €1.029 billion – than any other club in the top five European leagues between 2010-2019. The transfer of Kylian Mbappé alone to PSG in 2018 brought the Monegasques €135 million, more than 10% of that total.

Moreno, who stated he had several job offers after leaving the Spanish national team, wants to prove himself at the top level. AS Monaco provides him an excellent opportunity to do so. The Monegasque club is one of the most successful clubs in France’s Ligue 1 (a top five league in Europe), with eight League titles (most recently in 2016/17), five national cups, one League Cup, and four French Super Cups, and has reached the final and semifinal rounds of the main European competitions. Moreno is taking over the club against the backdrop of a highly competitive season, with Monaco currently ranked 7th (28 points) – just five points behind the 3rd position.

The club has lofty goals on the pitch, with Moreno expected to lead AS Monaco to the Champions League, but AS Monaco is simultaneously undertaking ambitious investment projects beyond it. A new sports center under construction at La Turbie should be ready for use by the 2020-2021 season, thanks to a €55 million investment by AS Monaco shareholder and President Dmitry Rybolovlev that comes on top of the €355 million he has already invested in the club. AS Monaco training ahead of the game with Reims

Dmitry Rybolovlev is also keeping a close eye on another facility currently under construction: a residential complex for young players, which includes a school and apartments, as well as medical and educational centres. The new complex, situated next to Louis II Stadium, has been dubbed the “Diagonal” after AS Monaco’s iconic jerseys. Construction work on the complex began in 2018, and the facility is expected to be available by this fall.

In addition to these top-of-the-line facilities, Moreno can also look forward to a quick acclimation process, given that he is not the only Spaniard on the team. Since August, the medical staff of AS Monaco has been headed by Lluis Til-Pérez, who worked at FC Barcelona from 2003 to 2016. The recent overhaul of AS Monaco’s medical staff has been credited to Dmitry Rybolovlev’s personal initiative; the AS Monaco president grew up in a family of doctors and was himself a practicing cardiologist for some time.

Many players on the current squad are also familiar with the Spanish league. Last summer, striker Wissam Ben Yedder joined AS Monaco after several years at Sevilla FC, as did winger Gelson Martins (from Atlético de Madrid) and central midfielder Guillermo Maripan (from Deportivo Alavés). Under Dmitry Rybolovlev’s watch, the summer transfer period turned out to be very efficient for AS Monaco’s club management, with Transfermarkt reporting the club spent around €140 million on buying new players.

The most controversial issue surrounding Moreno’s appointment was timing. Some have criticised the move to change coaches during the winter break, and this issue was raised during the press conference. AS Monaco Vice President Oleg Petrov responded with a vote of confidence in Moreno, stating: “Obviously it’s not easy to find the ideal coach and the technical team, especially in the middle of the season, but I believe that we managed to do so”.

Of course, this decision by the club’s senior management might not have been as sudden as it seems. Beyond the disappointing results from the start of this season and the need for a change of atmosphere within the club, the mid-season appointment will provide Moreno with a critical window of opportunity to get thoroughly acquainted with his players before the next summer transfer campaign. That, in turn, will give him a head start in laying the foundations for long-term success. AS Monaco has entrusted the Spaniard with an ambitious mission, and today’s match will be his first test.