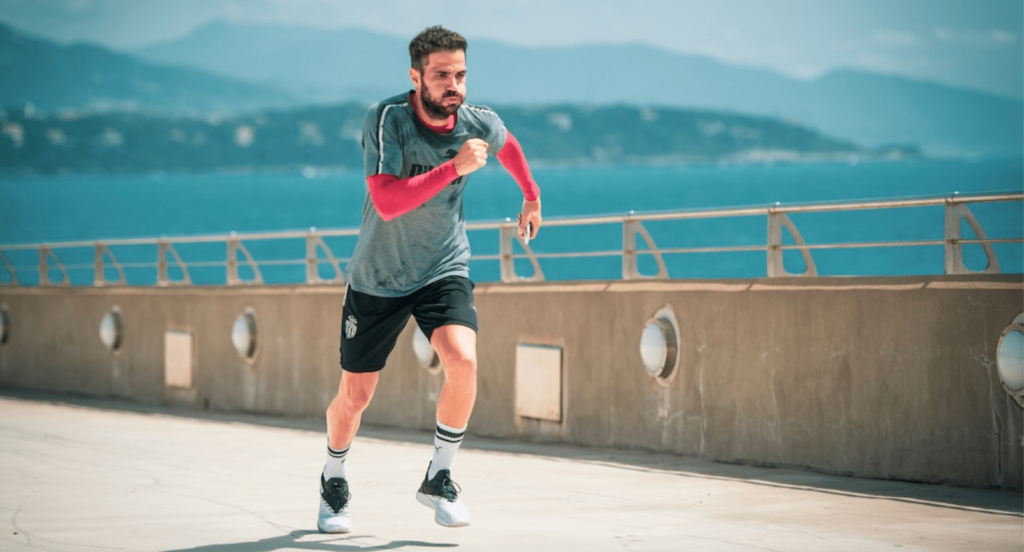 © AS Monaco
This week AS Monaco released an exclusive video of Cesc Fàbregas’ personal training routine, taking place in famous spots in and around Monaco. ASM players are still following individual training programs to be ready for a return to football, with this video offering insight into the daily routine of one of the world’s most well-known footballers.

The current lack of matches does not mean AS Monaco players are taking a break in their crucial fitness and exercise programmes. Each player is working individually, hoping to resume collective training in the not too distant future. Up the Palace steps, climbing up to the Rock’s amphitheatre, the malecón and a run by the port, without forgetting meeting a fan, the team has allowed us to experience a day of training with the Spanish international Cesc Fàbregas.

The Spanish midfielder reveals he often trains in the Palace’s shadow, using the amphitheatre steps to keep up his stamina. “Given these difficult times, I often come here to train,” he admits between pants.

While running laps on the marina of Fontvieille, he speaks of the importance of training the body as well as the mind. His message ended with a hope that everyone watching was to stay safe, stay with their families and not to do anything stupid.

AS Monaco training should hopefully return in six weeks.

Tactical analysis: Why Fabregas is such a valuable member of Moreno’s Monaco

While he’s not been at his absolute best this season and come under plenty of criticism, there’s no doubting what an asset Cesc Fabregas is to AS Monaco, writes our football analyst Edward Stratmann.