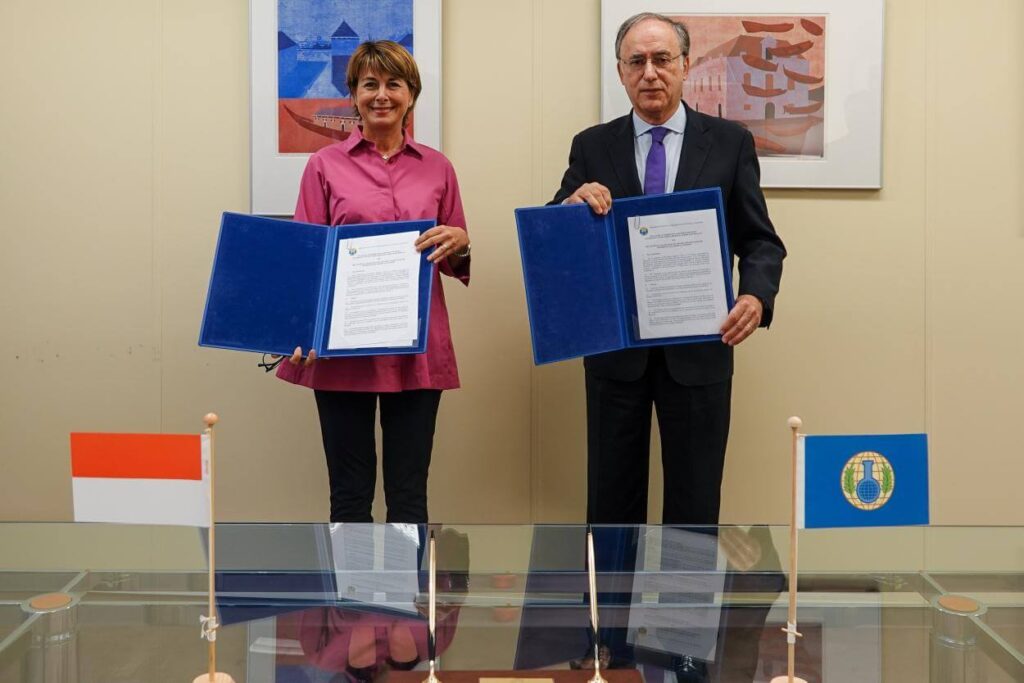 © Organisation for the Prohibition of Chemical Weapons

On 24 September, HE Ms. Isabelle Berro-Amadeï presented her Letters of Credence accrediting her as Monaco’s Ambassador and Permanent Representative to the Organisation for the Prohibition of Chemical Weapons (OPCW).

The official ceremony took place at the OPCW headquarters in The Hague (the Netherlands). The Director General of OPCW, Mr Fernando Arias, and the Principality’s new Permanent Representative held a private conversation after the ceremony. The diplomats discussed a variety of subjects, including the consequences of the coronavirus crisis on the organisation’s missions, the elimination of stockpiles of chemical weapons in Syria and the fight against the illegal trade of chemical agents on the dark web.

H.E. Ms. Berro-Amadeï thanked the Director-General for his commitment to the work of the international organisation dedicated to eliminating the threat to international peace and security posed by chemical weapons.

The Permanent Representative and the Director General then signed the agreement renewing the voluntary contribution of the Principality of Monaco to the activities of the Trust Fund for Syria Missions. The Principality has contributed €10,000 to to assist in full elimination of the Syrian Chemical Weapons Programme and clarification of facts related to the alleged use of chemical weapons.

Monaco has been an active member of the OPCW since the Chemical Weapons Convention entered into force in 1997. Over 98% of all declared chemical weapon stockpiles have been destroyed under OPCW verification. For its extensive efforts in eliminating chemical weapons, the OPCW received the 2013 Nobel Peace Prize.