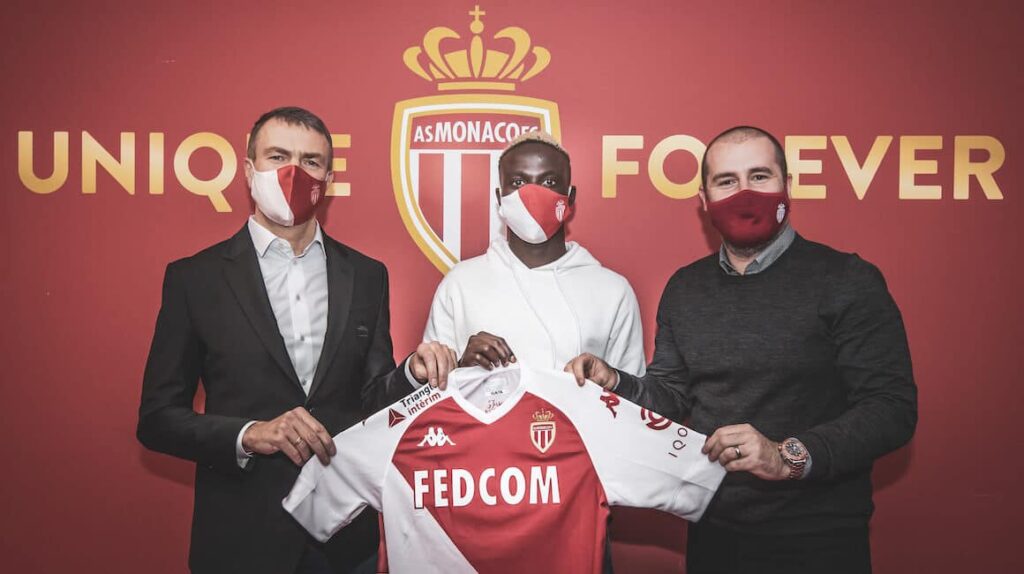 Considered by many as the best player in the Belgian top flight, AS Monaco’s capture of Krepin Diatta is unquestionably a brilliant piece of business.

Signing in a deal potentially rising to €16 million, the Senegalese attacker, who can play on either flank, will add plenty of imagination, dynamism and quality to their excursions into the final third.

One of those relatively unique wingers that can both score and create, which his 20 goals and 11 assists in 79 matches at Club Brugge evidences, sporting director Paul Mitchell was delighted to have secured his services. “With his dynamism, finishing skills, and also his versatility and international experience despite his young age, Krepin has many assets that will allow him to integrate into the modern style of play being developed by Niko,” he gleamed.

“Krepin’s arrival is part of the club’s desire to raise the quality of the squad even further this season and to continue building for the long term.”

The player himself was equally delighted to be joining the exciting project at Monaco, saying: “I am very happy to join AS Monaco and to have the opportunity to progress with such a recognised and ambitious French club whose history is well known to everyone. I can’t wait to discover these new surroundings and to work hard with my new team-mates to give back to the club the trust it has placed in me.”

Coming in with some crucial Champions League experience, 16 international caps for Senegal and with two Belgian first division titles, Monaco is an excellent place for him to nurture his talent so he can continue his remarkable rise.

Despite being only 21 and with plenty of room for development, there’s no doubting Diatta’s game is already at an extremely high level.

While his offensive attributes are his most striking characteristics, his defensive contribution is worth highlighting. Always keen to engage in pressing, track back diligently to follow his direct opponent or help a teammate to slow down a counter, he has a strong work ethic in this area.

Meanwhile, if he’s situated closely enough to chime in with a tackle or interception, he gets stuck in to regain possession for his team while showing solid judgement in the process. The fact he completed 5.33 successful defensive actions p90, 0.77 possession adjusted tackles p90 (4th best among attackers in Belgian’s top flight), 2.29 interceptions and won 66.15% of his defensive duels (2nd best) accentuates his stopping output.

Shifting the focus to his attacking skill set, and the explosive prospect has many strings to his bow to hurt defenders. Beginning with his dribbling, Diatta is a tremendous threat with his sharp ball control, good first touch, vast catalogue of maneuvers and his desire to outfox opponents to create promising scenarios for both himself and his teammates causing havoc for backlines.

Thriving when isolated 1v1 with a marker, he can beat them with stepovers, feints, body swerves, roulette spins, nutmegs and faked passes and shots. To further compound things for defenders, the way he uses his blistering speed and acceleration, in combination with his subtle alterations in pace and searing changes of direction, enhances his threat.

Remaining awake to nearby foes through head checks, this allows him to either turn immediately, use his classy back to goal game to hold up the ball or spin away if he knows where the angle of pressure originated from.

So unpredictable and elusive, as a result he draws many fouls in damaging areas in and around the final third. Another valuable byproduct of his ball carrying prowess arises from how it draws multiple markers, which consequently generates space for teammates to get free and open passing lanes.

To continue the theme of his in possession work, and his passing is a fine asset too. While he’s capable of keeping things simple and recirculating possession, he’s at his best when firing off ambitious, progressive passes. Competent whipping in incisive crosses into the box, measured through balls over the top, sliding ground balls in behind for attackers and hitting some neat infield cutbacks, he’s certainly a handy chance creator. Two footed and using all parts of his foot to pass with, this adds to what a tough to read opponent he is.

A very useful finisher to boot, Diatta applied some wonderful strikes throughout his time in Belgium. Finding the back of the net via a mix of thunderous drives, placed finishes, instinctive close range efforts, wicked first time strikes, powerful volleys and clever dinks, this area of his game is at a high level for a winger.

His shrewd movement into the area is crucial towards his success, for he times and directs his runs well to offer a viable option. Whether running in behind, attacking the back post with cunning blindside runs, cutting into the box as the defence collapses deep or charging towards the front post, opponents have found him a tough man to keep tabs on.

The man who was the 10th highest scorer in the Belgian top flight prior to leaving also had the 10th most shots (52), the third most touches inside the box p90 (5.50) and was seventh for most successful attacking actions p90 (7.97), which underlines his quality.

Other notable features of his movement come from how he frequently hugs the touchline so he can be isolated, how he occasionally rotates infield and from how he helps form overloads in wide areas to progress attacks.

Set to be a fantastic addition to Monaco’s squad, he’ll not only bring essential offensive depth but definitely add another dimension to Kovac’s side going forward with his dynamism and multifaceted game.

With Monaco playing so brilliantly at present and the team settled, this will give him the chance to take his time integrating to life on the French Riviera.

Having already made his debut, where he produced some glimpses of his talent, once he gets fully up to speed, there’s no doubting what a difference maker he’ll be. And one that should be a massive weapon in the club’s important Champions League qualification chase.