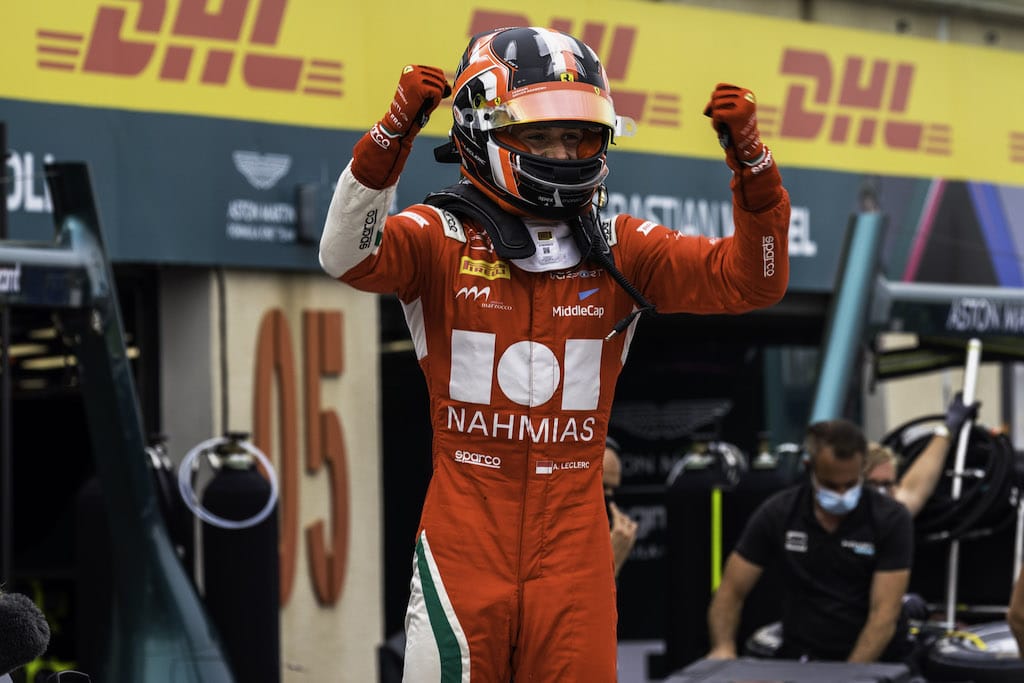 The Monégasque driver took home his first ever Formula 3 victory this weekend, racing on the Castellet circuit.

A moment he will never forget. Starting from pole position in the second race of the French Formula 3 Grand Prix, Arthur Leclerc (Prema) made his very first F3 win during his second Grand Prix weekend.

“It’s mad! On Friday, I really wasn’t expecting to win the next day,” he explained, still moved by his first F3 win. Coming in at 12 place in the first race of the day, Charles Leclerc’s younger brother put in a perfect performance during the second race, having qualified with the fastest time.

An incredible comeback in race 3

Race number three was also excellent, as he moved up 17 places, having started in 30 position on the grid. In the end, he crossed the line in 13 place. Once the results were in and drivers ranked, the Monégasque came out in 11 place. His teammate Dennis Hauger (Prema) is in the top spot, ahead of Victor Martins (MP Motorsport) and Jack Doohan (Trident).

For the 31 drivers racing in F3, their next race will take place from the 3 to 4 July in Austria, making that the third Grand Prix out of seven this season. Will Arthur Leclerc shine once again?