Hertha’s Matheus Cunha an exciting transfer target for AS Monaco 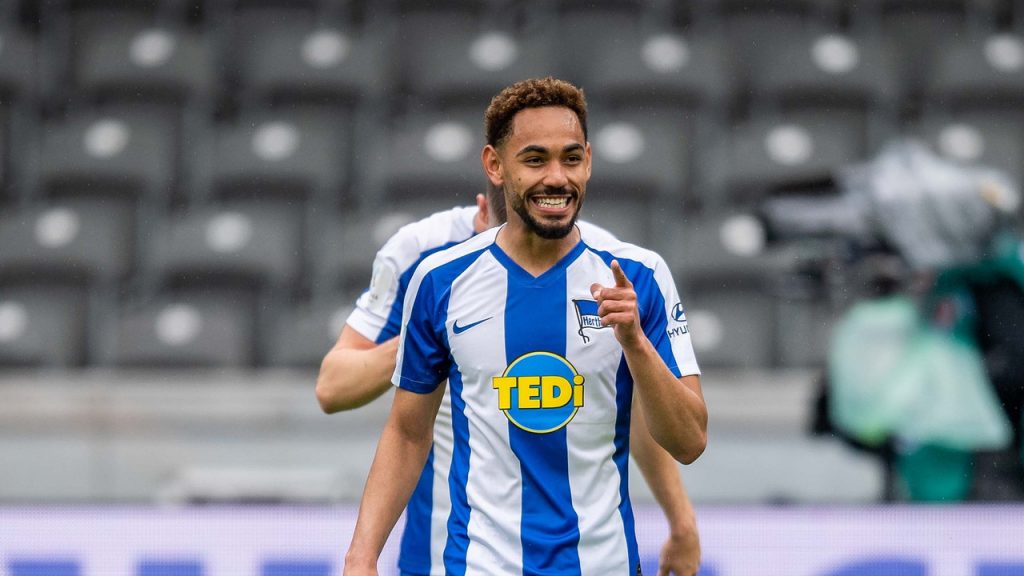 Impressing heavily in the Bundesliga with his exciting skill set, confidence and flair, the Brazilian, who bagged seven goals and six assists in his 27 appearances, was instrumental towards his team staying up.

As a result, he’s caught the eye, appearing destined for a move this summer, with the likes of Liverpool, Atalanta, Borussia Dortmund, Napoli, Leeds United and AS Monaco all recently credited with showing interest in signing him.

In the case of Monaco, he’d certainly fit the bill nicely, for his quality and versatility to play across the frontline would see him nicely complement the team’s already strong options that include Wissam Ben Yedder, Kevin Volland, Sofiane Diop, Stevan Jovetic, Aleksandr Golovin and Cesc Fabregas.

Seeing as Monaco will have a busy schedule both domestically and in Europe, Cunha would be a fantastic addition to add some valuable depth too. The fact he’s only 22 and has so much scope for improvement further enhances his suitability for Paul Mitchell to bring in for Niko Kovac’s side.

While he’s expected to cost around £30 million, considering he’s already at a high level and is ideally placed to develop into an elite player, this would be money well spent.

To begin with his output with the ball at his feet, and the former Sion star’s tidy first touch and ball control provide him with the platform to be such a nuisance. Once on the ball, his artful dribbling enables him to gain territory and beat foes using his speed and trickery. Having the class to outfox opponents with his shrewd changes of pace and direction, plus via feints, shimmies, Cruyff turns, shoulder drops and stepovers, he’s certainly a nightmare for defenders. Full of confidence and always backing himself 1v1, the fleet of foot and mind attacker jumps at any chance he gets to be isolated with his opponents.

The fact he’s so strong on the ball allows him to withstand pressure while protecting it so he can execute his actions coherently, draw defenders or win fouls.

Accompanying the above with his ambitious and progressive passing, Cunha’s ingenuity and imagination to play high risk, high reward passes is an asset. Although he turns the ball over on occasion, it’s admirable how he’s never afraid to attempt defence splitting through balls, penetrative line breaking passes and link play with some slick flicks and backheels. Possessing the capacity to unlock rearguards with a moment of magic is a unique trait and adds another dimension to his worth.

It’s also good to see how the two footed forward hits raking switches of play, astute set pieces and is proficient at striking crosses and cutbacks towards runners into the box.

Using his vision and awareness, in combination with how he blends power and finesse on the ball, certainly amplifies his menace.

Cunha’s proven he’s a force to be reckoned with when he gets into goal scoring range, for he can smash home efforts from range, fire in clever placed finishes, neat chips and instinctive tap ins from close range. Displaying a fine goal sense and always on the search for opportunities when they arise, his confidence extends into this compartment of his game.

Bringing everything together with his movement, Cunha can impact proceedings both in front of and in behind opposition defensive lines. Relishing surging in behind with smartly timed and angled runs, he targets the gaps between defenders effectively. Furthermore, how he recognises when a defender is out of position, caught ball watching or preoccupied heightens his danger, serving as a cue for him to get on his bike.

Whether hitting the channels, breaking through the middle or charging into the box, Cunha’s depth movement constantly asks questions of trackers.

Switching the focus to when he checks towards the ball, and this is an important string to his bow as well. Allowing him to create overloads in midfield and intelligently find space between the lines, he helps his team progress through the thirds smoothly. Placing constant doubt in defenders’ minds due to them being uncertain about following him deep, Cunha takes full advantage of this to get on the ball in ideal central areas.

Some other features of his movement come from his ability to read second ball drop zones and form overloads around the area to boost his team’s chances of regains. And also courtesy of his astute rotations across the frontline, which see him competent having spells as a playmaker, a winger or a striker.

Although his exploits going forward predominantly draw attention to him, his defensive efforts warrant praise too, as he’s an intense presser, feisty in the tackle and puts plenty of effort into winning back possession. Indeed, this aspect of his armoury is an integral reason he’s drawn comparisons to Liverpool’s multifaceted Roberto Firmino.

Set for a bright career ahead, where the former RB Leipzig man’s future lies next term will be a fascinating story to follow. Hertha Berlin’s sporting director in Fredi Bobic had this to say on his future: “I’m glad he’s with us and doesn’t have a clause. Whether he will play the future with us, we’ll have to see. I can’t say right now whether he’s happy that he wants to stay here.”

While there’s nothing definitively decided yet, one thing for sure is that whoever secures his signature will be extremely delighted, for he’s one for now and the future.