AS Monaco’s player ratings from their comfortable victory over Sparta 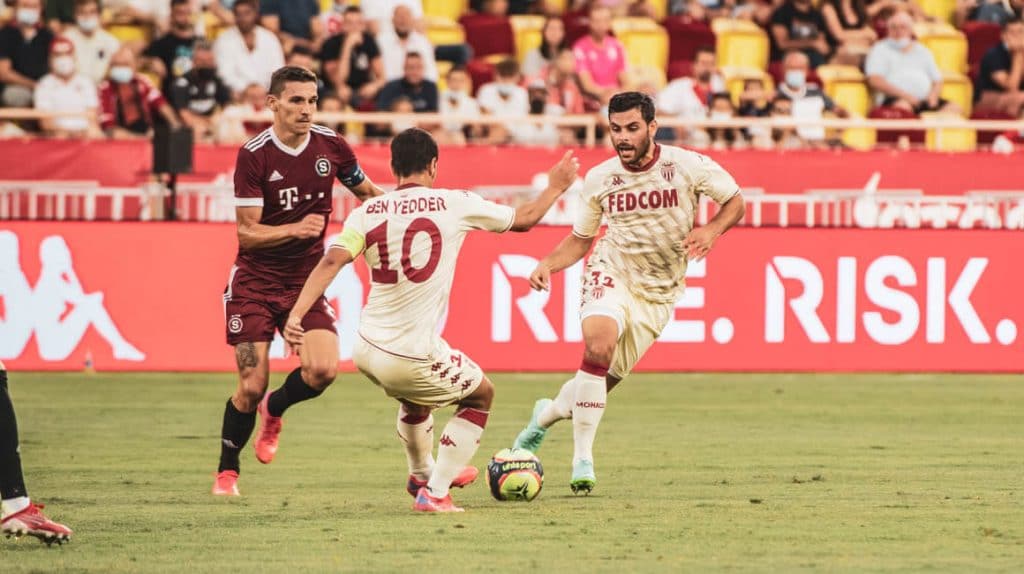 AS Monaco secured their passage into the final stage of Champions League qualification by defeating Sparta Prague again. Here are our player ratings from the match.

Alexander Nubel (5): A couple of misplaced passes almost proved costly, with Nubel sometimes overly ambitious in his passing out from the back. Made a couple of saves in another pretty quiet night at the office.

Djibril Sidibe (6.5): Back in his hybrid role on the right side of the defence, he performed solidly. Whipped in some nice crosses on his way to creating three chances and motored forward on occasion to stretch Sparta. Applied some good interventions and was strong in his duels, as he completed 10 ball recoveries, three interceptions and won three headers.

Benoit Badiashile (6): Excelling in build up with his progressive passing over all distances. On top of completing more passes than any other player with 85, he also hit four accurate long balls and had one key pass. Defensively not as good, but still decent in his stopping output.

Axel Disasi (7): A commanding presence at the back, Disasi worked hard for his team to mop up danger, break up attacks and track his markers. Always a threat at set pieces and showed his leadership qualities.

Caio Henrique (6.5): Worked cohesively with Aleksandr Golovin down the left, as he benefited from the space the Russian created for him. Late arriving forward runs were a real weapon. Replaced by Ismail Jakobs.

Aurelien Tchouameni (7.5): Got through a heap of work as usual. Kept things ticking over in midfield with his passing while proving what an asset he is in terms of recovering possession, as evidenced by his nine ball recoveries, eight won duels, four interceptions and three tackles. Replaced by Eliot Matazo.

Youssouf Fofana (7.5): Fulfilling his role effectively, Fofana was at the heart of many positive passages. Whether recovering possession, pressing aggressively, winning aerials, pushing forward into the area or linking play with his passing, his contribution was vital.

Gelson Martins (7): Continued his superb start to the season with another classy outing. His nifty goal gave Monaco the lead, as he produced plenty of danger from his intelligent runs in behind and into the area, plus via his dribbling wizardry. Replaced by Krepin Diatta.

Aleksandr Golovin (7.5): A constant thorn in Sparta’s side, Golovin ability to drop deep to form overloads in midfield and evade markers in the final third saw him difficult to contain. A threat throughout with his inventive passing, clever movement and set pieces, it was good to see him reward himself with a goal. Sadly went off with an ankle injury. Replaced by Sofiane Diop, who scored a wonderful goal to seal the win.

Kevin Volland (6): Back in his groove following a couple of quiet games, the German impressed by finding space centrally and in the half spaces, setting up many promising moves and launching many shots on net. Although he didn’t score, he laid on an assist and orchestrated Monaco’s second. Replaced by Cesc Fabregas.

Wissam Ben Yedder (7.5): Much improved shift from Ben Yedder, who looked very dangerous throughout. Aside from supplying a neat assist for Golovin, he linked play slickly, found space cleverly and held the ball up well. Manufactured five chances and unleashed three shots too, which should be a sign of big things to come from the Monaco captain.