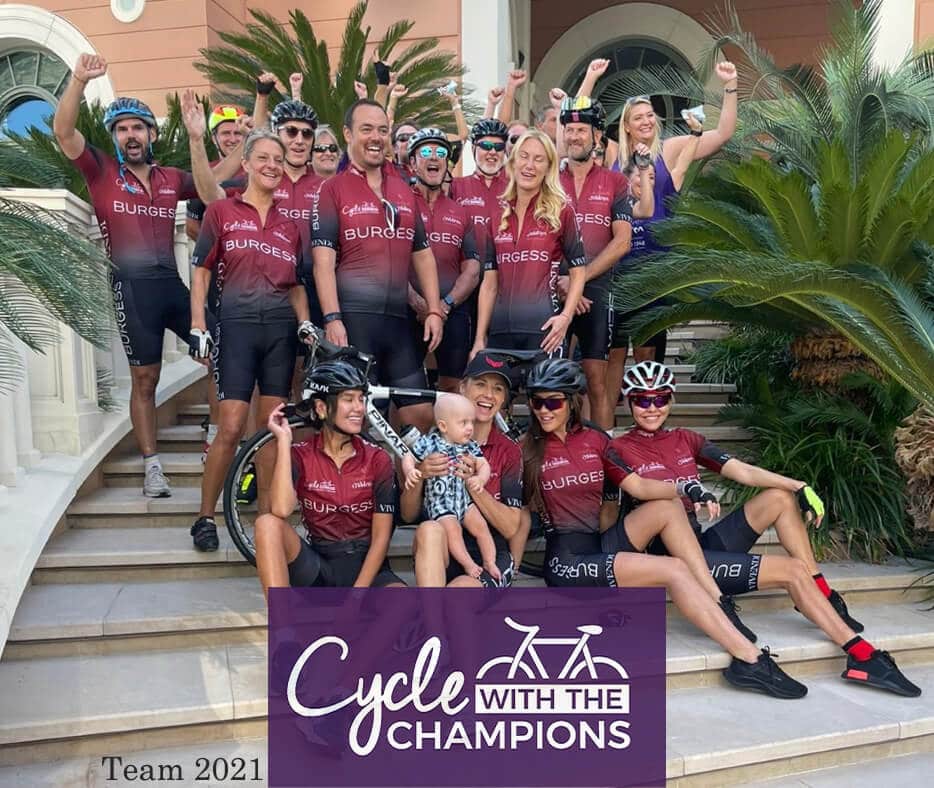 The Butterfly Ball Monaco was hosted by Emeritus Chairman, John Caudwell and Modesta Vžesniauskaitė at the Monte Carlo Bay Resort.

Held entirely outdoors, Modesta, a former professional cyclist and Olympian – is the mastermind behind the two annual events. On Friday 24th – Cycle with the Champions – a group of cyclists went on an 85 km one-day sponsored ride through the picturesque terrains of the Cote D’Azur and ended at the Port of Monaco. The annual Ball took place on Saturday 25th September 2021. 100% of the proceeds from both events went directly to transforming the lives of disabled children and their families in the United Kingdom.

A month before the sixth annual Cycle Monte Carlo, John suffered a cycling accident while on holiday in Italy. Although, he is on the road to recovery, John was not able to take part in this year’s race. However, John was able to raise over £50,000 via JustGiving with generous supporters. He and his six-month-old son William cheered on the cyclists, who were led by John’s partner and event organiser Modesta Vžesniauskaitė.

Caudwell Children is a national children’s charity based in the UK, founded in 2000 by John Caudwell and led by CEO Trudi Beswick. The charity has supported over 55,000 disabled children with 653 different medical conditions. In 2019, they officially opened the Caudwell International Children’s Centre, the UK’s first independent purpose-built facility for the assessment, intervention and research of autism. John Caudwell, remains the charity’s most passionate supporter and personally donates the charity’s administration and management overheads each year, enabling 100% of all direct donations to be spent directly on the children and families they support.

The next day, everyone headed to the outdoor terrace at the Monte-Carlo Bay Hotel where Philanthropists joined John and Modesta for an evening of hospitality, entertainment, an auction and dancing under the Monegasque autumn stars. Ticket sales, Cycle with the Champions, Justgiving donations, the charity auction – featuring an original David Yarrow photograph, a week’s sailing on John’s superyacht Titania and stays in his Whistler ski lodge – and the Butterfly Ball Monaco raised more than €1,524,095 million for Caudwell Children. To date, this is the highest amount raised in the Monaco ball’s history.