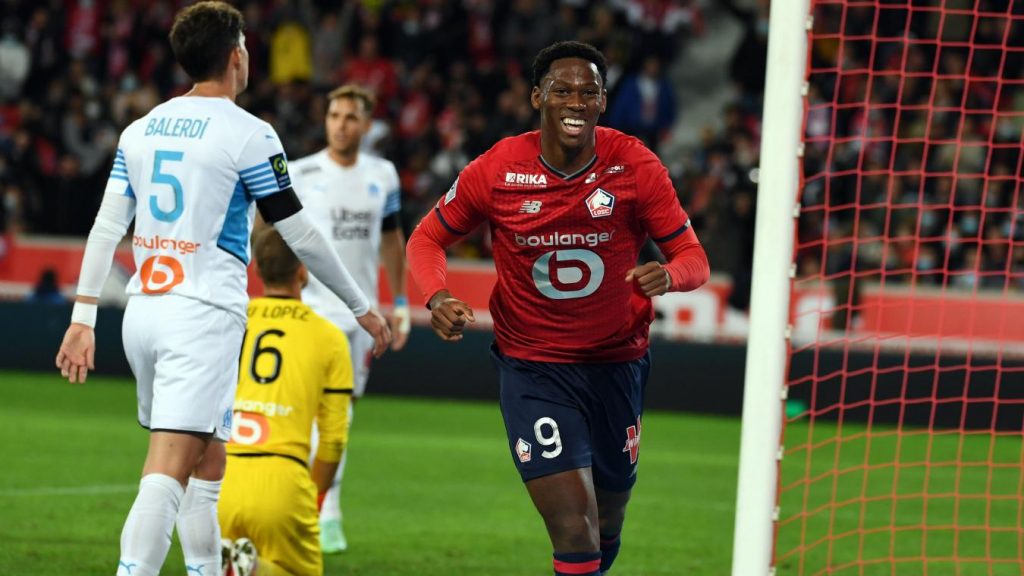 A shining light in their challenging beginning to the campaign, which sees them sit in 12th place and unable to reach the heights of last term’s title winning efforts under the now departed Christophe Galtier, David’s been on fire.

Finding the back of the net against the likes of Montpellier, Strasbourg (twice), Marseille (twice) and Paris Saint-Germain, his form’s been crucial in keeping Lille in the hunt for the European places.

A player who can hurt opponents in a variety of ways, AS Monaco will need to pay close attention to the gifted Canadian international, who is equal first in the Ligue 1 scoring charts, in their upcoming clash.

So intelligent with his movement and boasting solid relationships with his teammates, the speedy David finds and creates space expertly to help his team.

By being adept at finding space both in front of and behind opposition defensive lines makes him a tough man to persistently shut down. Quick to spot openings and angle runs in between defenders, plus take advantage when they’re caught ball watching or preoccupied by a marking assignment, he’s quick to pounce once he sees a gap.

Also good at exploiting the blindside of markers when attacking the back post, marauding into vacated zones in transition and darting into the channels when fullbacks step out, this adds to his menace.

David vitally transfers his nous here into his movement inside the box, where his knowledge of whether to hold his run as the defence collapses deeper or venture centrally or towards the back or front post, has been valuable. In addition, his nifty dismarking maneuvers such as zig zags, stop gos and double movements enhance his capacity to gain separation.

Swift to identify when he can drop deep with his back to goal to link play, generate overloads or receive between the lines, this compounds issues for defenders.

How he executes smooth rotations across the frontline with his fellow attackers places doubt in defenders’ minds too, never allowing them to settle into a pattern of how to combat him.

Neat and tidy on the ball, David’s dribbling is a big asset of his, and one that sees him capable of weaving out of danger, beating opponents and drawing opponents to create a free man upfield. His low centre of gravity and immense core and lower body strength help him as well, allowing him to maintain balance under duress, ride challenges and win fouls in dangerous areas.

An ingenuitive passer who can unlock defences with some classy through balls, dinks, crosses and cutbacks, the former Gent star’s final third mastery is amplified by his aptitude here. In deeper areas, his longer range through balls in behind and down the channels, crisp interplay in tight and line breaking passes further underline his offensive value.

Clearly an accomplished finisher, the 21-year-old’s instincts, anticipation and execution ensure he’s ideally situated to find the back of the net. Striking his attempts with a nice blend of power and finesse while able to score with a wide array of finishes, this has been a major aspect of his armoury as well.

Be it opening his body to find the corners, striking the ball with venom, cleverly beating the keeper in 1v1s, reacting quickly to rebounds or driven in crosses and being good aerially, David has a finish to match almost any scenario.

By the numbers, his 0.76 goals per 90 from an Expected Goals reading of 0.63 and solid shot map below illustrate his prowess in this regard.

Carrying his exceptional run to finish last season, where he bagged 11 goals in his last 18 matches, into this one, he’s definitely been Lille’s chief dangerman.

Fresh from helping Canada finish the international break on top of the CONCACAF standings ahead of the likes of America and Mexico, there is some concern over his health due to a knock he took to the eye. But the early reports suggest he should recover in time for the colossal clash with Monaco.

Becoming a more rounded and experienced player all the time, David’s taken his game to another level in recent months to emerge as one of the premier attackers in Ligue 1.

Set to provide plenty of conundrums for Niko Kovac and his coaching staff on how to stop him, it’ll be fascinating to see how Monaco go about limiting his influence. Considering Les Monegasques’ backline has only conceded two goals in their last five matches, you can guarantee Lille’s wizard won’t have things all his own way.

Multifaceted, physical, athletic and technical, David will unquestionably be a difficult man to contain for Monaco, who’ll be up for the challenge that lies ahead and doing everything in their power to nullify him and his colleagues.

All will be revealed on Friday night in what looms as a mouthwatering showdown at the Stade Louis II.