AS Monaco secure vital victory in a thriller vs. Rennes 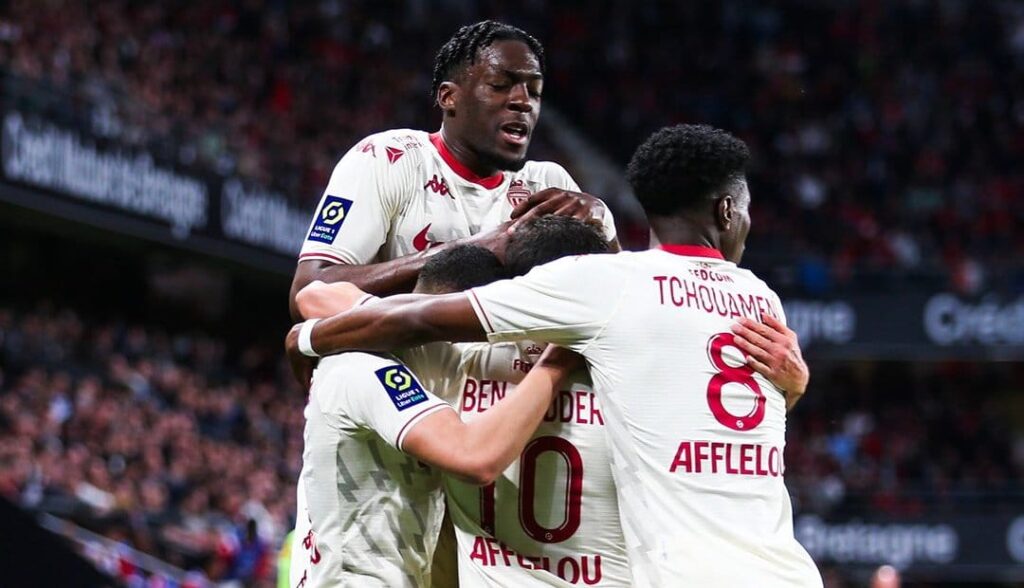 AS Monaco recorded a scintillating 3-2 win over Rennes away from home to give their Champions League qualification aspirations a huge boost.

Visiting Roazhon Park to face off with a Rennes outfit that were unbeaten in their last seven Ligue 1 matches, Monaco knew they were in for a fierce battle if they were to claim victory. Getting off to the worst possible start, Rennes confirmed their class by taking the lead right away through Flavien Tait in just the fourth minute.

Eager to deliver a quick response, Les Monegasques were back on level terms eight minutes later, as Vanderson applied his finish expertly to oblige Aleksandr Golovin’s outstanding through ball.

Following this electric start to proceedings, the remainder of the first half was evenly balanced in terms of chance creation, with both teams enjoying some promising moments even though Rennes controlled possession.

Omari’s tough night at the office continued when his mistake allowed Aurelien Tchouameni to surge forward before finding Vanderson, with the Brazilian then teeing up substitute Myron Boadu to extend their lead.

Although Martin Terrier pegged a goal back from the penalty spot in stoppage time, it wasn’t enough to prevent Monaco running out winners, in what was a pulsating match full of drama.

When speaking after the triumph that secured their fourth consecutive win, Philippe Clement was full of praise for his team. “It’s not easy to concede a goal quickly here, but we stayed calm and I’m very proud of my players on that point, because we talked about it a lot together in the last few weeks. We stayed in the game and it shows that the team is growing. We are on a series of five victories over the last six games, including one in Marseille, against Paris and here in Rennes. Now the most important thing will be to stay calm, ambitious and not be satisfied with that because we still have six finals until the end of the championship,” he said.

“We analysed this team well with my staff and we tried to create an organisation that allowed us to be solid, but at the same time to create chances. The players showed a lot of good things in this organisation against an excellent Rennes team.

“There are still a dozen teams that can claim a place in the European Cup, and therefore there’s a lot of “finals” to play. This proves the level of Ligue 1, with many quality teams. We are going to have to confirm the good performances of the last few weeks in order to finish as high as possible in the standings.”

Yet again proving what a masterstroke the club’s decision to sign him in January was, Vanderson continued his exceptional start to life with Monaco. Playing a part in all three of Monaco’s goals, his contribution was immense from the right wing.

Scoring the opener with a sublime finish, involved in the build up to the second and assisting the third, Vanderson emphatically stamped his mark.

Next up for Monaco is another colossal clash, as they return to the comforts of the Stade Louis II to take on OGC Nice in the derby. Set to be a captivating battle between two teams still desperately vying for that final Champions League place, expect this duel to be just as entertaining as Monaco’s win over Rennes was, with the winner set to be nicely positioned for a podium finish.

“It’s a very important match for the fans and for the club, but we shouldn’t focus solely on this derby. All the following matches will also be very important. We have to savour today but keep our feet on the ground and prepare tomorrow for a great game on Wednesday,” Clement said.