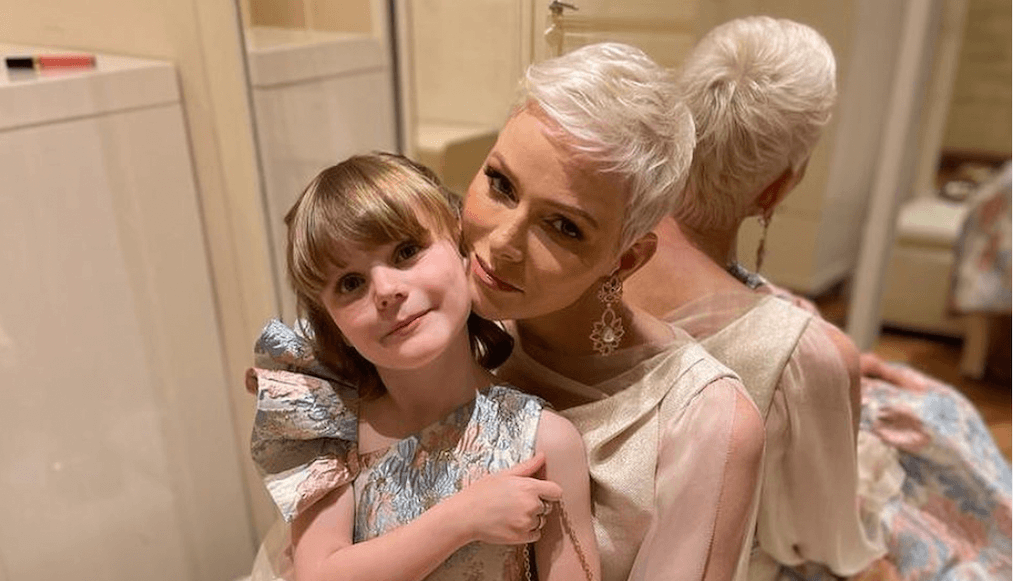 There is a pretty photo of Princesses Charlene and Gabriella, in each other’s arms, elegantly dressed in evening attire.

Princess Charlene wrote in the description: “I loved every moment preparing my Princess for her first official event. We’re looking forward to a great evening at the fashion awards.”

The Monte-Carlo Fashion Awards, Princess Charlène’s third official public appearance since her return to public duties, after the E-Prix and the Saint Devota Rugby Tournament, were the event that sparked the photo.

The Princess also broke her silence in an interview with Monaco Matin. It was an opportunity for her to comment on the last few months, which have been trying to say the least, as well as the rumours that have been spread: “It has been a long, difficult and very painful road. Today I feel more at peace. (…) I do find it unfortunate however that some media are spreading rumours like these about my life and my marriage. We are human beings like everyone else, and like all human beings we have feelings and vulnerabilities, except our family is in the media spotlight and the slightest sign of weakness is reported on. (…) I am very happy to be back home in Monaco and with my family. I received so many positive and warm messages when I was away from Monaco and I thank everyone for their support.”

The Princess also mentioned the huge support she received from Prince Albert II during these painful ordeals. The Princess spoke too about her closeness with Princess Gabriella at the Monte-Carlo Fashion Awards, as well as about the upcoming Grand Prix, where she will be present, alongside Prince Albert and Crown Prince Jacques, who will be doing the lap of honour for the first time.