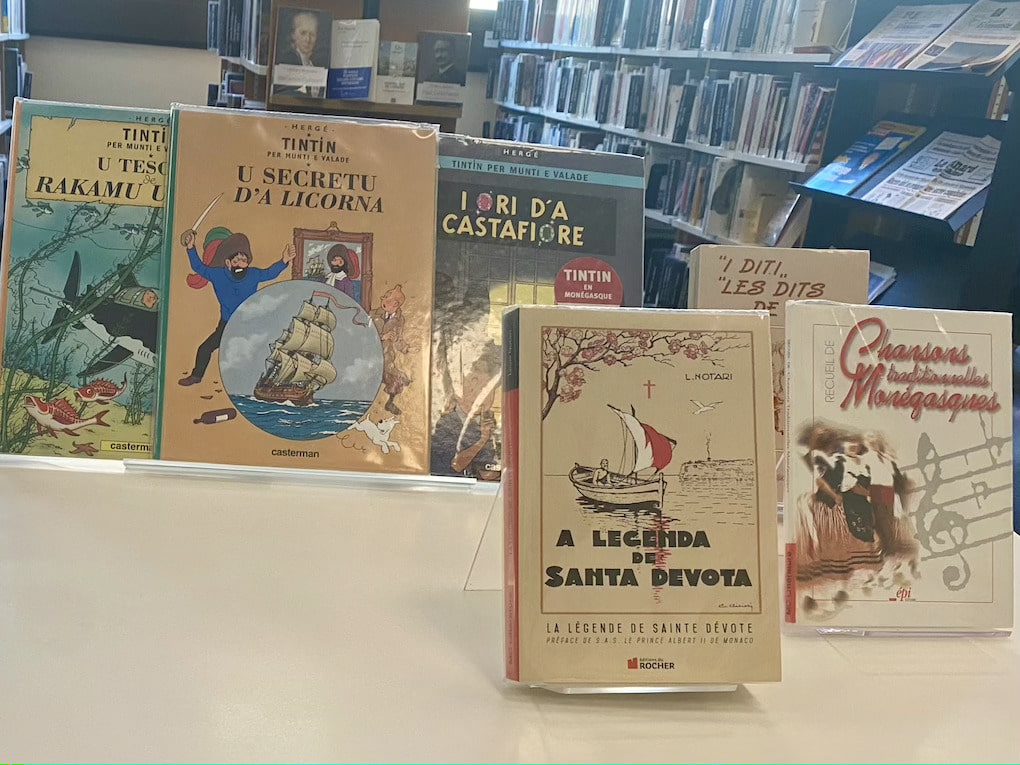 A selection of books is provided by the Médiathèque de Monaco, where the Monegasque language competition has just ended.

It is a well-known fact that Monegasque is essentially a spoken language. It was not until the 1920s that the National Committee of Monegasque Traditions and the poet Louis Notari had the idea of codifying the language with grammar, spelling and conjugation. But apart from the traditional dictionaries and textbooks, how can we learn Monegasque, its expressions and intonations?

SEE ALSO: VIDEO. Learn the basics of the Monegasque language in three minutes

It all began, of course, with this unique work. In 1927, Louis Notari decided to produce a written work that was entirely in Monegasque and he did so with A Legenda de Santa Devota: The Legend of Saint Devota. It is a very long poem, prefaced by Prince Albert II and also available in French. With the bilingual version, you can check the simultaneous translation.

But for Céline Sabine, the true strength of the poem, lies elsewhere: “Louis Notari uses the celebration of Saint Devota, patron saint of Monaco and the Grimaldi family, to talk about the history, daily life and customs of traditional local society. It’s a mine of information. It was thanks to this book that the Monegasque language could be established. (…) It allows the reader to learn more about the society of a certain era, as seen by an important character.”

SEE ALSO: Have your say! Your opinions and memories about the Monegasque language

Let’s take a look at Marc-Marius Curti now. This Monegasque businessman published regular poetic, philosophical, humorous or even satirical texts in the regional press in the 1930s. After his death, his nephew, in the 1990s, wanted to put them together in a collection.

“Some had been published in the press, but others had stayed in a drawer at home,” says Céline Sabine. “There are some rather amusing texts, again in a bilingual format. (…) The subject matter is varied and, again, the collection allows us to see written work by a local, this time during the 1930s.”

SEE ALSO: The Multimedia Library of Monaco receives a work by Francis Bacon

3. The “Tintin” series in Monegasque

We couldn’t talk about works in Monegasque without mentioning the adaptations of the famous reporter with his quiff. The Castafiore Emerald, The Secret of the Unicorn and Red Rackham’s Treasure become I Iori d’A Castafiore, U Secretu d’ A Licorna and U Tesoru of Rakamu U Russu.

These are not bilingual versions, but there is a small glossary: “it is a source of local pride, plus  the advantage is it’s fun, trans-generational, intended for a family readership. Expressions have been adjusted to the context and the Principality: Captain Haddock is Captain Stocafi for example. (…)Tintin has kept his name but it is pronounced Teen-Teen. »

As for Thomson and Thompson, the two moustachioed policemen have the same-sounding name but with a different spelling, here, the translation was adapted to get round the issue: “The transcription in Monegasque should have been Dupont and Dupond, as in the French language original, but that wouldn’t have made any sense because we pronounce all the letters in Monegasque. (…) The vaulted passages that connect parallel streets are well-known in Monaco-Ville. They are called “Ponte” (bridges, like DuPONT) if you look at them from above and “Vouta” if you look at them from below. So, very cleverly, the policeman were renamed “Duponte” and “Davouta”. »

These three limited-edition albums can of course be borrowed from the Médiathèque.

To complete the selection, here’s an original idea: learn as you sing! Because nothing beats the spoken word for picking up sounds and pronunciations. That is why a collection of songs was created, with the help of the Soroptimist Club de Monaco.

Naturally it includes the Monegasque national anthem, with its translation, but also many traditional or religious songs with beautiful illustrations. Some scores have even been preserved!

“Echoing this, I would like to remind your readers that a few years ago, the Philharmonic Orchestra accompanied the children’s choir from the Rainier III Academy to record Aiço D’Aiçì on a CD, which can also be borrowed from the Media Library ,” Céline adds.

All these works are therefore available at the Médiathèque. At the same time, by all means take a look at the MC collection, which is full of books that will plunge you into Monaco’s history and heritage!