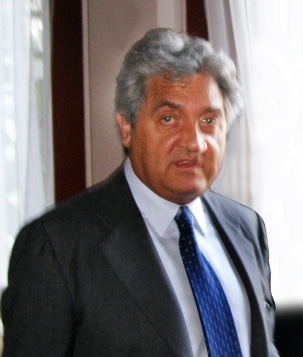 Wojciech Janowski, accused of funding the murder of his billionaire mother-in-law Hélène Pastor, calls all charges “pure invention” in front of Assize Court of Bouches-du-Rhône

All eyes turned to Wojciech Janowski this week, as the Polish businessman and son-in-law of murdered heiress Hélène Pastor stood trial as an accomplice to her death. Janowski faced questioning in the Aix-en-Province courtroom for a gruelling seven hours, during which time he reiterated his innocence in the scandal and called all charges against him “pure invention”.

Pastor’s fortune is believed to be worth €20 billion thanks to the real estate empire created by her father. She was killed in an ambush in May 2014 along with her chauffeur Mohamed Darwish, after the pair were attacked when leaving l’Archet de Nice hospital, where she had been visiting her son. Both sustained serious injuries from a sawn-off shotgun and though Pastor would temporarily regain consciousness, neither would survive.

Before her death, Pastor was able to tell detectives, “I’m scared, I want to see you again because I have other things to say.” After following the clumsy trail of clues left by her killers, police eventually happened upon Abdelkader Belkhatirun, the brother-in-law of sports coach Dauriac. Dauriac is connected to the Pastor family because he has served as the personal trainer of Hélène’s daughter Sylvie and her partner Janowski for several years.

Though Janowski and Sylvie Pastor have been romantically involved for almost three decades, they have never married and Sylvie’s worsening breast cancer meant that the Pole would not receive a single cent in inheritance in the case of her death. Despite the fact that Janowski had allegedly been siphoning a significant chunk of the monthly €500,000 allowance that Sylvie received from her mother, it is alleged that Janowski organised her murder to access a bigger share of the fortune.

Regardless of the accusations, his previous confession in police custody and the damning testimony from Dauriac, Janowski maintains his innocence. The trials continues and a verdict is expected to be delivered on October 19th.