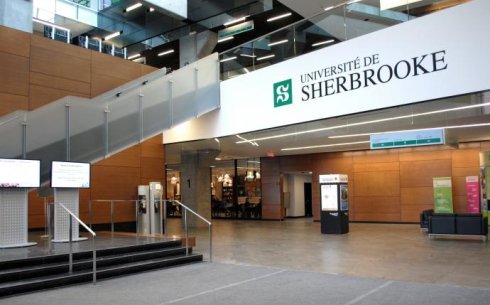 Prince Albert II received an honorary doctorate from the Université de Sherbrooke at a ceremony at the Longueuil campus in Quebec.

The ceremony took place on February 5th in Quebec. To honor his commitment to the defense of the environment and the promotion of sustainable development, the Canadian University of Sherbrooke has awarded an honorary doctorate to Prince Albert II. The ruler received this honorary title from the hands of the university’s rector, Professor Pierre Cosette.

In the rector’s speech, Mr. Cosette underlined the contribution of the Monegasque Head of State in the fight against climate change: “By awarding this institutional honorary doctorate, the University of Sherbrooke wants to pay tribute to a man with a big heart and a visionary who is sincerely devoted and, often discreetly, actively fighting for the preservation of the environment and for sustainable development. The achievements of His Highness Prince Albert II of Monaco and the values that underlie them join us and inspire us.”

Visibly moved by this recognition, the sovereign insisted on the necessary mobilization of everyone to face this challenge, which involves the future of our children: “We are all concerned, and I hope that all responsible persons join to me to preserve our planet.”

Since 2006, the Prince Albert II of Monaco Foundation has supported more than 400 projects and donated more than 51 million euros to some 100 organizations.

In the afternoon, the Prince went to Quebec to open an exhibition focusing on his mother, Grace Kelly’s visitation of the Chateau Frontenac 50 years ago (Grace of Monaco: a Princess in Quebec, until April 2).