A glimpse at the 2019 Monegasque Diplomatic Corp Conference 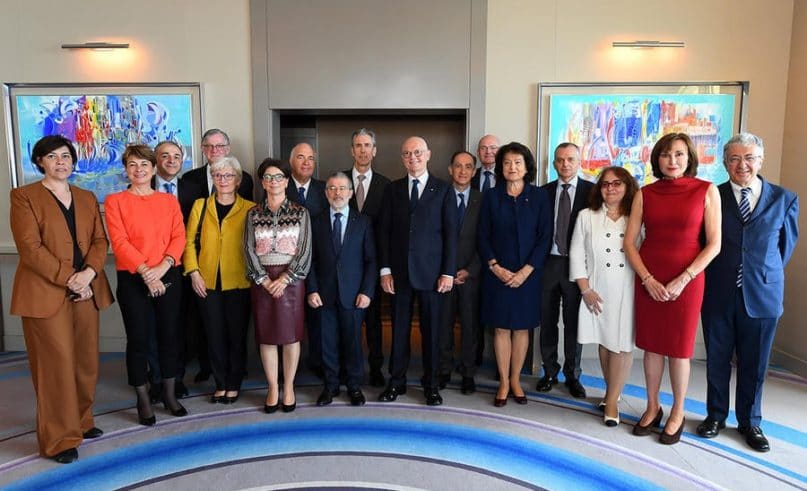 © A glimpse at the 2019 Monegasque Diplomatic Corp Conference

The Department of External Relations and Cooperation organized the annual Diplomatic Conference, which brought together, from April 24th to 26th, all of Monaco’s diplomats of Monaco.

“Our primary responsibility is to represent HSH the Sovereign Prince, to make known and recognize the reality of Monaco, far from the clichés that continue to circulate, by maintaining the best bilateral relations with the countries where you practice […] It is also to assert our place in the concert of nations with the subjects on which the Sovereign Prince engages in the multilateral framework, which is essential to our international relations” declared Gilles Tonelli, Minister of the External Relations and Cooperation, in opening of the diplomatic conference.

Subsequently, a progress report was presented on the state of negotiations between Monaco and the European Union, followed by a presentation on Sustainable Development Goals (SDGs) and particularly on the monitoring of the Principality’s commitment to SDG 14: “Conserving and sustainably exploiting oceans, seas and marine resources for sustainable development.”

Then, different hot topics were discussed. The Scientific Council would also discuss the energy transition, budgetary, and tax developments, expansion at sea, the missions of the Committee for the Promotion and Protection of Women’s Rights, the 2020 Dubai Expo, and the commemoration of the Prince Albert I Committee.