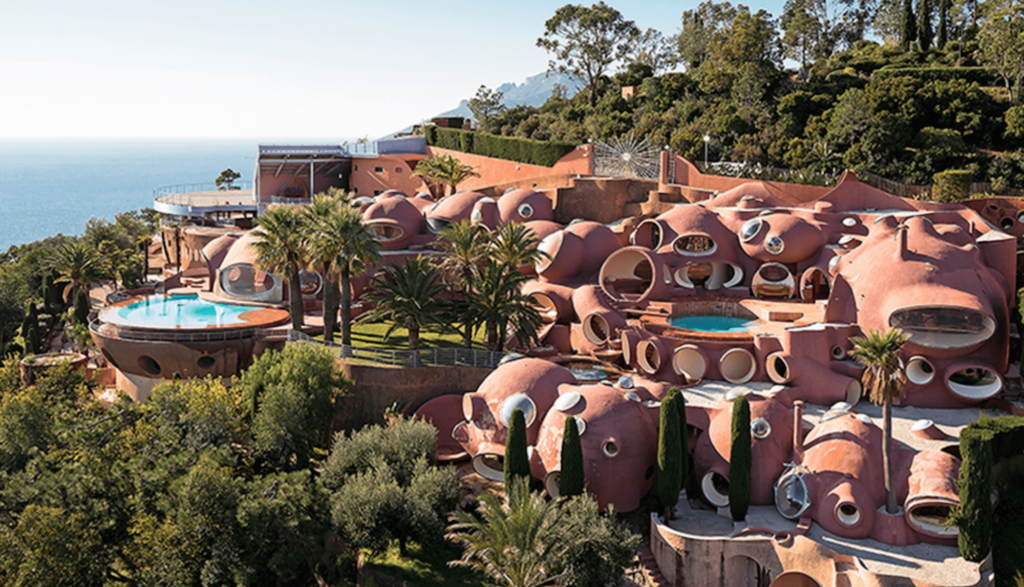 There are few words that do justice when describing Pierre Cardin’s Bubble House. Nestled in the Riviera hills just outside of Cannes, it has stood for almost 40 years looking out over the Cannes bay. It is both modern and atemporal, innovative and unique while being classically 1960s James Bond-esque.

At 1,200m2, this villa complex sprawls across the Esterel hills, the ochre bleached walls reminiscent of both a spaceship and the cave dwellings that inspired the Hungarian architect Antti Lovag and the initial owner Pierre Bernard. It now belongs to French fashion designer Pierre Cardin, who is often mistaken to have designed the estate himself.

Not a single line within the building is straight. Lovag’s vision was so closely tied with the circular form as he believed that from its “infinity” rose the perfect shape. This unique house is comprised of multiple spherical modules, dotted with terraces and pools to create the illusion of “suspension between sea and sky” as you look out of the porthole-style windows. Sunlight seeps into every corner of this building, reinforcing the architect’s desire to reconcile the home with the natural world. 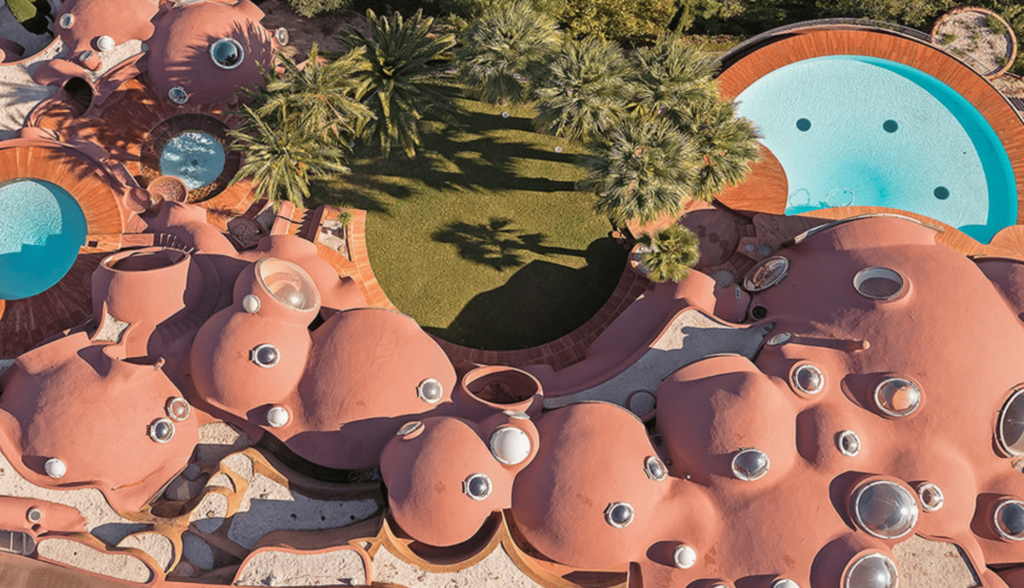 The man behind the curtain

Built between 1975 and 1989, it was the creation of Lovag, who Bernard commissioned to create what would be their second collaboration. The businessman from Bresse had worked with the architect before on his own home Maison Bernard 10 years earlier, as an admirer of his organic architecture. 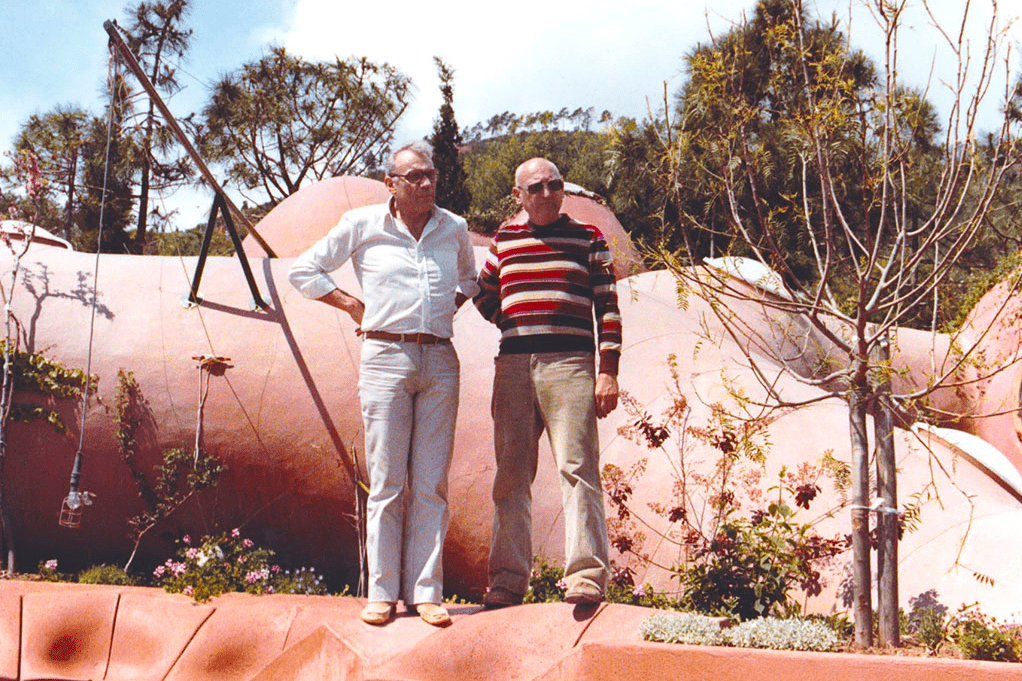 Lovag was a self-proclaimed “habitologist”, an architect who is interested primarily in the home. According to Jean-Paul Hesse, the current Director of Communications for the estate, Lovag “wanted to design houses that could adapt to man’s needs as they came about. Fascinated by Inuit peoples, he wanted a home without edges, doors or roofs […]. His ideal house should once again become an element of freedom and allow man to reconcile himself with nature.”

In 1992, Cardin acquired it from Bernard. Cardin bought it when it was still technically unfinished, and brought back Lovag to complete his masterpiece.

As a return to prehistoric constructions, these spherical abodes mimic early human caves, incorporated with a modern twist of elliptical windows and, of course, lavish interiors. However, since Cardin become the owner, more and more is the estate called “the body of a woman”, as he himself liked to repeat. Its anthropomorphised form mimics the hips of a Bond girl dancing in the opening credits, undulating walls and doorways echoing the 1960s. It is an avant-garde interpretation of early living that collides with the effortless style of this era. 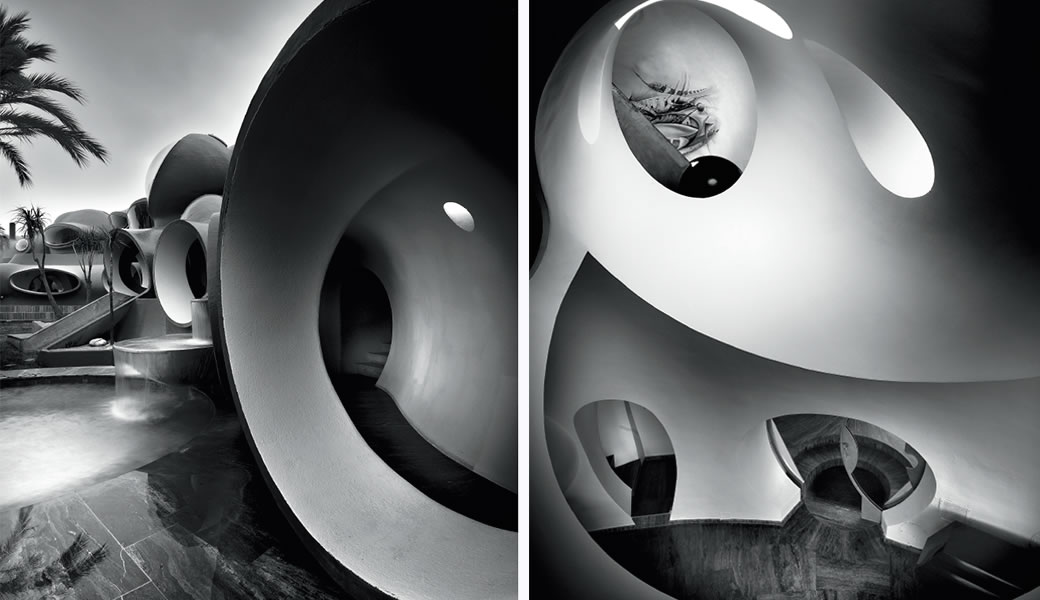 The interior is all decorated by contemporary artists, further elevating the status of this villa complex to an artwork. Murals by Patrice Breteau, Jérôme Tisserand, Daniel You, François Chauvin and Gérard Le Cloarec grace the labyrinthine hallways and bubble-shaped rooms. Cardin envisaged the layout of each room, handpicking and even designing the pieces of furniture. A collection of utilitarian sculptures is also on permanent display. 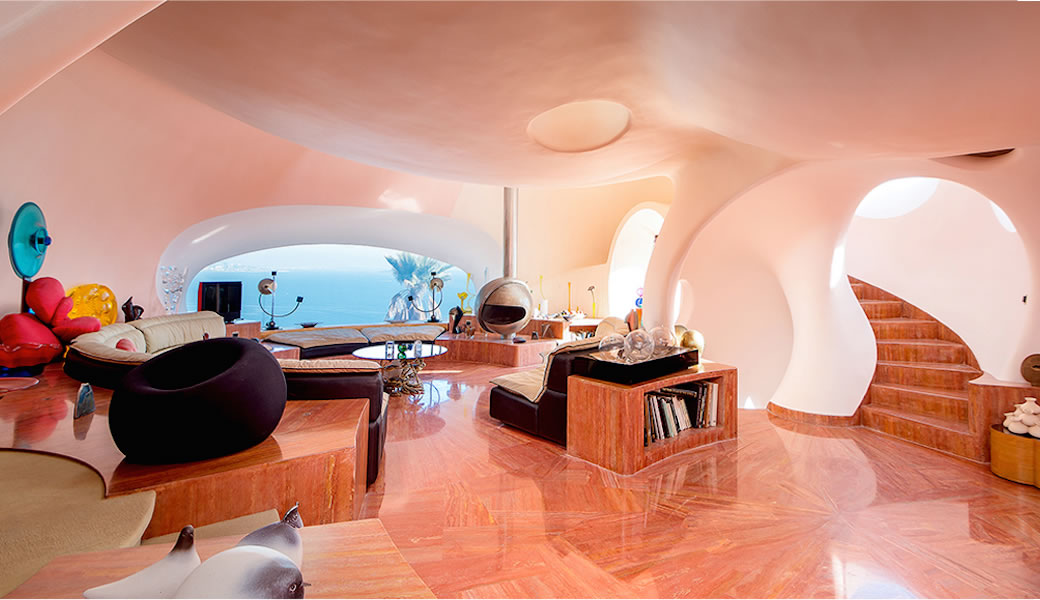 The villa’s intimate relationship between outside and in is reflected across the estate. Luscious palm trees, an endless expanse of sea, and the man-made waterfall built into the house all combine in a utopian creation. Extending from Cannes to Saint-Raphaël and the Lérins Islands, the view itself is an exclusive point from where one can watch the happenings of the bay. On very clear days in winter, it is even possible to see the edge of Corsica.

In 2006, it caused some controversy by being awarded the Patrimoine XXe Siècle, a title given by the Minister for Culture to exceptional architectural works.

For the current owner, this house is a place of hedonism. He told the French newspaper Le Figaro, “I’ve known nothing but happiness [here], including magical evenings and unforgettable parties. I’ve hosted many celebrities here. I remember my meeting with Arnold Schwarzenegger. When he saw me, he lifted me by the collar to kiss me. I found myself hanging above the ground, and he said, laughing, ‘See how much bigger you are now!'”

It is within the palace’s celebrity status that you can better understand its artistry. Since 2000, the Bubble Palace was open to Cannes Film Festival goers for after-parties and soirées, a symbol of the exclusivity of the residence.

Timelessly fashionable itself, this villa has seen its share of fashion shows: in 2008 and 2015 respectively, Cardin showcased one of his collections while Dior took to the estate to showcase their autumn-winter line. One of the more recent designers to go, albeit for holidays rather than a catwalk opportunity, was Simon Porte Jacquemus. 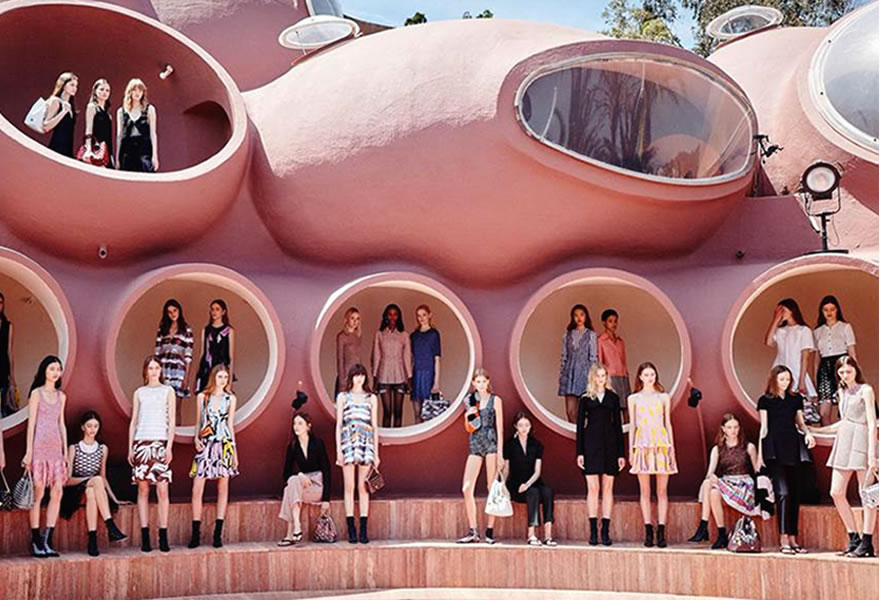 Now the palace is available for film premieres, weddings, and photoshoot, with the entire estate available to rent. No fees are given online but it is reported to put you roughly 27,000€ out of pocket for one day. 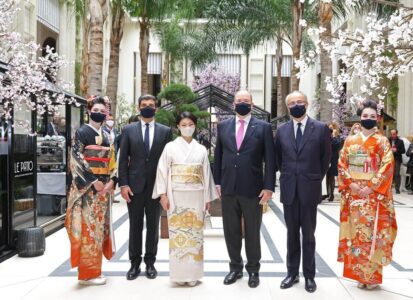 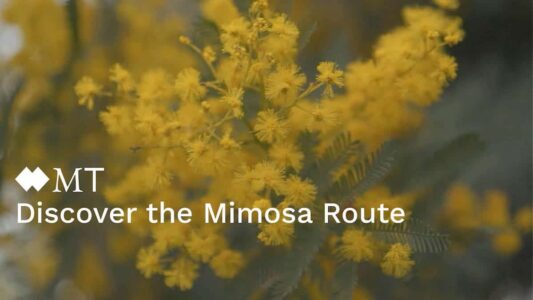