AS Monaco to help victims of domestic abuse 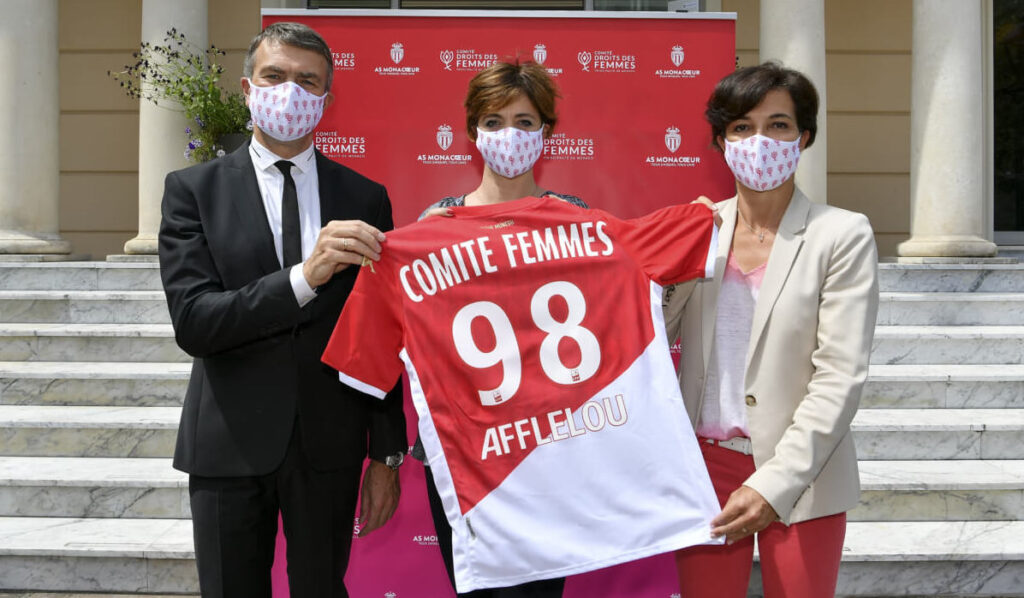 On June 9th, the Committee for the Protection and Promotion of Women’s Rights (CDF) and AS Monaco cemented their partnership by presenting a jersey in the colours of Monaco’s football club.

The Principality’s club is taking a stand against domestic violence. On June 9th, Oleg Petrov, Vice President and manager of AS Monaco presented a printed jersey to Céline Cottalorda, Ministerial representative to the CDF and Véronique Charlot, head of division at the Department of Social Welfare and Social Services (DASO).

“We are joining forces to help victims of domestic abuse,” Cottalorda declared on Twitter. Since June 3rd, AS Monaco has been partnered with the Committee for the Protection and Promotion of Women’s Rights. The football club has been lending its facilities free of charge to domestic abuse victims since May.

According to Nice Matin, AS Monaco is providing those who have suffered domestic abuse six bedrooms, a kitchen and a common room until June 30th. The partnership is set to continue but it is not confirmed. In any case, this solution is an extra help alongside the 20 state-provided houses, which are available to single parents and young people at the Princess Charlene foster home.