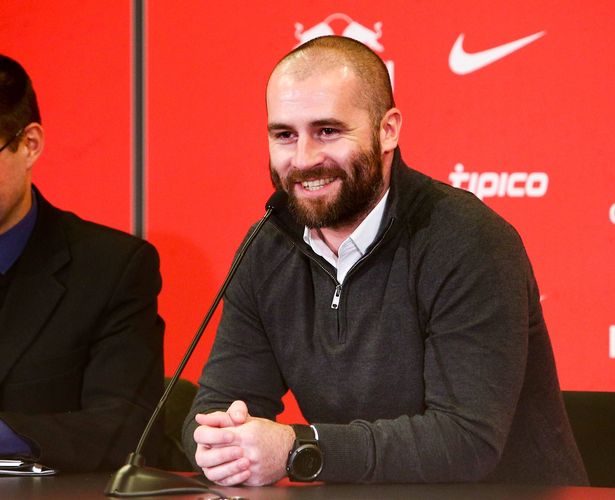 When the news broke that AS Monaco had secured Paul Mitchell as their new sporting director, excitement was abundant among the club and its fans. Joining with the reputation as one of the most elite operators in his field, Mitchell’s emphatically proven this over the years working for the likes of MK Dons, Southampton, Tottenham Hotspur and RB Leipzig.

Monaco CEO and Vice President, Oleg Petrov, was clearly delighted about the acquisition, who he hopes will give the club a real edge, stating: “It is a great satisfaction to welcome Paul Mitchell to AS Monaco after several successful years with Red Bull and I would like to thank Red Bull for making his appointment possible in a very professional manner.

“Paul will bring his skills in talent identification, recruitment and the development of our players, from the Academy to the first team. Paul will be in charge of the sporting aspects of AS Monaco and I am convinced that his arrival will significantly strengthen our project.”

A former player, who plied his trade with the likes of MK Dons, Wigan Athletic, Swindon Town, Barnet and Wrexham, once he was forced to retire at 27-year-old due to injury, his path in recruitment began. Starting his journey with MK Dons in 2008 as head of recruitment, the four years spent with the Dons gave him a good introduction into the role. Interestingly, his most high profile piece of business was bringing in former Leeds United, Manchester United and England star Alan Smith.

2012 then saw him leave for pastures new by joining Southampton, which represented an intriguing challenge for him. Winning promotion to the Premier League in his first year with Saints under Nigel Adkins, his prowess for identifying talent really came to the fore at the South Coast outfit. Indeed, signing the likes of Nathaniel Clyne, Steven Davis, Jay Rodriguez, Maya Yoshida, Paulo Gazzaniga and Gaston Ramirez ensured Southampton were well equipped to compete in the top flight.

With Mauricio Pochettino taking over the managerial reins from Adkins in January, the pair would begin their excellent working relationship. For the 2013/2014 campaign, Mitchell supplemented Pochettino’s team by making some shrewd signings in the form of Victor Wanyama and Dejan Lovren. Finishing a remarkable eighth that season, the following crusade saw plentiful upheaval, with Saints not only losing Pochettino to Tottenham Hotspur, but also star names such as Rickie Lambert, Adam Lallana, Lovren and Luke Shaw.

Having done a brilliant job with Southampton, he left the club in a great position when he moved to Tottenham Hotspur to take up the post of Head of Recruitment and Analysis. Reuniting with Pochettino, the pressure was certainly on to prove himself at Spurs. He quickly got to work, as his first signing was the then 18-year-old Dele Alli.

Desperate to qualify for the Champions League having finished fifth in his debut term at White Hart Lane, the summer of 2015 saw Mitchell notably seal deals for Kieran Trippier, Heung-min Son and Toby Alderweireld. The fact Spurs finished third saw them impressively achieve their goal of returning to Europe’s elite club competition.

Consolidating on their previous season, business was more limited for the 2016/2017 campaign, with former Saints sensation Wanyama headlining the arrivals, as Spurs recorded a tremendous second place Premier League finish.

Although Tottenham building a new stadium ensured funds were limited and he reportedly struggled to get on with Spurs chairman, Daniel Levy, towards the end of his time in North London, Mitchell still reflects back fondly on his work at Spurs. “It was enjoyable,” he told The Athletic’s Jack Pitt-Brooke.

“We had some really good years. I think Tottenham at the time were always synonymous with being a bit of a Europa League team and a cup team. And I think history shows that we changed that to make them a really competitive top-four team, playing aggressive, dynamic football with a really exciting coach and a really exciting team. From my perspective delivering on the remit, which was trying to create that with the management team there. And I left satisfied that I delivered on that.”

Needing to serve a hefty notice period of roughly 18 months before he could join another team, his next opportunity arose as RB Leipzig’s Head of Recruitment and Development. Mitchell quickly got stuck into things with the ambitious Red Bull owned club, signing some hugely exciting young players in the summer of 2018. These included Nordi Mukiele, Matheus Cunha, Amadou Haidara, Tyler Adams and Marcelo Saracchi.

A year later, Mitchell was vital in orchestrating the arrivals of even more immense talents, with these coming in the form of Christopher Nkunku, Ademola Lookman, Patrik Schick, Ethan Ampadu and Hannes Wolf. Adding superbly talented Spaniards, Angelino and Dani Olmo, in January accentuated what a master of his craft he is.

Seeing as the ambitious Leipzig have cemented their position as a top tier Bundesliga side and are now regulars in the Champions League, Mitchell has every reason to be proud of his efforts. Moving into a slightly altered role within the Red Bull framework as their technical director of international soccer in 2019, he continued to do exemplary work.

Unsurprisingly, when Petrov was on the hunt for a new sporting director for Monaco, Mitchell’s name was right on top of his list. And the stars aligned perfectly, as Petrov got his man and Mitchell was keen on a new challenge. Set to be in charge of the academy, the first-team and feeder team Cercle Brugge, the 38-year-old’s relishing getting cracking in his all encompassing new assignment. “I am looking forward to coming to AS Monaco,” he explained.

“I would like to thank Mr Oleg Petrov and the club for their trust. I would also like to thank Red Bull for the years I spent at their side. I am looking forward to taking up my position, meeting the teams and starting to work together to develop the project and establish a sustainable philosophy for the club.”

Possessing an ideal philosophy to take Monaco to the next level, just as he’s done in the past, everyone at the club is backing the Englishman to help propel The Monegasques back into the Champions League and to once again be fighting at the top of the table.

“My philosophy is that you need, year on year, new voices, new profiles, just to stimulate the group. Just to keep the group competitive,” Mitchell asserted.

“Keep the group’s daily training at its maximum – that competitive stimulation that all great teams have. It doesn’t have to be a whole wave of new players. Two to three to four players every window, of the highest quality, that can try to break into that starting 11.”

Being joined by a familiar face in former Head of Global Scouting at Red Bull, Laurence Stewart, who’s also worked with Manchester City and Everton, they’ll form a formidable duo.

Appointing Mitchell just as the transfer window reopens is undoubtedly a move full of positivity and excitement, as everyone associated with the club will be eagerly keeping an eye on who he can bring in. Clearly one of the best in his field, Monaco certainly couldn’t have hoped for a better man to fulfil the role of sporting director than Mitchell.