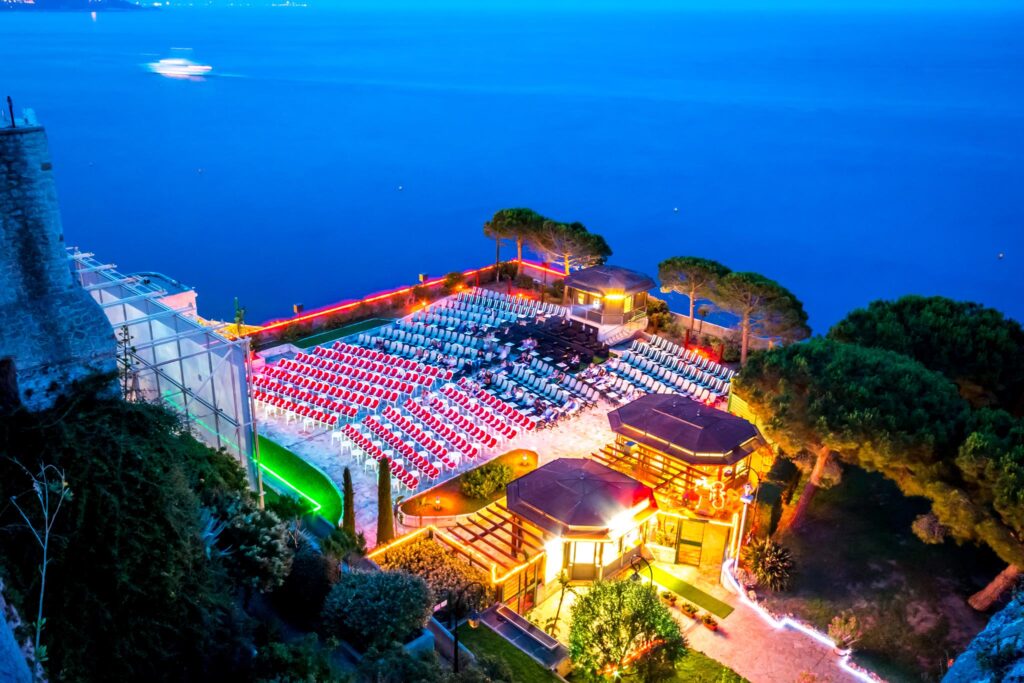 The curtain is once again rising at The Monaco Open Air Cinema, with film enthusiasts able to settle back and watch big-screen classics as of Friday last week. Ticket prices have been reduced by up to 30%.

Since last weekend, The Monaco Open Air Cinema, located next to the Rock’s Oceanographic Museum, welcomed guests back for a screening of psychological thriller The Invisible Man. It is Monaco’s only open-air cinema, one of two theatres in the Principality.

“We’ll be the first cinema in France to reopen,” said director Thierry Fréhet, whose family have run the establishment since 1948.

A star-studded but familiar programme

Despite that the cinema release calendar is on hold this year, organisers have decided to rerun classics from earlier this year. Films set to run this week include The Greatest Showman, Coco and Joker.

“We choose films made available by distributors,” explained Sergio Gomes Machado, assistant director of Cinemas 2 Monaco. “We try to choose the ones that have the best deals or the best reviews.”

Unfortunately, the possibilities remain limited, as many blockbusters have been postponed until autumn or even the beginning of next year.

However, some distributors are going ahead on release. The first post-COVID films will be screened from July 1st, with Irresistible, starring Steve Carell and Rose Byrne. Tenet and Mulan should follow on July 22nd.

Of the 550 seats usually available, capacity now stands at 300, given social distancing measures. However, the cinema has allowed for bigger groups arriving as one to move chairs together. Organisers disinfect seating every day.

The Beaux-Arts cinema should reopen on June 24th.