The Be Safe association given new vehicle 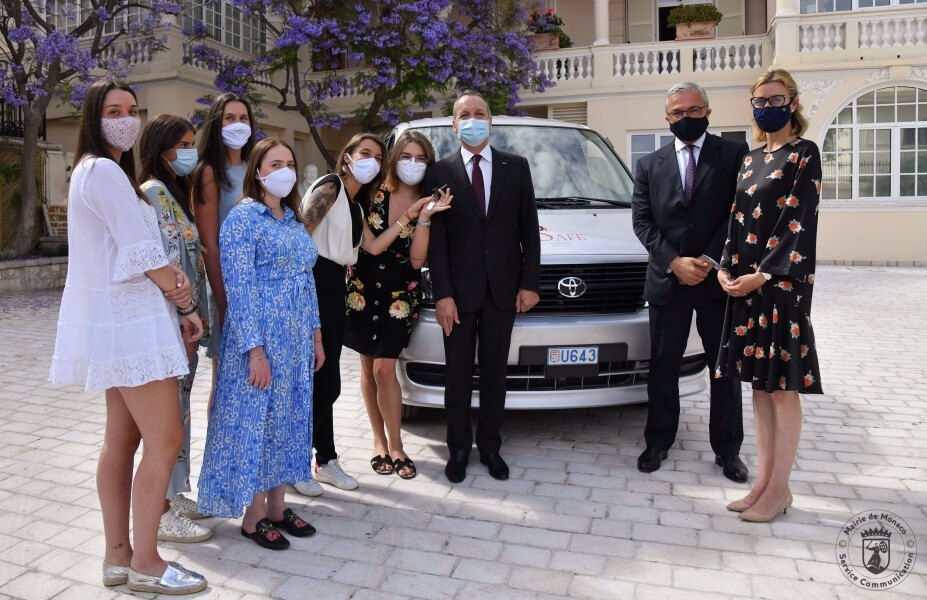 On June 18th, Be Safe, a charity which combats drink-driving, founded by Princess Stéphanie of Monaco’s youngest daughter Camille Gottlieb, received a vehicle from the Monaco town hall.

It is certainly a donation that should give a helping hand to Be Safe. On June 18th, the Mayor of Monaco Georges Marsan welcomed the five members of the organisation, donating an eight-seater vehicle. “I am sure that you are excellent messengers, using the right words and targeting the right actions,” said the mayor in a speech.

Created in 2017 by Camille Gottlieb and four friends, the Be Safe association aims to prevent and raise awareness among young people and their parents about the dangers of drinking and driving. Last summer, the charity set up a free shuttle service at Monaco’s port to bring people closer to home who had drunk over the limit. This scheme should happen again this year.

“I am sure that this vehicle will be put to good use and I sincerely hope that it will help you to continue the shuttle system, enabling young and old alike to return home safely, not only for themselves but others also, after those nights where too much has been drunk,“ concluded the Mayor of Monaco.