Who is Paul Mitchell, AS Monaco’s new sporting director 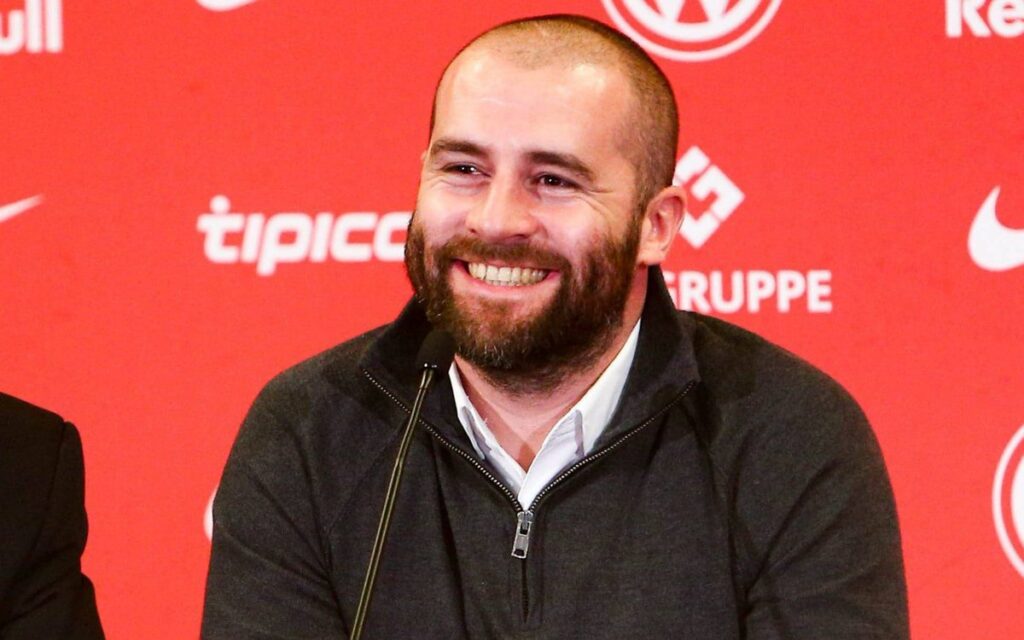 Although little-known in France, Paul Mitchell has just been brought into the fold as AS Monaco’s Sporting Director. After spells at Southampton and Tottenham, the 38-year-old, who has been with RB Leipzig until now, is about to take on a new challenge. Former modest British footballer who retired from the pitch at just 27, today he can boast of having given players like Dele Alli and Sadio Mane their big break.

Oleg Petrov has uncovered the hidden gem that, for several weeks, he’s has searched for so intensely. By bringing in Paul Mitchell, who arrived from RB Leipzig, AS Monaco’s Vice President and managing director has found himself a big name from the midfield, with an impressive CV given his successful spells at Southampton, Tottenham and Leipzig. So what’s in store for ASM’s revival, a team searching for a new lease of life after yet another season without a European Cup?

A real talent for talent

His portfolio is impressive, to say the least. Almost unbelievable. Pragmatic, the British-born addition isn’t one to shy away from risk, as evidenced by the many chances he has taken throughout his career. His main exploit seems to be finding players in lower divisions or secondary leagues and turning them into international stars, such as Senegalese international Sadio Mane, who was spotted at Red Bull Salzburg and who is now one of Liverpool’s winning players under Jurgen Klopp. That’s not all. Paul Mitchell has also brought Dele Alli, Toby Alderweireld, Heung-min Son, Kieran Trippier, Dusan Tadic, Graziano Pellè, Nordi Mukiele and Dayot Upamecano into the limelight. Accomplished players, all of them arrived timidly in the different clubs where Mitchell was involved.

Former player with a broken career

Paul Mitchell was a player in England’s Champions League before he took up the role of sporting director and Head of Recruitment. Native to Stalybridge, a town near Manchester in north-west England, he was a member of the youth teams at Manchester City and then Wigan Athletic, going on to play for Halifax Town, Swindon Town and Milton Keynes Dons in the lower divisions of British football. Unfortunately, a serious ankle injury forced the defender-midfielder to end his career prematurely in 2009. It brought in the beginning of his new career, behind the scenes, away from the pitch.

Paris Saint-Germain and Manchester United in the spotlight

After two seasons of building a formidable side at Tottenham Hotspur with Mauricio Pochettino, which reached the 2019 Champions League final a few years later, relations between Paul Mitchell and the club’s management became strained. He resigned in 2016, with 16 months’ notice. This was enough to catch the eye of major European clubs, such as Manchester United and Paris Saint-Germain, who realised what an opportunity it would be to collaborate with the British footballing wizard. Finally, in February 2018, Mitchell came to RB Leipzig. Developing the youth squads, and the project in general, swayed the ex-Southampton player. The game was

Promoted to Red Bull’s Chief Technical Director just a year and a half after arriving in Leipzig, Paul Mitchell coordinated the Red Bull teams and its many satellite clubs, including Red Bull New York, Reb Bull Salzburg and Red Bull Bragantino. Although a position of great responsibility, it was far less appealing to the Englishman who missed being pitchside. In two seasons, however, Leipzig has shone brightly not only within the German league, competing with Bayern Munich, but also in Europe, with a Champions League quarter-final still to be played when the season resumes this summer. His key to this success is strict recruitment guidelines, as he only recruits players under 24 years of age. It certainly is a successful system, allowing Michell to bring in Christopher Nkunku (21), Ademola Lookman (21), Hannes Wolf (20), Dani Olmo (21) and Patrik Schick (23).