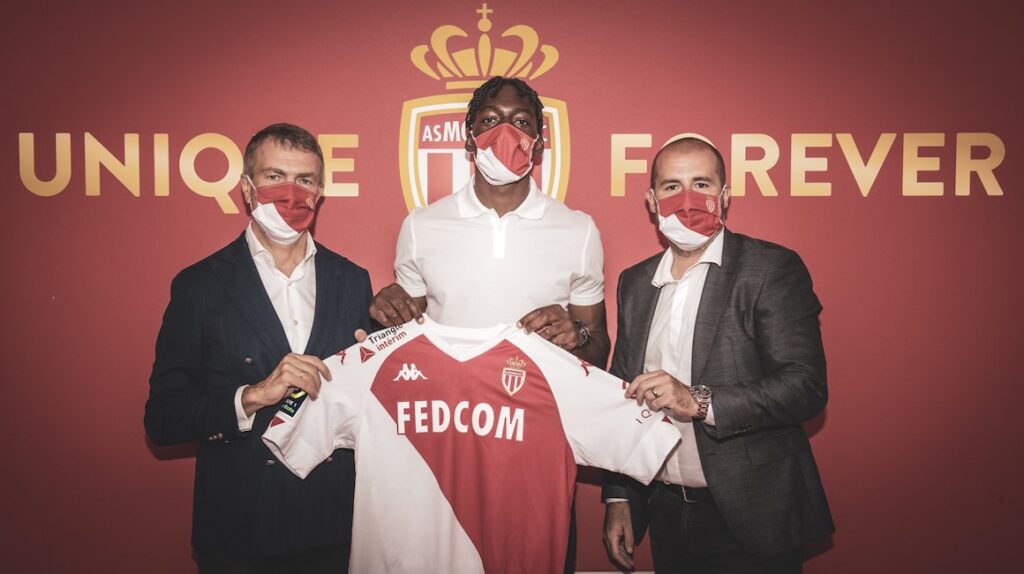 The French defender from Stade de Reims officially signed with AS Monaco this Friday. The 22-year-old Axel Disasi has signed a five-year contract with the club. The amount of the transfer is estimated at 13 million euros.

Axel Disasi’s arrival at AS Monaco has been in the news for several days now, with the Principality’s club officially announcing his arrival this Friday morning.

The Congolese-born central defender (1.90m), a former French U-20 international, has been approached by a number of European clubs and has chosen to stay with ASM until June 2025.

Disasi has played for Paris FC and was regularly outclassed in youth teams until making his professional debut at just 17 in the Parisian jersey in 2015-16.

Recruited by Stade de Reims at the end of that same season, he continued his apprenticeship by becoming French Ligue 2 champion in 2017-18 and then one of the main players of Stade de Reims defence (27 out of 28 matches) last season. It was also a successful year for him, as he made a remarkable contribution to Stade de Reims’s honorary title as the best defence in Ligue 1 2019/20, conceding just 21 goals in 28 matches.

I’m delighted to be involved with AS Monaco. This is a great opportunity for me to demonstrate my qualities at the highest level and to continue my progress at a club with high ambitions. I’m looking forward to starting training with my new team-mates and I’m going to put all my energy into helping the team achieve its goals at the end of the season

We are delighted that Axel has chosen to join AS Monaco. His qualities as a defender, his maturity and his experience in the French Championship, despite his young age, will be additional assets that we are happy to make available to Niko Kovac’s squad for the next five seasons.

The arrival of Axel Disasi corresponds in every respect to the club’s desire to strengthen the professional group on the basis of defined profiles and to rely on a competitive team with a view to achieving the objectives set for this season.